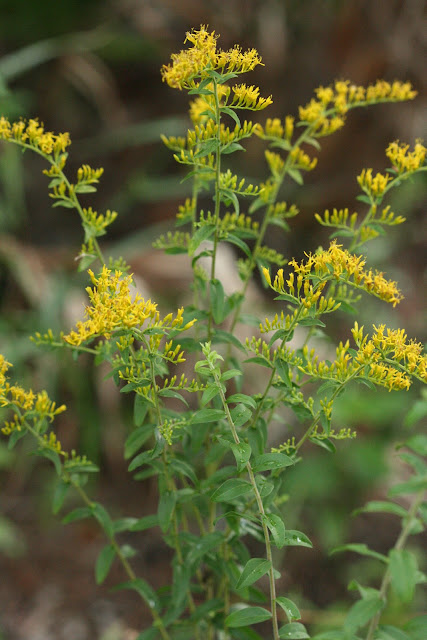 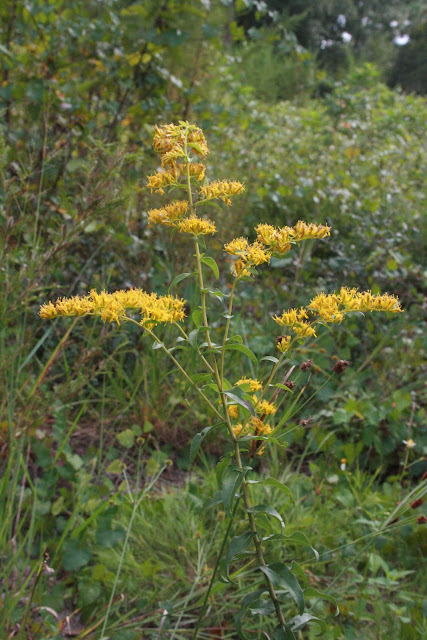 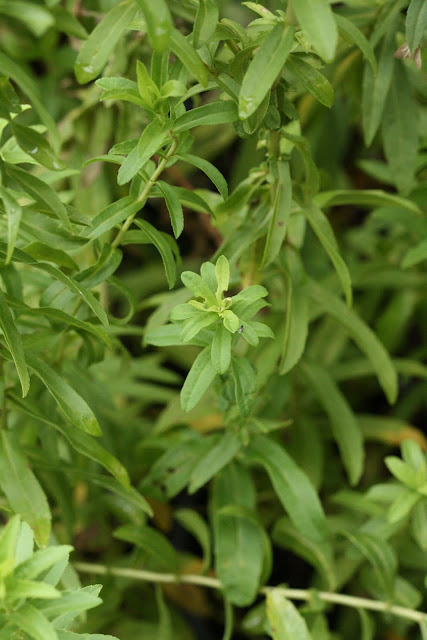 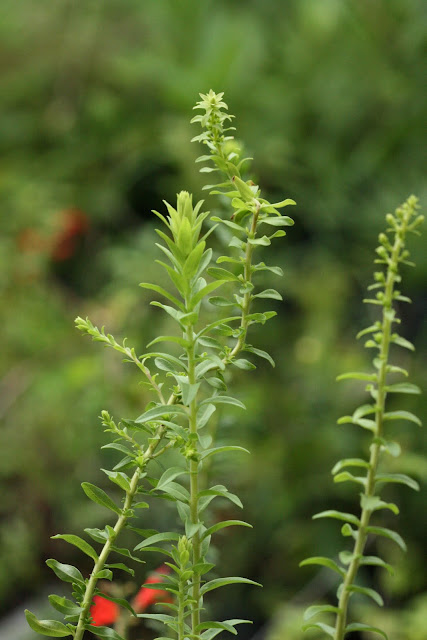 Chapman's goldenrod (Solidago odora var. chapmanii) is the southern version of a widely occurring goldenrod known for its highly aromatic foliage, (S. odora var. odora).  Unlike its more northern relative however, Chapman's goldenrod has only faint fragrance and is poorly suited to making such things as herbal teas.
Chapman's goldenrod is found throughout the peninsula and is scattered also in a few panhandle counties.  It is a near endemic as it is found outside Florida only in a few counties in Georgia.  It is a frequent component of mesic to more xeric pinelands and open habitats throughout its range.  I encounter it nearly everywhere I hike in upland settings.
This is a medium-sized member of the genus and generally extremely well behaved in the landscape. Like nearly all members of the genus, it is deciduous and makes its appearance known in early spring.  Its elliptical foliage often goes unnoticed until it begins to send its flower stalk upward in early summer.  This is one of the earliest goldenrods to bloom, so it reaches its mature height of 3-4 feet by about July.  If you notice flowering goldenrods in Florida in July and August, they are most certainly Solidago odora.
Flowering occurs throughout mid to late summer and is often done about the time most other species in Florida begin.  The heads are irregular to rather "formal" pannicles with many side shoots forming near the top that can go off at right angles to the main stem. The heads are not particularly dense, but they are attractive.
We have grown this species in our landscape at Hawthorn Hill for many years and find it to be a wonderful addition to a mixed wildflower bed.  Chapman's goldenrod suckers, but very unobtrusively.  Stems appear widely scattered over time so it mixes throughout the bed; not forming dense monocultures as some do.  Its moderate size also makes it blend well with many other wildflowers. Chapman's goldenrod is not fussy about growing condtions, but it will not perform well if given too much moisture.  Otherwise, it is a very easy species to maintain.
Chapman's goldenrod is one of the goldenrods nearly always available from nurseries affiliated with FANN- the Florida Association of Native Nurseries. You may have to search a bit, but its excellent landscape qualities make the time well spent.
Posted by Hawthorn Hill at 6:59 AM