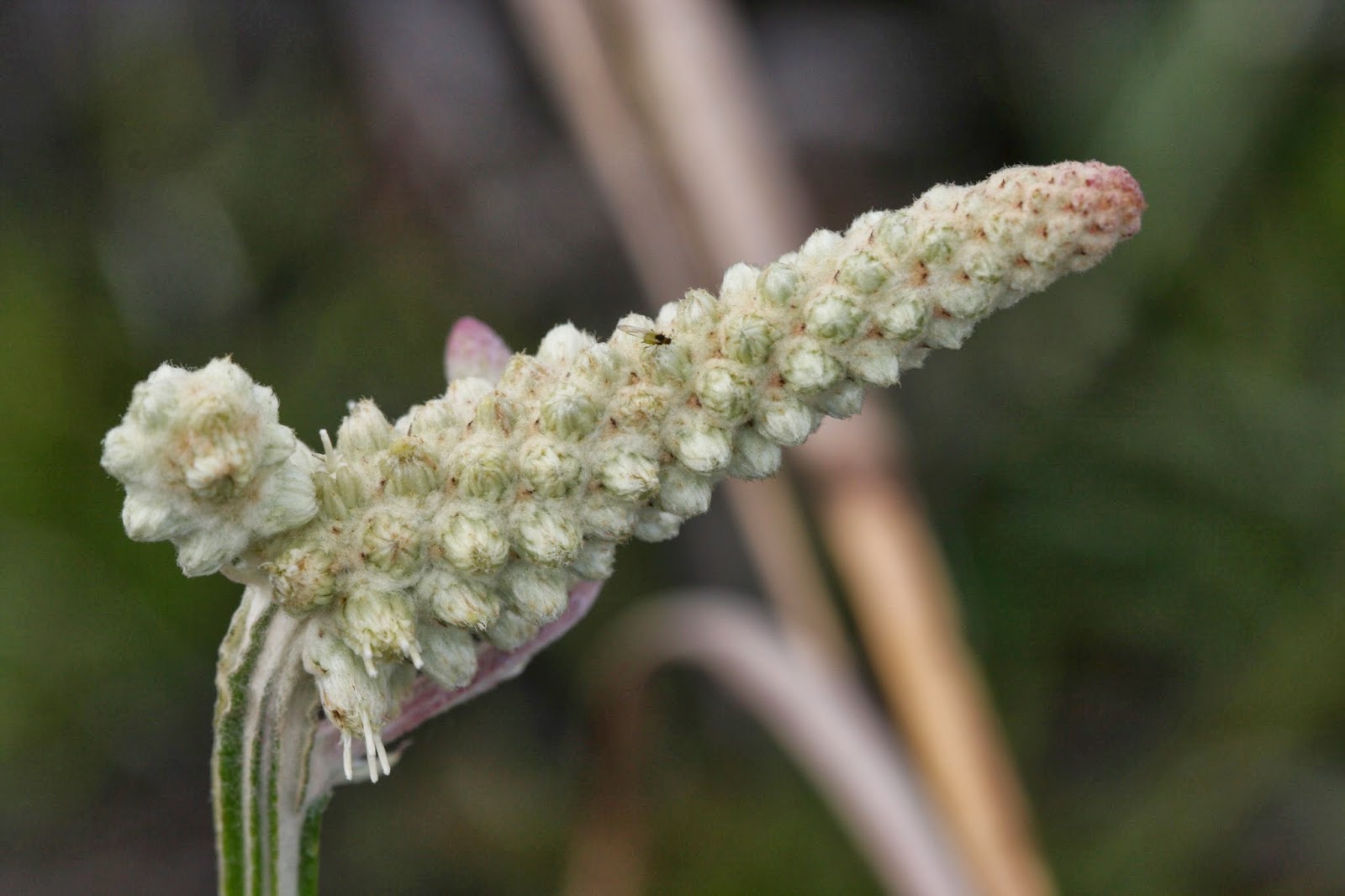 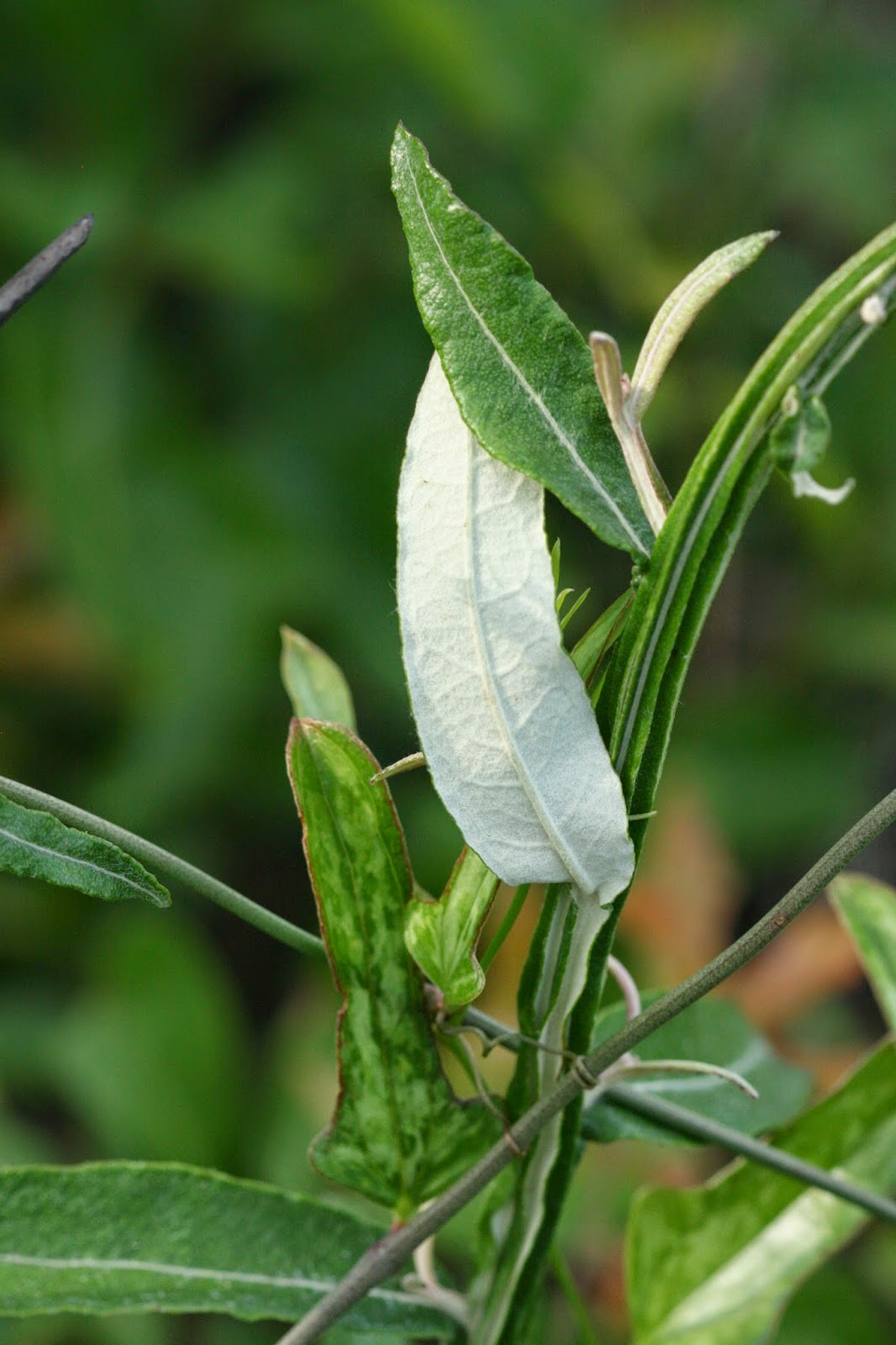 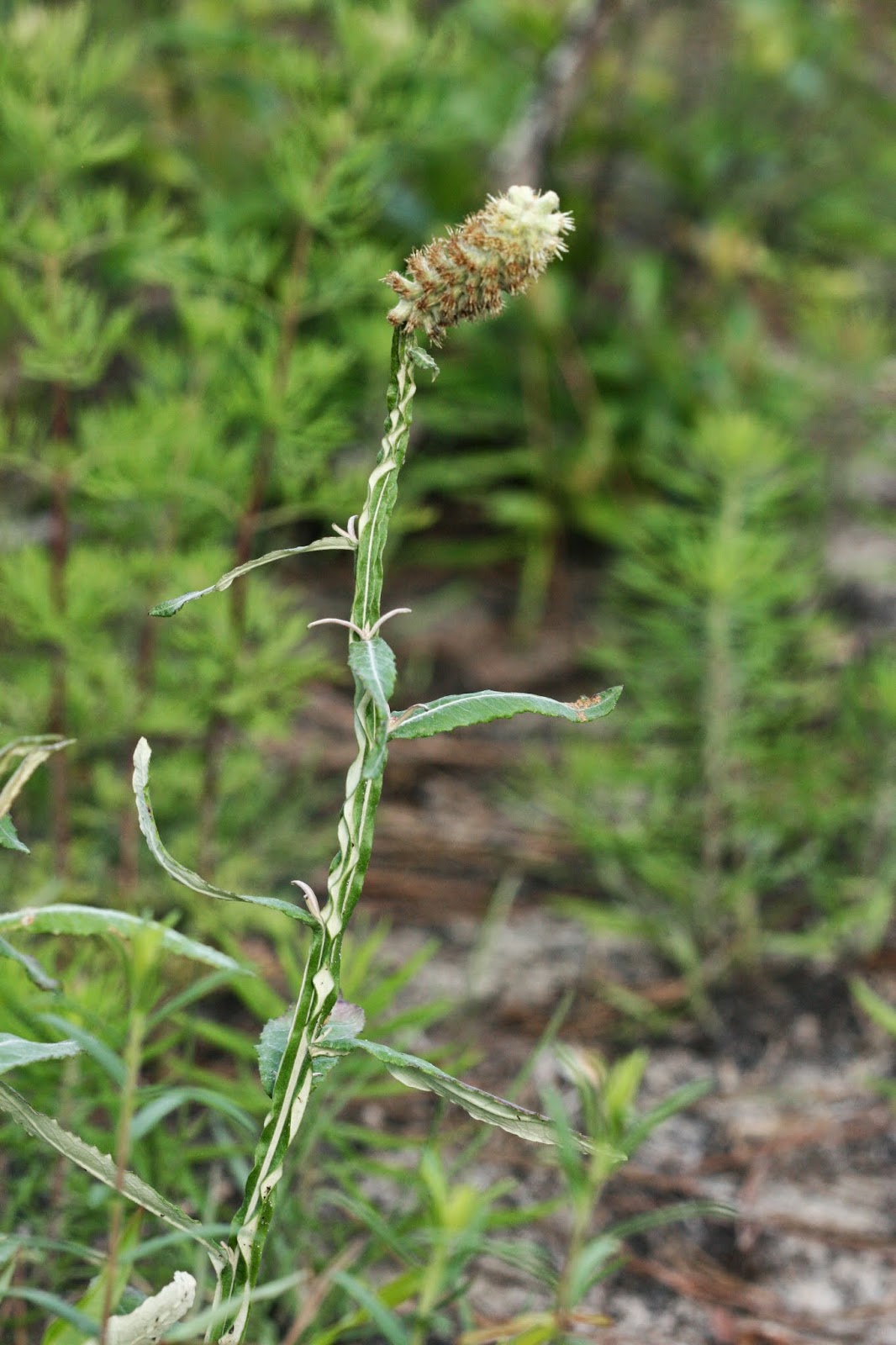 Blackroot (Pterocaulon pycnostachyum) is found statewide in Florida in a variety of sunny upland habitats. It also is found in much of the Southeastern Coastal Plain - from Mississippi to North Carolina.  In much of this region, it is quite common, but its lack of showy blooms can make it "invisible" to those who are not observant. The dark, thickened roots, which give it its name, are only noticeable if you dig the plant up - but, don't......
Blackroot is a member of the aster family and the sole species in Florida in this genus.  The only other member of this genus in North America, wand blackroot (P. virgatum), is quite rare and only found in Louisiana and Texas.  As their ranges do not overlap, identification is not confusing..  These are deciduous perennial species that die back to the ground in winter.  It emerges in early spring, producing a rosette of basal leaves and then a wand-like flowering stem that reaches a mature height of 1-2 feet by early summer.  The foliage is distinctive.  The stems and undersides of the linear leaves are densely covered by silvery "hairs", and the stems are conspicuously winged.  The upper surface of the leaves is deep green in color and somewhat shiny.
Flowering can occur from late spring through late summer, atop each stem.  The spiky inflorescence is up to 4 inches long and composed of numerous knobby dull white flowers. These open from the base of the inflorescence to the tip over a several-week period.  As an aster, these flowers attract a variety of pollinators; mostly small bees and butterflies such as hairstreaks and skippers.  Once flowering has finished, the spike becomes fuzzy as the ripened seeds get ready to disperse.
Blackroot is a common and interesting member of Florida's upland plant communities, but its lack of truly showy blooms has seemingly kept it from being propagated by commercial sources.  We have not yet added it to our offerings at Hawthorn Hill, but get inquiries from time to time.  If you wish us to grow this wildflower, let us know.

Posted by Hawthorn Hill at 9:02 AM