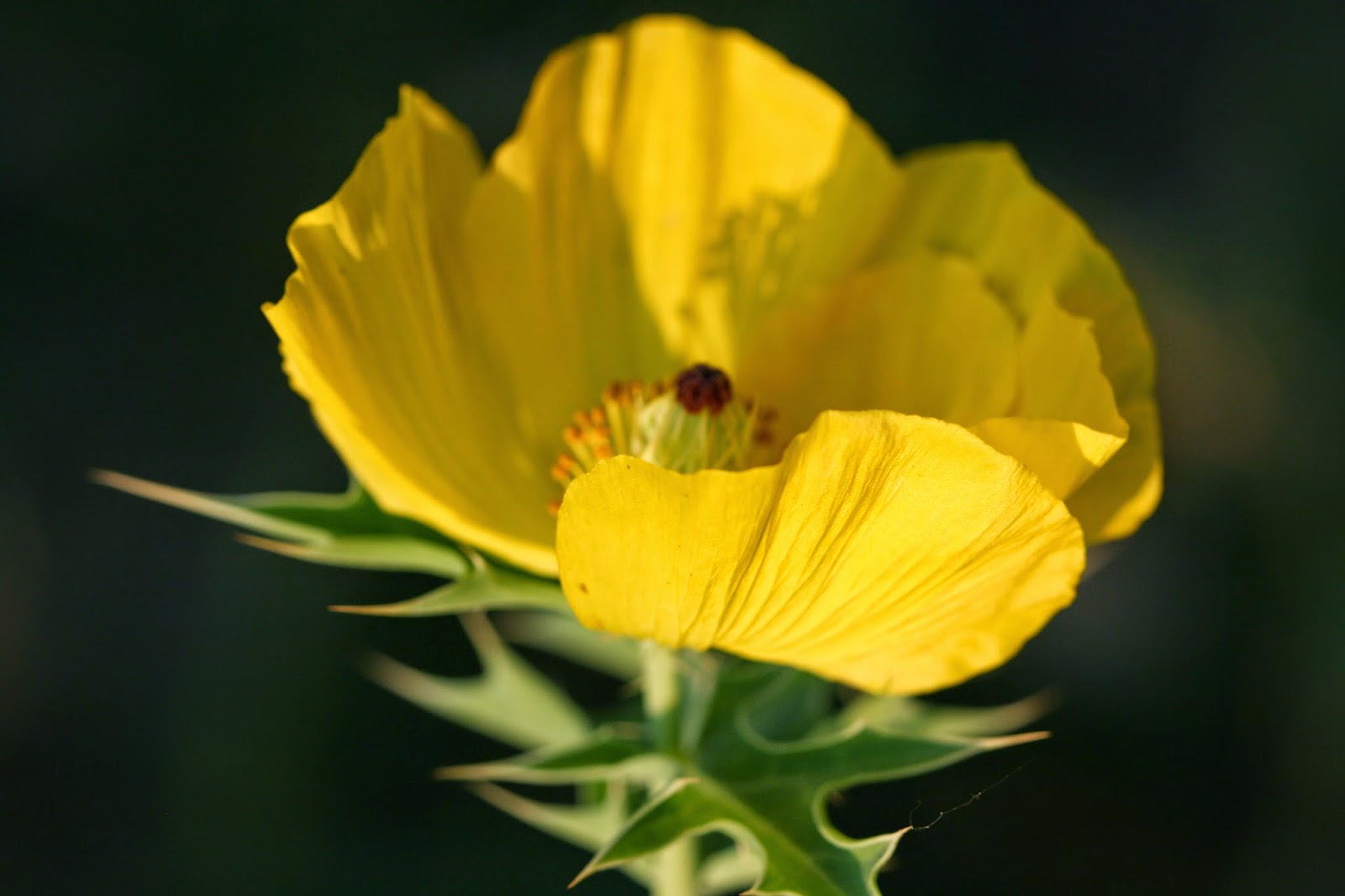 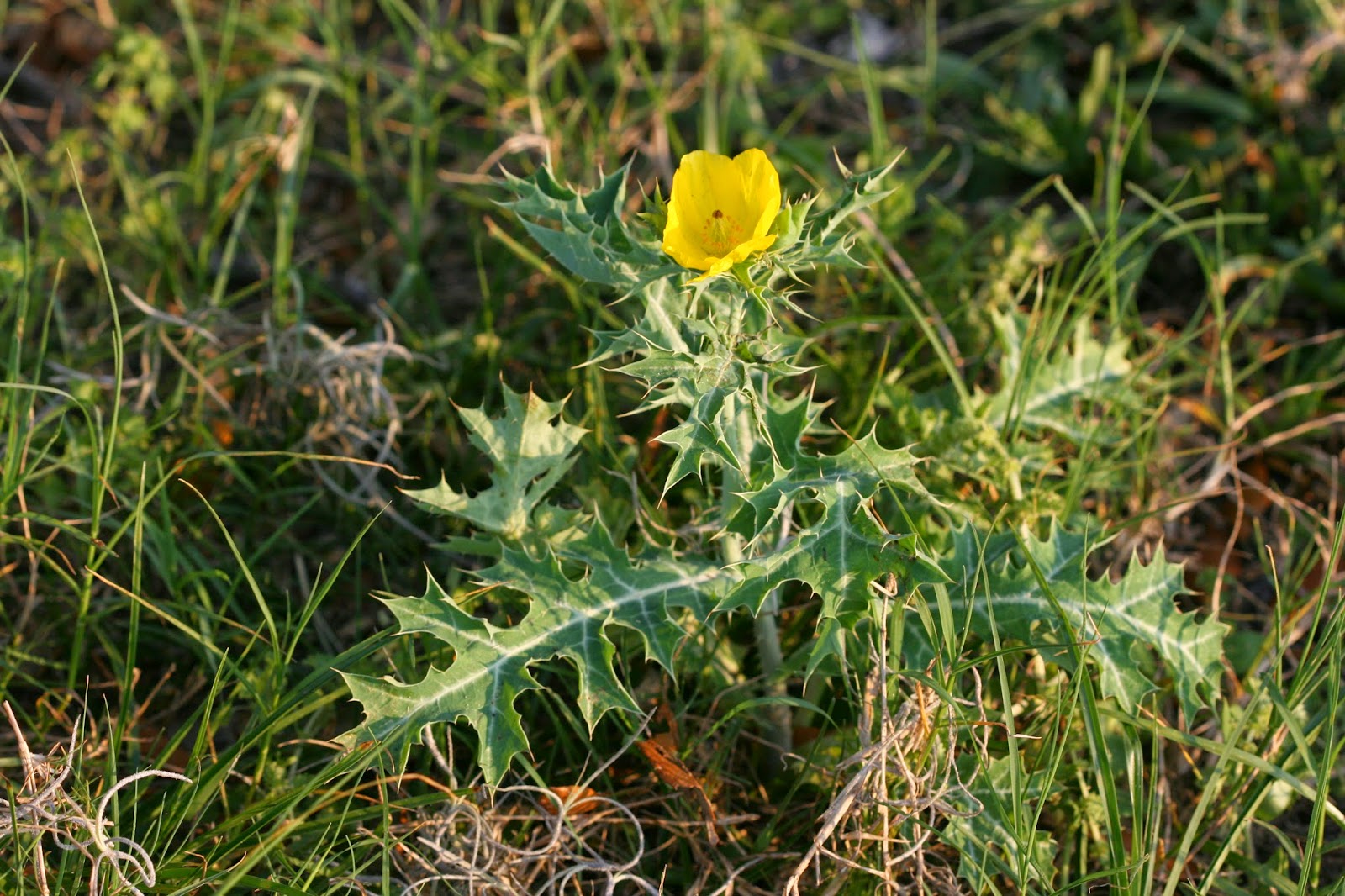 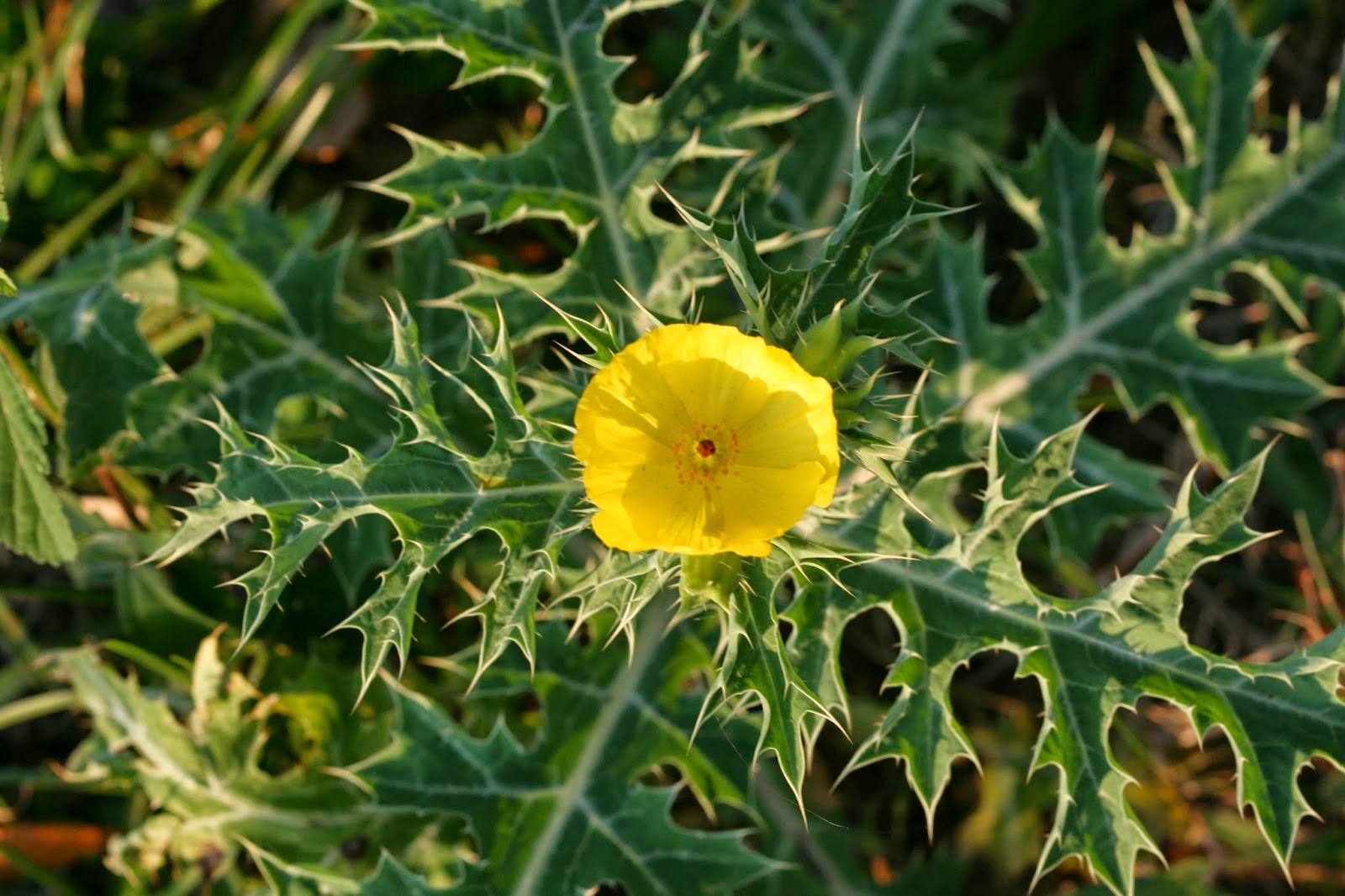 Mexican pricklypoppy (Argemone mexicana) is an annual found primarily in disturbed sites throughout peninsular Florida.  It is also found in scattered locations throughout the Panhandle, and is documented in most states in the eastern 2/3rd's of the US.  It also has been introduced into Ontario and Alberta Provinces in Canada.
Mexican pricklypoppy might be considered an unwanted weed were it not for its beautiful flowers.  It behaves quite similarly to the true thistles in the genus Cirsium.  Plants develop from the copious seed in late winter/early spring.  A deep taproot is quickly developed as is a basal rosette of extremely spiny leaves.  Each of these leaves is about 6-8 inches long and deeply lobed.
Growth upwards begins in earnest by early spring.  Plants eventually stand 2-3 feet tall. In central Florida, full growth is achieved by mid-March and flowering commences. The bright canary-yellow blooms are several inches across and are similar in appearance to its well-known cousins, the true poppies.  Mexican pricklypoppy flowers are of great interest to pollinators.
This is a difficult plant to keep in cultivation as it spreads quickly in agreeable sites and its thorniness makes it a challenge to weed.  As it is an annual, it requires open soil around it to reseed effectively. Nonetheless, it and its white-flowered relative (A. albiflora) can make good additions to a pollinator garden if you are willing to do some thinning each year.  Plant it in open sandy and sunny areas, somewhere in the back half of the planting bed and not near a walkway or trail.  I have not seen this species offered in cultivation by members of FANN, the Florida Association of Native Nurseries, so gather some seed along roadsides or disturbed fields if you are determined to use it.
Posted by Hawthorn Hill at 9:27 AM