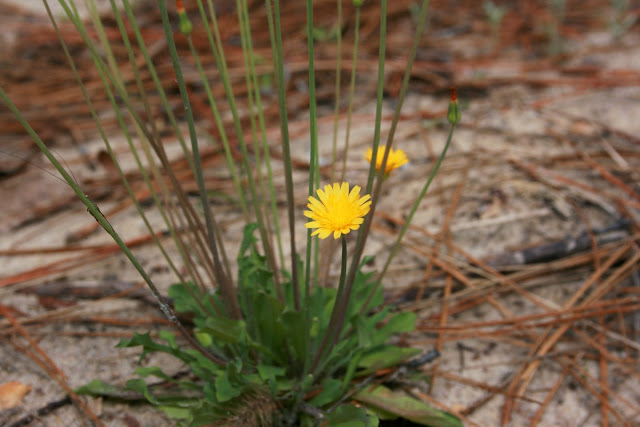 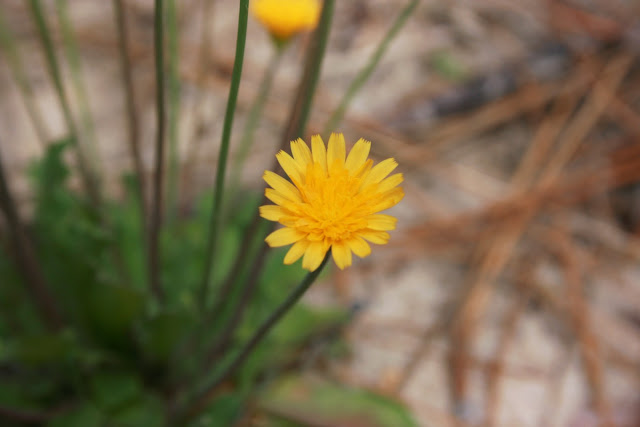 Dwarf dandelion (Krigia virginica) is a tiny member of the aster family, but only distantly related to the true dandelion (Taraxacum officinale); a non-native species from Eurasia more common to states to our north.  Dwarf dandelion is found in a variety of upland habitats throughout the northern half of Florida. It is also found in most states and provinces in the eastern half of North America.
This is an annual that forms a basal rosette of strap-like leaves, with irregular teeth - each about 2 inches long.  They look very much like a dwarf version of the common dandelion. Multiple flower stems arise from the central portion of this leaf mass and reach a height of about 2-3 inches. The small yellow flowers occur one per stem in the spring and are about 1/2 inch across. The flowers remain open for at least a week and eventually produce a fluffy seed head - again, much like the common dandelion.
It is unlikely anyone will ever offer this diminutive wildflower for sale.  It is an attractive plant nevertheless.  Look for it in open sunny well-drained habitats in April-May and admire its simplicity.
Posted by Hawthorn Hill at 2:33 PM