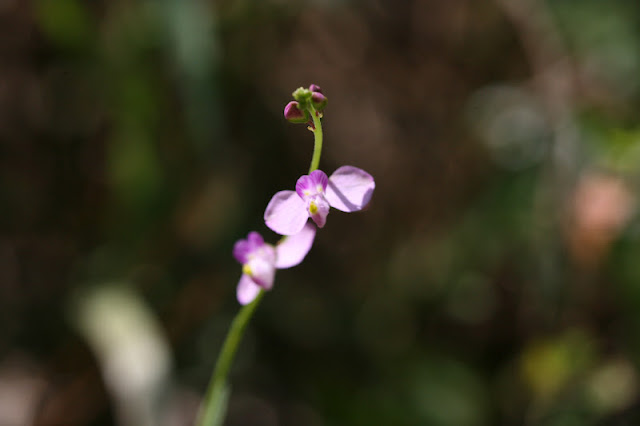 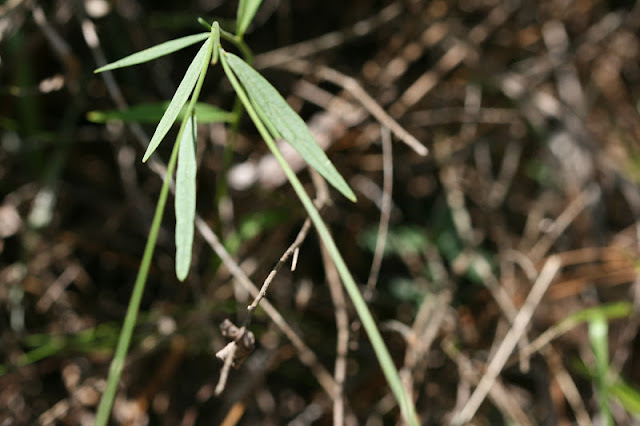 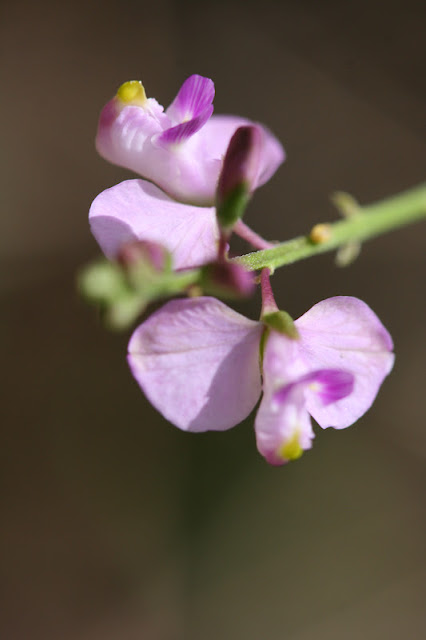 Showy milkwort (Asemeia violacea; fka P. violacea and P. grandiflora) occurs statewide and in much of the Southeast, from the Carolinas ﻿to Louisiana.  It also occurs in some of the Caribbean Islands and into northern South America.  Throughout this range, it is resident to upland sites with well-drained low-organic soils.
Showy milkwort is a rather diminutive annual herbaceous plant, for despite its most-widely used common name, it rarely stands taller than 12 inches with thin stems, narrow elliptical leaves, and tiny flowers.  When not in bloom, plants are difficult to detect in the herbaceous understory, but its brightly colored flowers are quite noticeable as they dangle from the ends of the main stems.
Though flowering can occur in nearly any month in more tropical climates, it is most likely from early to late summer in central to north Florida.  Many flowers may be open along the main stems and they look a bit like Phalaenopsis (moth) orchids with their wide-spreading bright pink petal-like sepals and their cup-like lower lip.  The conspicuous yellow spot is actually on the upper petal. As the flowers get pollinated (mostly by small bees), they develop into small brown capsules that shed seed in late fall.
Showy milkwort has never been offered by nurseries affiliated with FANN- the Florida Association of  Native Nurseries (to the best of my memory) and would make a difficult landscape plant given its annual nature. If you find plants offered for sale or have access to seed that can be legally collected, try it in open sandy areas and do not mulch it. Because of its size, plant it near the front of a mixed wildflower bed.

Posted by Hawthorn Hill at 3:49 PM