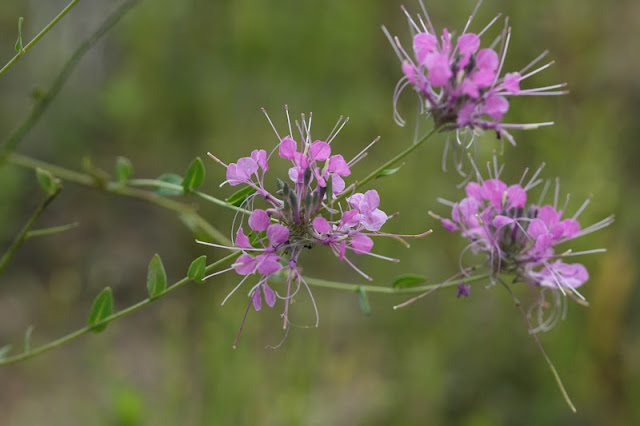 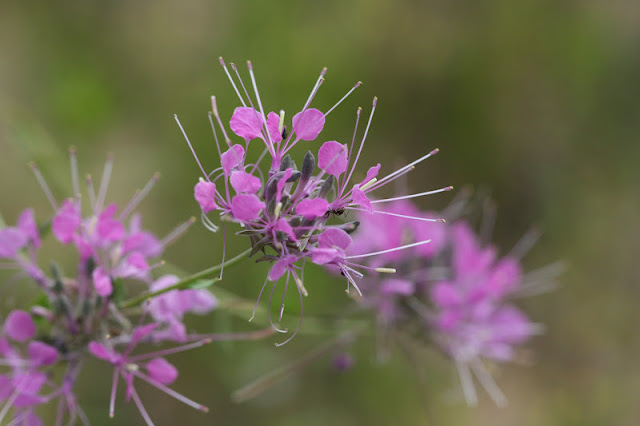 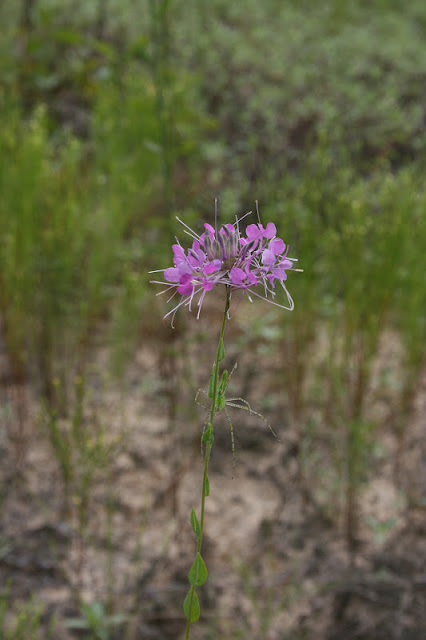 Sessileleaf pinelandcress (Warea sessilifolia) is one of only four species of this genus native to Florida.  All are rare and confined in their distribution, but sessileleaf pinelandcress is not listed by either the state or federal government. Like other members of this interesting genus, it is an annual and relies on the production of copious numbers of seed each year to survive.  Sessileleaf pinelandcress occurs in sandy open pinelands and road shoulders within the western and central panhandle.  It also is found in Georgia and Alabama.
As an annual, seedlings emerge in early spring and form a rather nondescript set of basal leaves.  These go unnoticed, but a central flowering stalk emerges from the center in early summer, reaching a mature height of about 3 feet by August.  As the Latin name implies, the leaves are attached directly to the stem without a petiole.  Each is oval in shape and no longer than 1 inch.
The flowers open from August through September and are spectacularly colored.  Almost the color of some phlox (Phlox spp.), they stand out brilliantly along roadsides and in open fields.  In this species, the flowers are a fuschia pink, though there sometimes are flowers in lighter shades.  This is a mustard and the pollinated flowers eventually produce long thin seed pods that split and twist, sending the tiny dark seeds away from the parent plant.
None of the Wareas have been offered commercially and they are a difficult species to maintain in a landscape - native or not.  They thrive in open sands in full sun and seem to do best if the ground is disturbed slightly- mowed roadways and edges of trails are favorite haunts.  This is simply a beautiful wildflower that should be admired if encountered and left in place to distribute its seeds for next year.
Posted by Hawthorn Hill at 2:26 PM