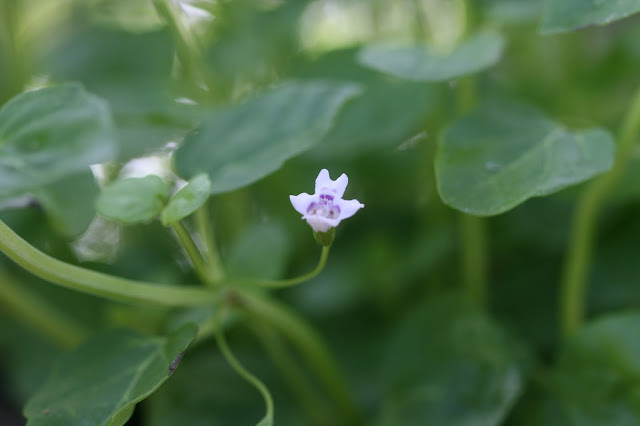 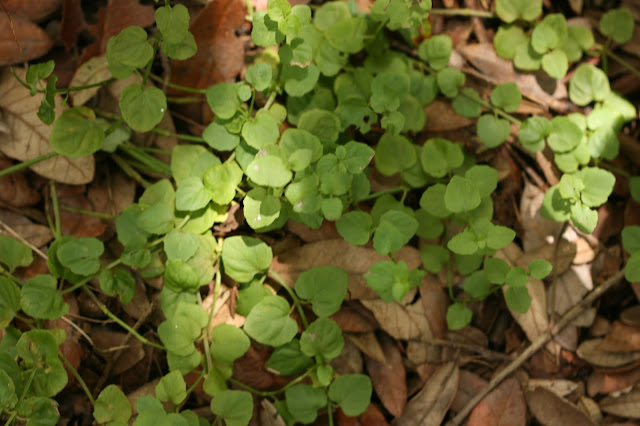 Browne's savory (Clinopodium brownei) was formerly known as Micromeria brownei and appears under that name in most currently published books. It is found sporadically throughout Florida and a bit north of us from Georgia to Texas.  It also is reported from the Caribbean where it is sometimes called West Indian thyme.  Throughout its range, it is found in freshwater wetlands, from disturbed ditches to the edges of intact forested systems.  It tolerates full sun in wet areas, but will persist in moist locations with less sun. It is a perennial that dies back to the ground in winter.
Browne's savory is a mint.  Its small square stems give this away as does its highly aromatic foliage. I was first made aware of this plant by my late friend and edible plant expert, Dick Duerling, who used to bring it to his talks and extol its virtues as a tea. The fragrance is unique, but quite minty.  The stems creep across the ground in all directions, rooting at the nodes and forming a mass.  The arrow-shaped leaves are opposite each other and have a distinct petiole.  This helps to separate it from other species that have the same growth habit and habitat preference - Bacopa and Lindernia, especially. The leaves also have a wavy edge.
Flowering is most common in the spring and summer. The five-lobed blooms occur in pairs at the leaf nodes. The upper three lobes are rounded while the lower two are more pointed in appearance. Each flower is white and tubular in shape, with distinct purple splotches in the throat. They attract very small pollinators.
Browne's savory is a wetland plant that will not persist if planted in sites that dry out. It is somewhat forgiving of short-term drought if protected from full sun, but it has always failed in my droughty woodland landscape when I fail to water it regularly.  In the right location, however, it makes a very attractive ground cover.  It also makes an interesting plant for a hanging basket - which is where we have ours currently. Just don't forget to water it frequently. This plant is only sporadically sold by nurseries affiliated with FANN - The Florida Association of Native Nurseries.

Posted by Hawthorn Hill at 8:43 AM