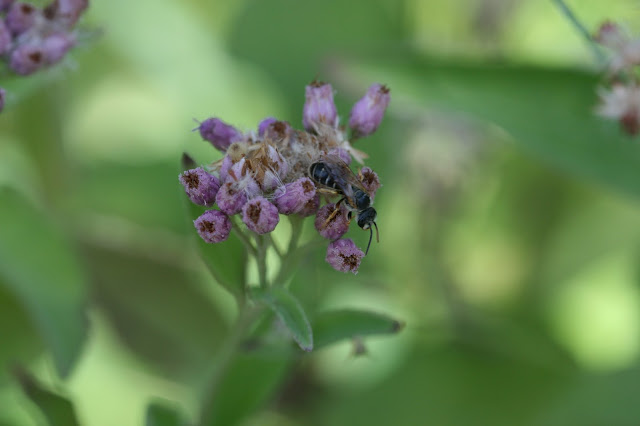 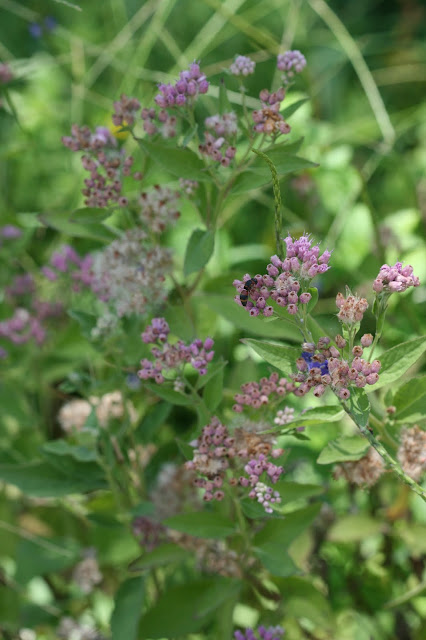 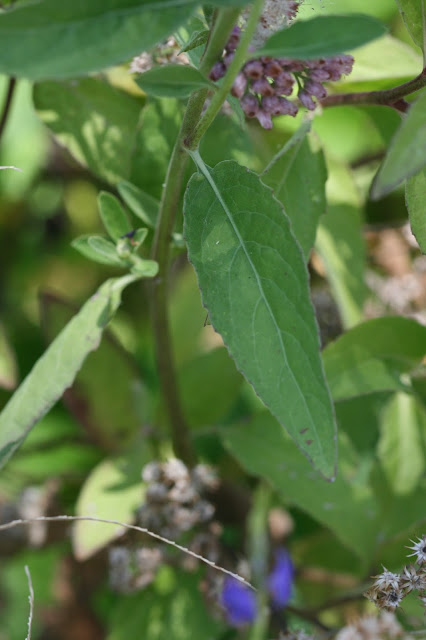 Sweetscent camphorweed (Pluchea odorata) occurs statewide in Florida in a wide variety of wet sites from tidal marshes to the edges of wet ditches and hardwood hammocks.  This species is also found throughout eastern North America as well as much of the southern U.S. - being absent only from the Great Plains and the Northwest. Camphorweeds, as a genus, sometimes get a bad name for their highly aromatic foliage which smells something like mothballs.  Sweetscent camphorweed is somewhat more pleasing to some observers than the others.
Sweetscent camphorweed is an annual or sometimes a short-lived perennial.  Like other members of this genus, it is a coarse herbaceous species with stiff stems and rough foliage. It reaches its mature height of nearly 6 feet by early summer. The leaves are 2-6 inches in length, elliptical in shape and with a toothed margin.  Unlike a few others in this genus, the leaves have a distinct petiole, nearly 3/4 inch long, that attaches them to the main stem.
Flowering occurs from summer to early fall.  The pink to rosy flowers are borne atop the main stems in flat clusters - cymes.  Only a few remain open at any one time. Despite the lack of ray petals, sweetscent camphorweed is somewhat showy at the peak of blooming.  The large number of blooms attracts pollinators, especially bees.
Camphorweeds are somewhat weedy in their growth habit and tend to spread in the home landscape. Given this trait and the fact that sweetscent camphorweed is also an annual, it has limited use in a home landscape designed around wildflowers. It has not been grown commercially by members of FANN - the Florida Association of Native Nurseries.  It would be easy to propagate, however, from the wispy seed heads in fall. Just make sure you can give it the moisture it requires - either salt or fresh.
Posted by Hawthorn Hill at 4:15 PM