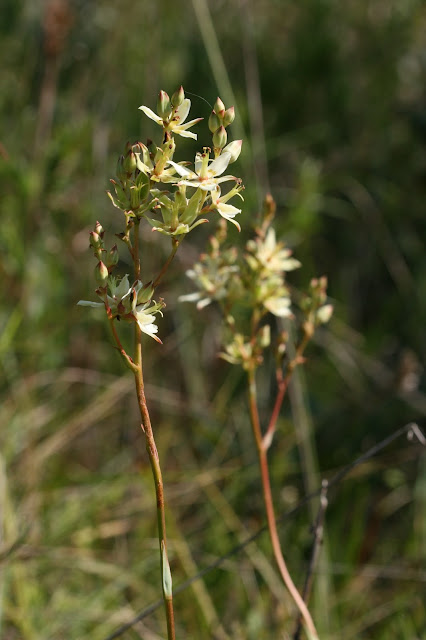 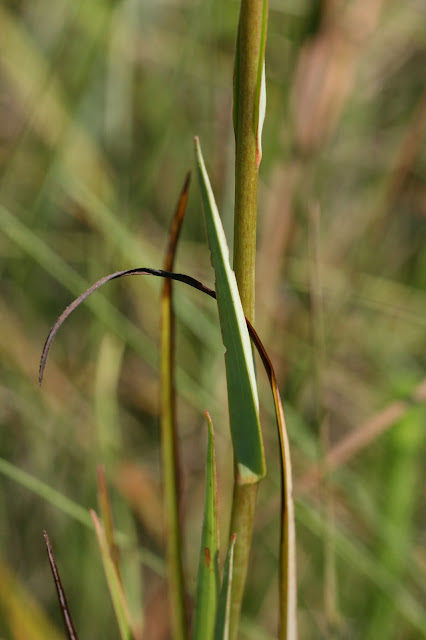 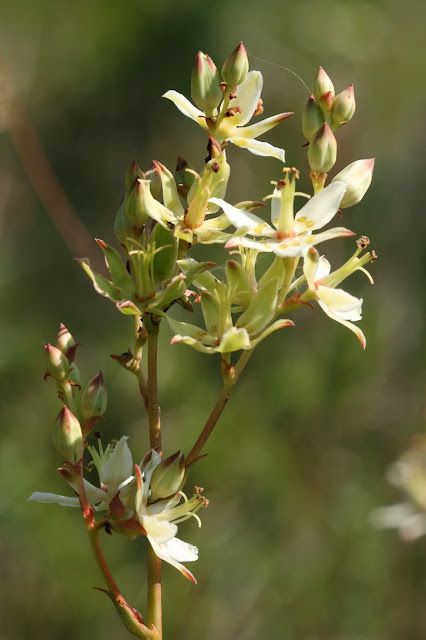 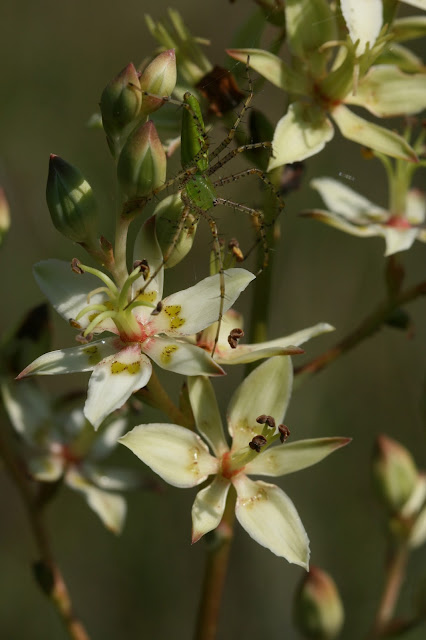 Sandbog deathcamus (Zigadenus glaberrimus) is a member of the "death camus" family, so named because they produce strong alkaloids poisonous to livestock and humans if consumed. This species is common to wet savannas and marshes in the central and western Florida Panhandle. It also is reported from all the states that comprise the Southeast Coastal Plain - Texas to Virginia, though it has not been reported from Louisiana. Sandbog deathcamus is in a monotypic genus - other species once included with it have since been placed in other genera.
This is an herbaceous perennial species that dies back to its thick woody rhizome in winter. The coarse grass-like leaves are produced in spring. The basal leaves are clumped near the ground, but alternate along the flowering stem.  The 3-5 foot tall flower stalk grows rapidly and reaches maturity by mid-summer.
Sandbog deathcamus is a member of the extended lily "family" and, like so many in this group, its flowers are quite attractive.  The creamy white blooms are produced in profusion atop a multi-branched reddish stem. The 3 petals and 3 sepals are nearly identical ("tepals"), are tipped in rose pink, and have two conspicuous golden blotches near their base.  These flowers are attractive to bees and butterflies - and this also attracts predators, like the green lynx spider photographed above.
In my 30 years of living in Florida, I have not seen sandbog deathcamus offered for sale commercially, though it has great aesthetic appeal and value in a wetland pollinator garden. Perhaps this will change as demand for more wildflower diversity is generated by the Florida public. Until then, you will have to be satisfied admiring it in those wild places where it is found.
Posted by Hawthorn Hill at 8:13 AM