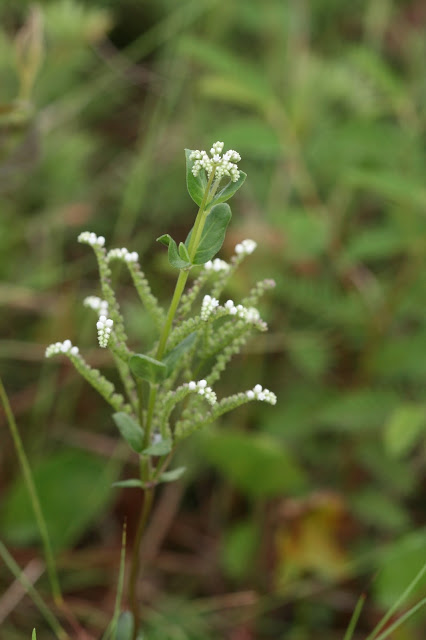 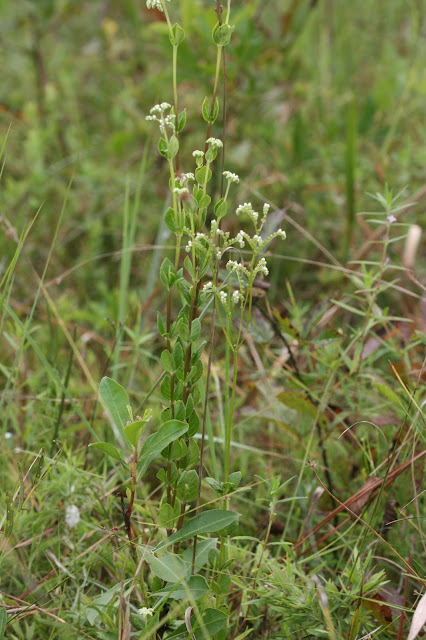 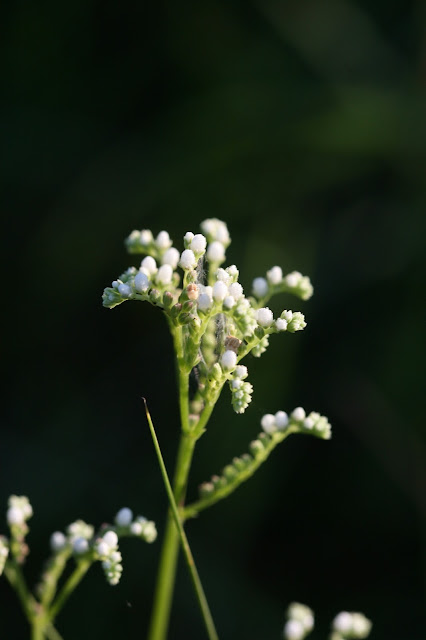 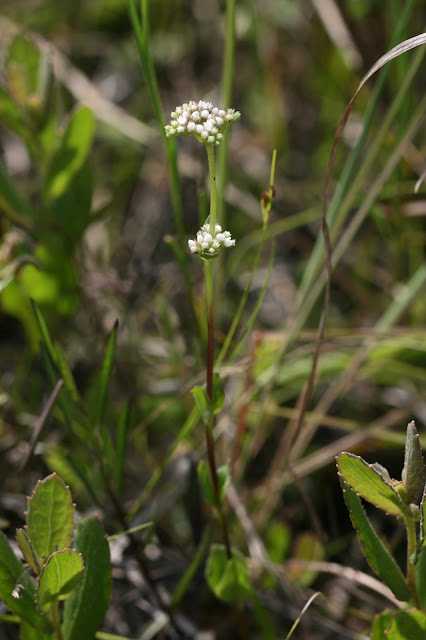 Swamp hornpod (Mitreola sessilifolia) is a common wetland species, found nearly statewide in open marshes, bogs and savannas.  It also occurs throughout the Southeastern Coastal Plain from Texas to Virginia. Though common in the understory, it can go largely unnoticed when not in bloom.
Swamp hornpod is an annual herbaceous wildflower. It forms a single erect stem that generally stands 12-18 inches tall by summer. The opposite oval leaves have noticeable teeth along the margins and the edges curl under slightly. The Latin name is derived from its leaves lacking a petiole - they are sessile to the stem. As evidenced by these photographs, the stems are also smooth and reddish.
Flowering occurs in summer. The tiny white flowers occur in branching clusters at the tips of the stems.  They are rounded in appearance and open only slightly to make themselves available to pollinating insects.
The hornpods are in the Loganaceae, a family well known for species that are highly toxic due to the presence of alkaloids in their foliage such as strychnine. Though you may not want to eat this plant, they are beautiful when seen in patches in full bloom. Because of its annual nature, however, it is not propagated commercially by any of the nurseries affiliated with FANN - the Florida Association of Native Nurseries.  This is a species you'll simply have to admire if you are walking in open shallow wetlands in summer in most parts of Florida.
Posted by Hawthorn Hill at 9:14 AM