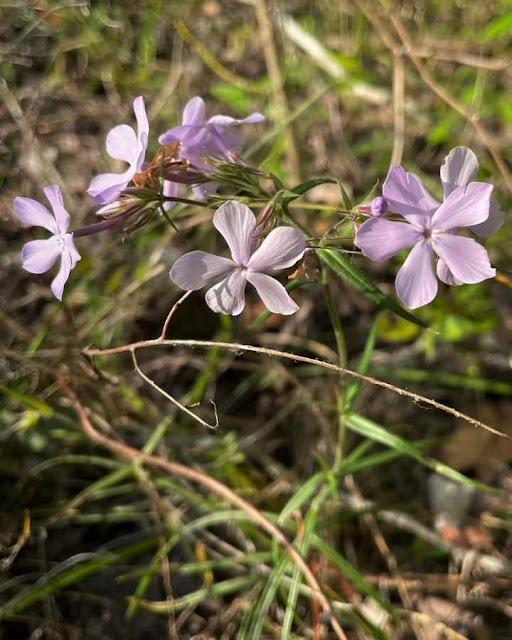 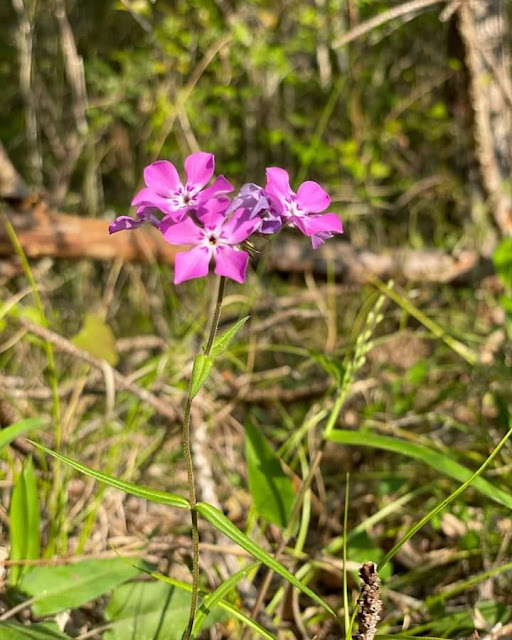 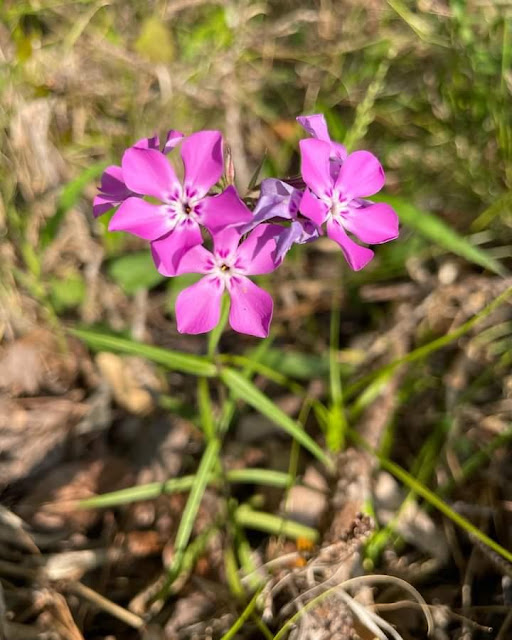 Thanks once more to my friend, Lily Byrd, I have these photos of a plant I have not previously added to add to my blog.  Florida phlox (Phlox floridana) is very similar in appearance to one I have written about previously - downy phlox (P. pilosa) and can be distinguished only by examination of the leaves just below the inflorescence.  In downy phlox, these leaves remain spreading and at right angles to the main stem while in Florida phlox they become ascending and grade into the bracts below the flowers. Otherwise, they are quite similar and are found in much the same regions of Florida.
Both species occur in open, well-drained habitats from north Florida south into north-central counties, though downy phlox is more common as you move southward. Florida phlox also has a much reduced range nationally and is a near endemic; it has been reported outside of Florida only in a few counties in extreme southern Georgia and Alabama.
Like its close cousin, it is perennial that dies back to the ground in winter and emerges again in early spring. Individual plants eventually reach a mature height of about 12-15 inches. Flowering occurs mostly in spring, though individual blooms can occur throughout the summer. Flowers range in color from a vivid pink to paler pinks and light lavenders.  Each flower is about 3/4-inches wide.
For some reason, only woodland phlox (P. divaricata) is routinely propagated in Florida by members of FANN - the Florida Association of Native Nurseries.  This should be corrected someday as all of our perennial native species make wonderful additions to home landscapes. They add color and are of value to pollinators - especially butterflies.
Posted by Hawthorn Hill at 11:00 AM No comments: