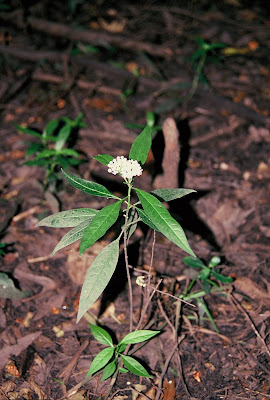 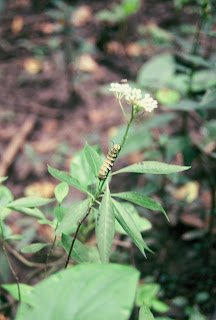 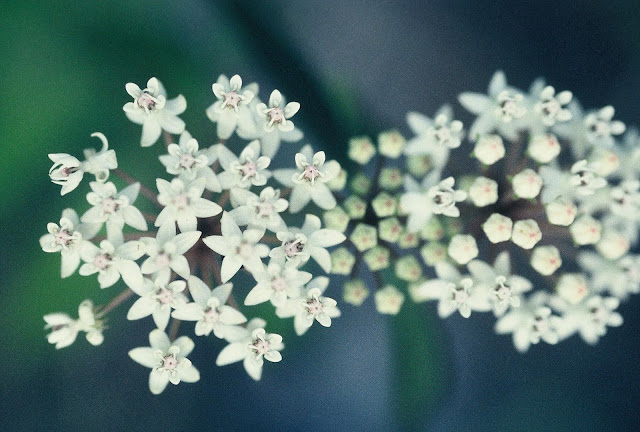 Swamp milkweed (Asclepias perennis) is the “other” swamp milkweed, but quite a different species than A. incarnata, described elsewhere in this blog. As its common name implies, swamp milkweed occurs in a variety of wetland habitats, including semi-shaded forests. It can survive lower amounts of direct sunlight than our other native species, but it will become lankier and flower less abundantly. Swamp milkweed requires good soil moisture to prosper. It has some drought tolerance and is more easily grown than swamp rose milkweed, but it will eventually disappear if not provided with plenty of water during the summer months. This is a somewhat diminutive species. At mature height in the late spring, its many stems rarely stand taller than 2 feet. Each is densely covered by lance-shaped bright green leaves approximately 2 inches in length. Swamp milkweed blooms in the summer. Although it does not produce large flower heads, each is composed of bright white flowers which are attractive. This wildflower is commonly propagated for home gardeners and is quite hardy if used in locations that stay moist to wet. For best effect, plant it in small clusters of at least three and use it near the front of the planting bed.
Posted by Hawthorn Hill at 8:42 AM