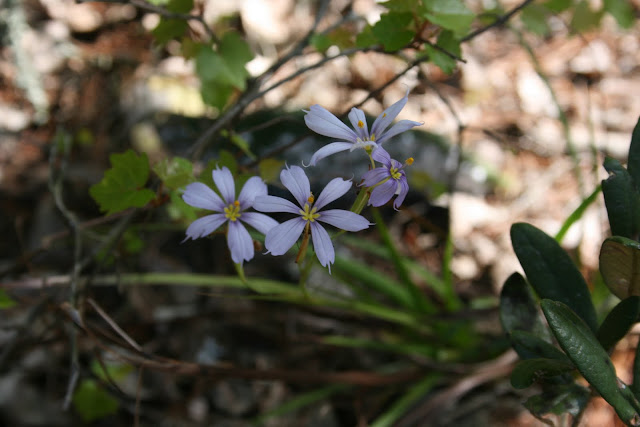 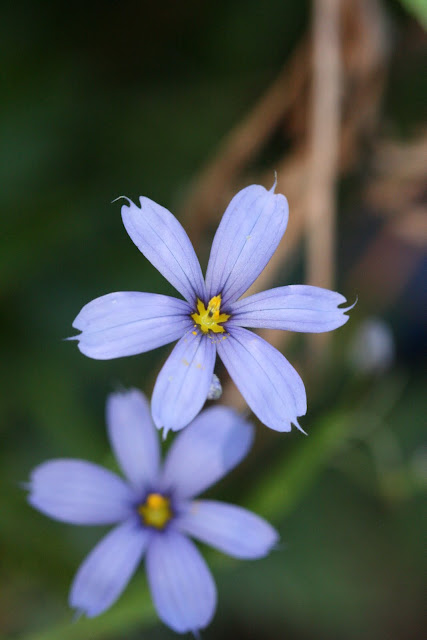 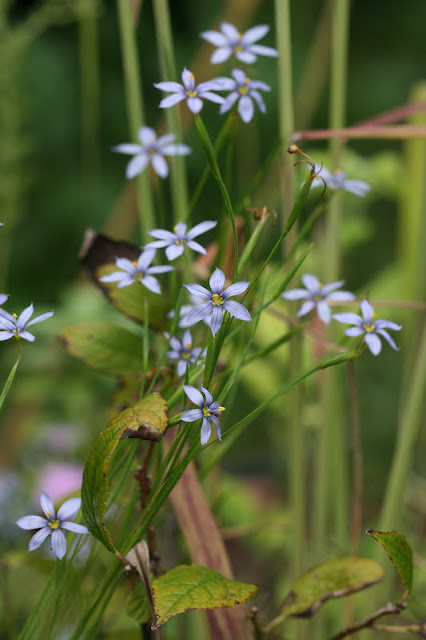 Despite its attractiveness and ability to prosper in droughty soils, I am not aware of any commercial Florida nursery currently propagating scrub blue-eyed grass.  This is very regrettable and hopefully will change in the future.  We have grown this wonderful species for several years now in our nursery and hope to eventually divide our plants and make it available to interested gardeners.
Use scrub blue-eyed grass in well-drained sandy and sunny locations.  Plant it near the front half of the bed and use 5 or more plants together, spaced at least 8 inches part.  Mix it with other small to medium-small wildflowers of similar habitat needs, such as grass-leaved goldenaster, pink beardtongue, and wild petunia, but do not crowd individual plants.  Like most scrub species, their long-term health requires a bit of space between neighbors.
Hawthorn Hill does not currently have plants for sale, but we should in the near future. If you might be interested, let us know and we'll save you a few.
Posted by Hawthorn Hill at 2:25 PM