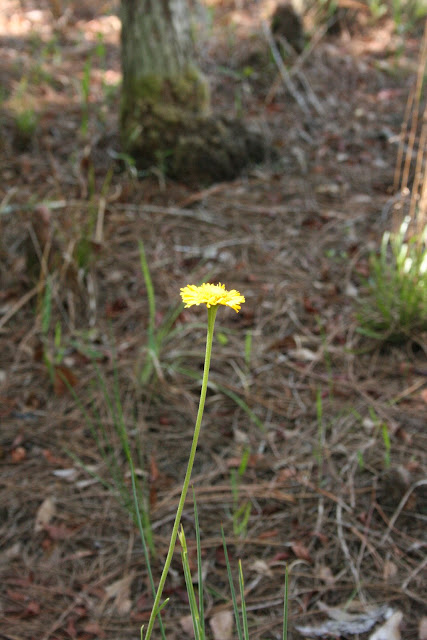 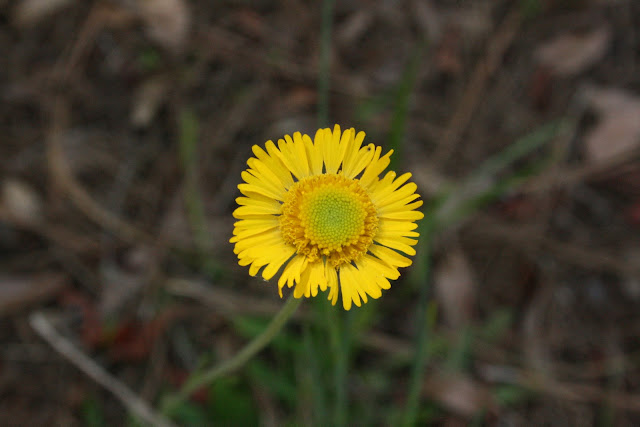 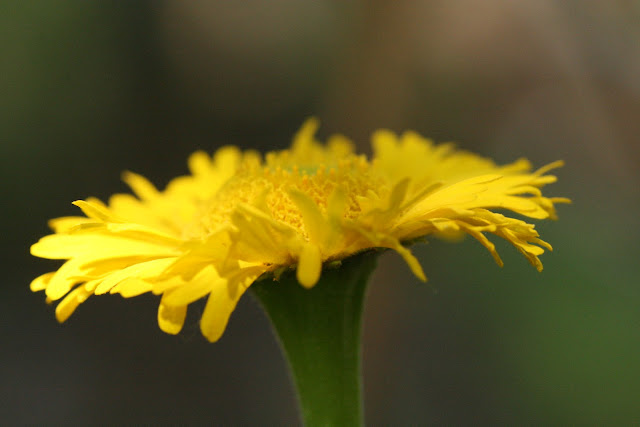 Many of Florida's most beautiful wildflowers have common names that do them a great injustice; this one, for example. Southeastern sneezeweed (Helenium pinnatifidum) has never caused me to stop and sneeze, but it always causes me to stop and stare.  Found statewide at the upper edges of marshes and forested wetlands and in open moist pinelands and savannas, it makes its appearance each year in late spring (March-April) when its flower stalk emerges from a small cluster of basal leaves.  Until then, it can go largely unnoticed in the understory vegetation.
The solitary flower stalk with its single bloom reaches a maximum height of 2-3 feet.  The flower itself is what sets this species apart.  Three-lobed ray petals and the broad central disc combine to create a flower several inches across.  The bright yellow color of each creates a beautiful show when this wildflower is encountered in mass.  Few flowers of this type occur in the spring so they stand out in the mostly green understory.
This is a wetland wildflower that requires moist soil to prosper.  I have never pushed its drought tolerance very far, but suspect it would tolerate a moderate amount as long as it is kept wet during the typical summer rainy season.  Southeastern sneezeweed is not offered by any nursery associated with AFNN - the Association of Florida Native Nurseries, at this time and would be difficult to find for the home landscape.  We do not propagate it at Hawthorn Hill either.  Hopefully, someone will take this plant on sometime in the future as its beauty seems to warrant it and it would add a lot to an overall wetland planting.
Posted by Hawthorn Hill at 6:48 AM