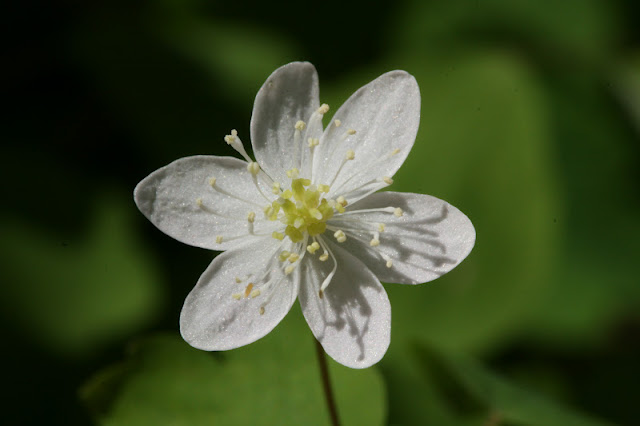 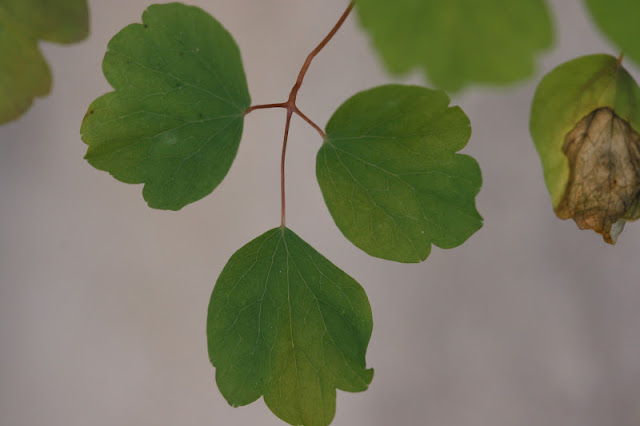 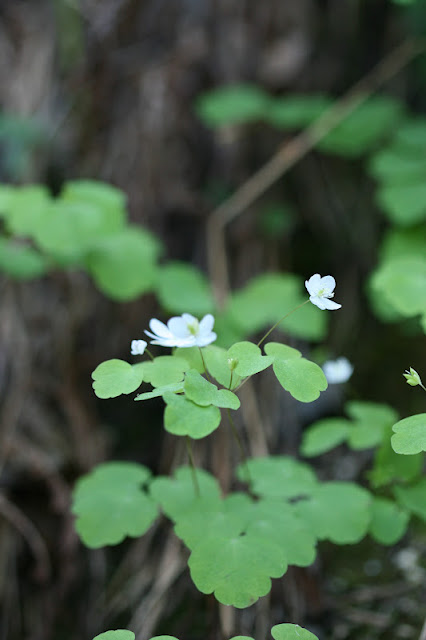 Rue anemone (Thalictrum thalictroides) is extremely rare in Florida, found only in the understory of woodlands in Gadsden and Leon counties.  Though it is listed as an endangered species here, it is only because it is at the extreme southern end of its geographic range. It occurs much more commonly to our north and its range extends to Maine and Ontario, and west from Minnesota to Texas.
In Florida, it occurs in limey, rich woodland soils in the understory of deciduous forests.  It is an ephemeral perennial wildflower, making its appearance in early spring, blooming early (March), and disappearing by mid-summer.
The foliage is typical of other members of this genus - and looks a bit like that of columbine (Aquilegia canadensis). In the rue anemones, however, the leaflets are shallowly lobed and quite rounded. There are 3 leaflets per leaf. Rue anemone is more diminutive than its other Florida relatives. Mature plants rarely stand taller than 12 inches and are often shorter.
Flowering in Florida occurs in March and is finished before April arrives. The crystalline while flowers are held on thin stalks a few inches above the foliage. The 6-petaled blooms are in small clusters and are very attractive.
Though this plant is quite rare in Florida, it is being propagated by Dan Miller of Trillium Gardens, Tallahassee and he is using it quite effectively in his home landscape within the city limits there.  Rue anemone does not require limey soils in other parts of its range and it seems to be tolerant of a variety of growing conditions.  For it to prosper, however, its needs moist fertile soil and dappled shade.  If you wish to try it outside its north Florida range, I would recommend confining it to a large landscape pot where soil fertility & moisture, as well as sunlight/shade can be kept to its needs.
Posted by Hawthorn Hill at 11:38 AM