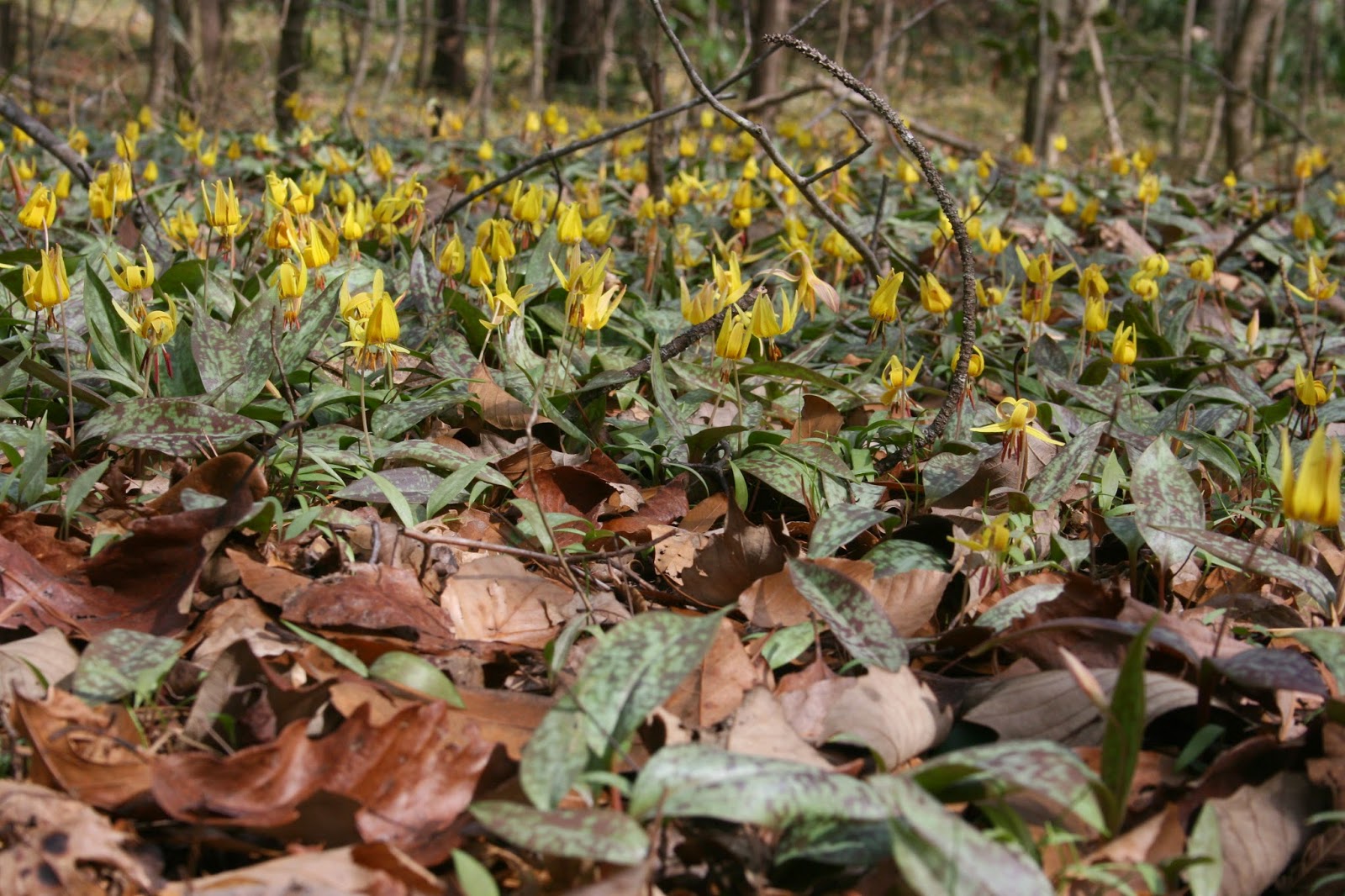 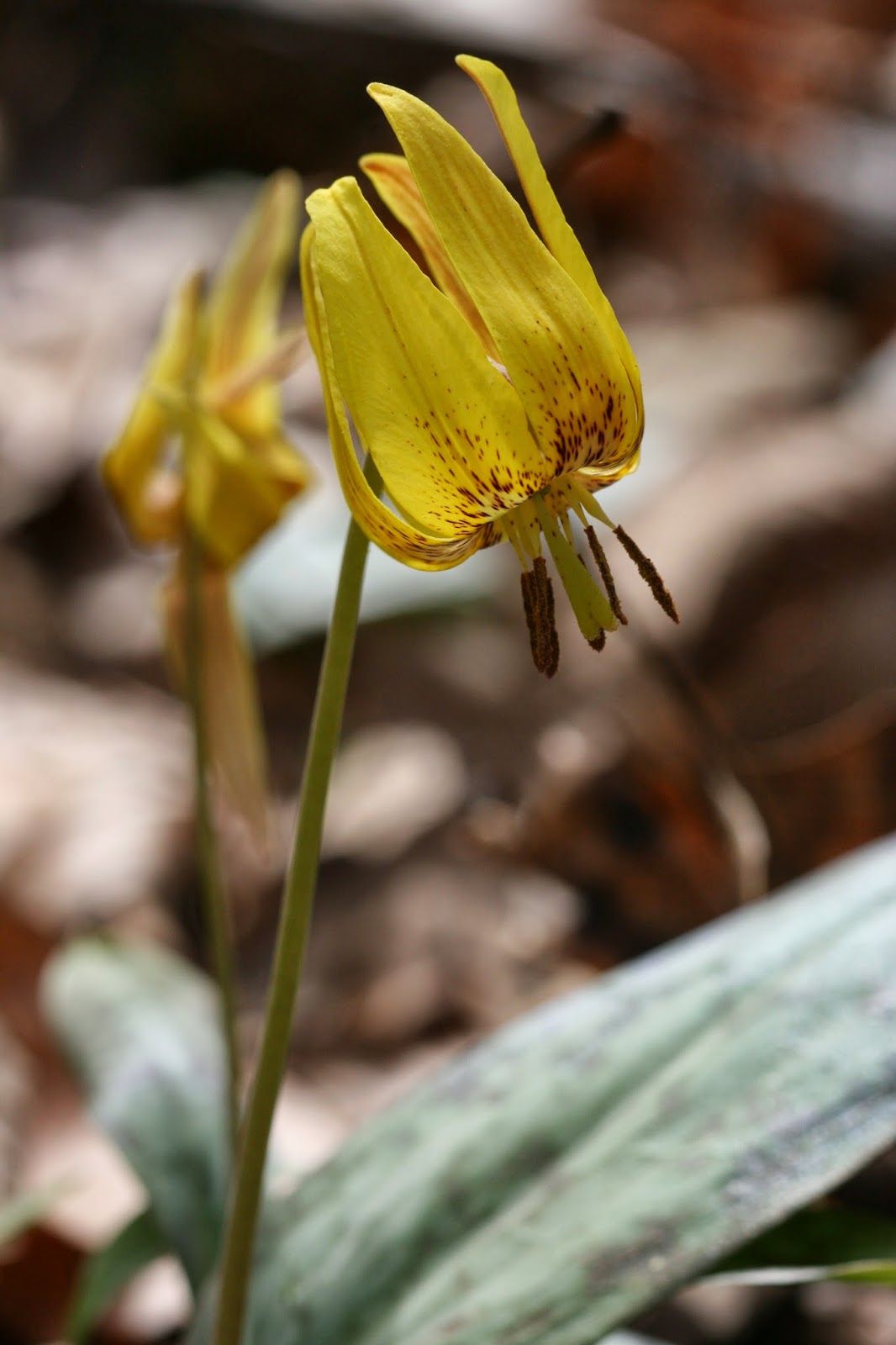 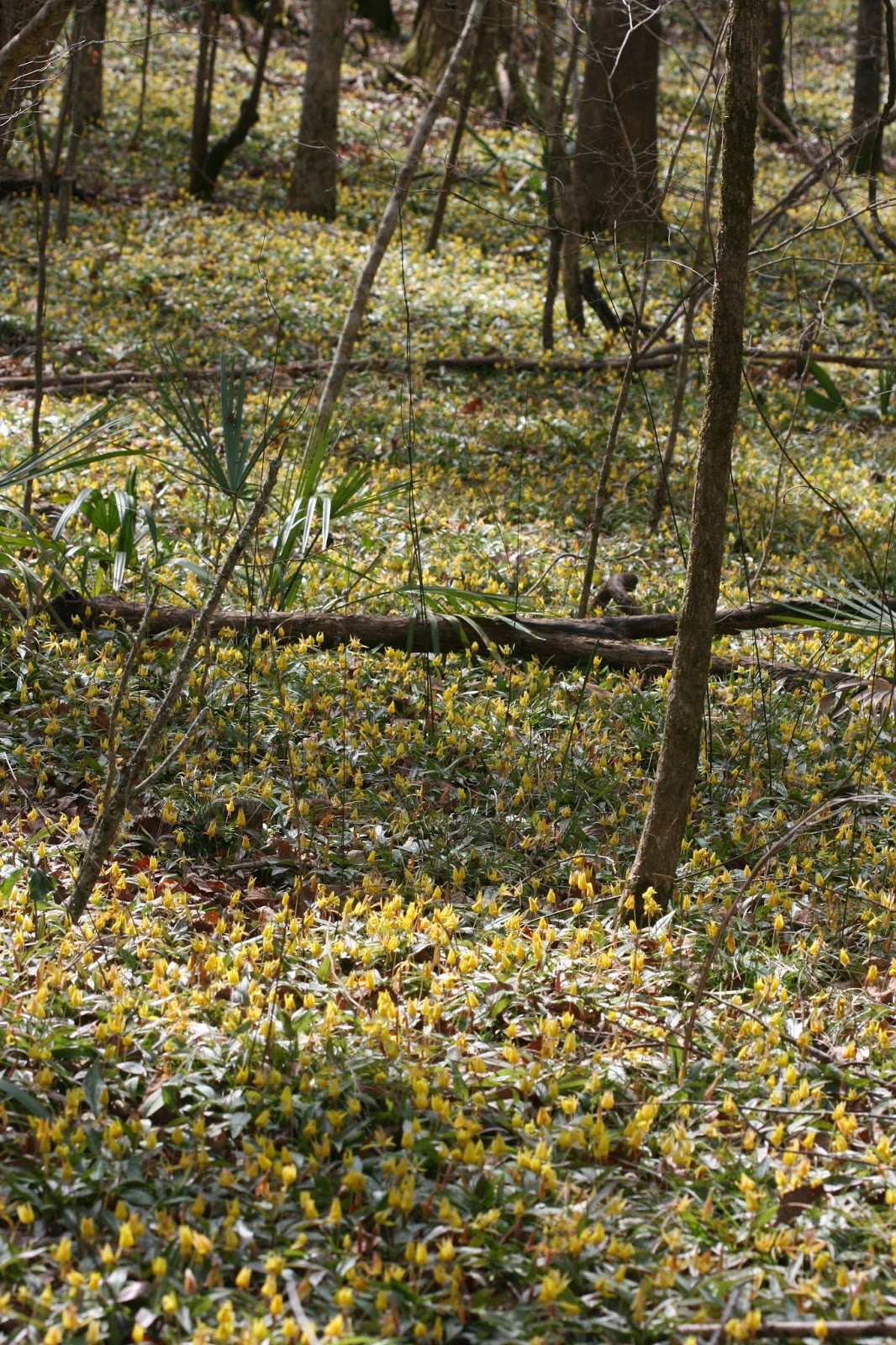 Trout lilies (Erythronium umbilicum) are found naturally in only three counties in the central Panhandle of Florida, but occur throughout the Southeastern Coastal Plain in the Appalachians and other temperate woodland settings. These photos were taken recently at Wolf Creek Preserve near Cairo, Georgia off US 84 - the largest population in the world.  In Florida, trout lilies are listed as a state endangered species.
These members of the lily family are true spring ephemerals.  Though perennial in their growth habit, they emerge with their two speckled leaves in very early spring, send their single flower bud up just a few days later, bloom, and then essentially disappear for another year.  If pollinated, the small capsule will remain above ground until the seeds are dispersed, but that is all that remains. The leaves shrivel and die back to the ground.
When present, the 6 inch narrow fleshy leaves are distinctive.  Like our native trilliums, they are dark green and covered by maroon-colored splotches. I suspect these plants produce side bulbs like other lilies over time and slowly spread outward, but they are slow to reproduce. It takes several years for young plants to flower and set seed.
The plants above were photographed on Saturday, February 22. The peak of blooming often occurs in mid-February to early March, depending on the winter temperatures that precede it.  The single lemon yellow flower stands less than 6 inches above the ground and only opens on days with sufficient sunlight.  The buds remain closed on extremely cloudy days and close up in the evening.  Individual flowers may open on several consecutive days.  They are pollinated by bees.
The spectacle at Wolf Creek Preseve is one of the 7 Natural Wonders of the Deep South and everyone that loves wildflowers should add it to their list of places to visit. I made the 550-mile round trip from my home in Pinellas and it was one of the most worthwhile days I've ever spent.  Trout lilies are not a landscape plant unless you can meet their exacting requirements. NEVER dig plants from the wild. A few native nurseries offer plants that are nursery propagated.  I tried this once and they failed miserably in my central Florida landscape. From now on, I will be content to visit them in the wild.
Posted by Hawthorn Hill at 9:04 AM