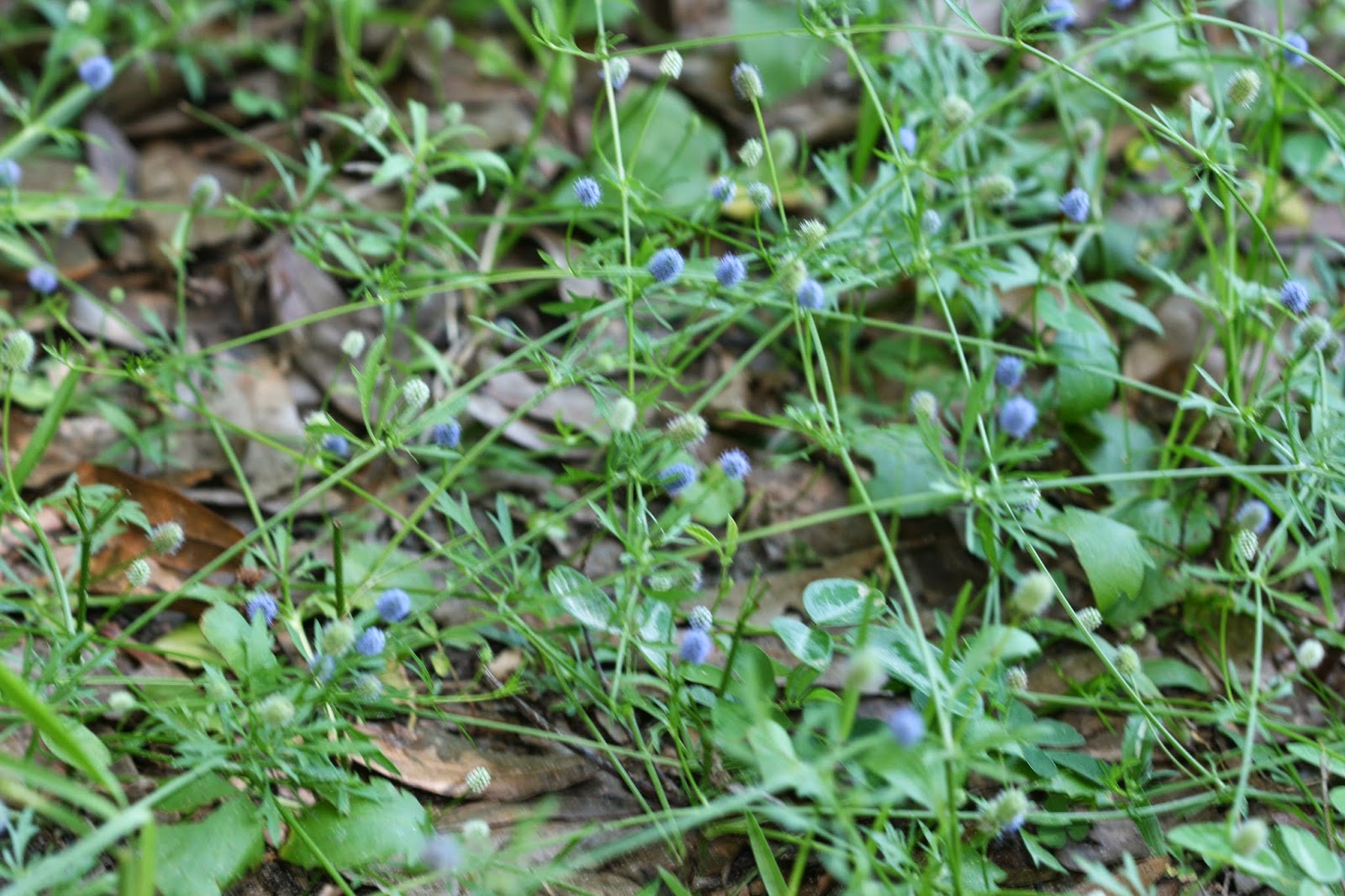 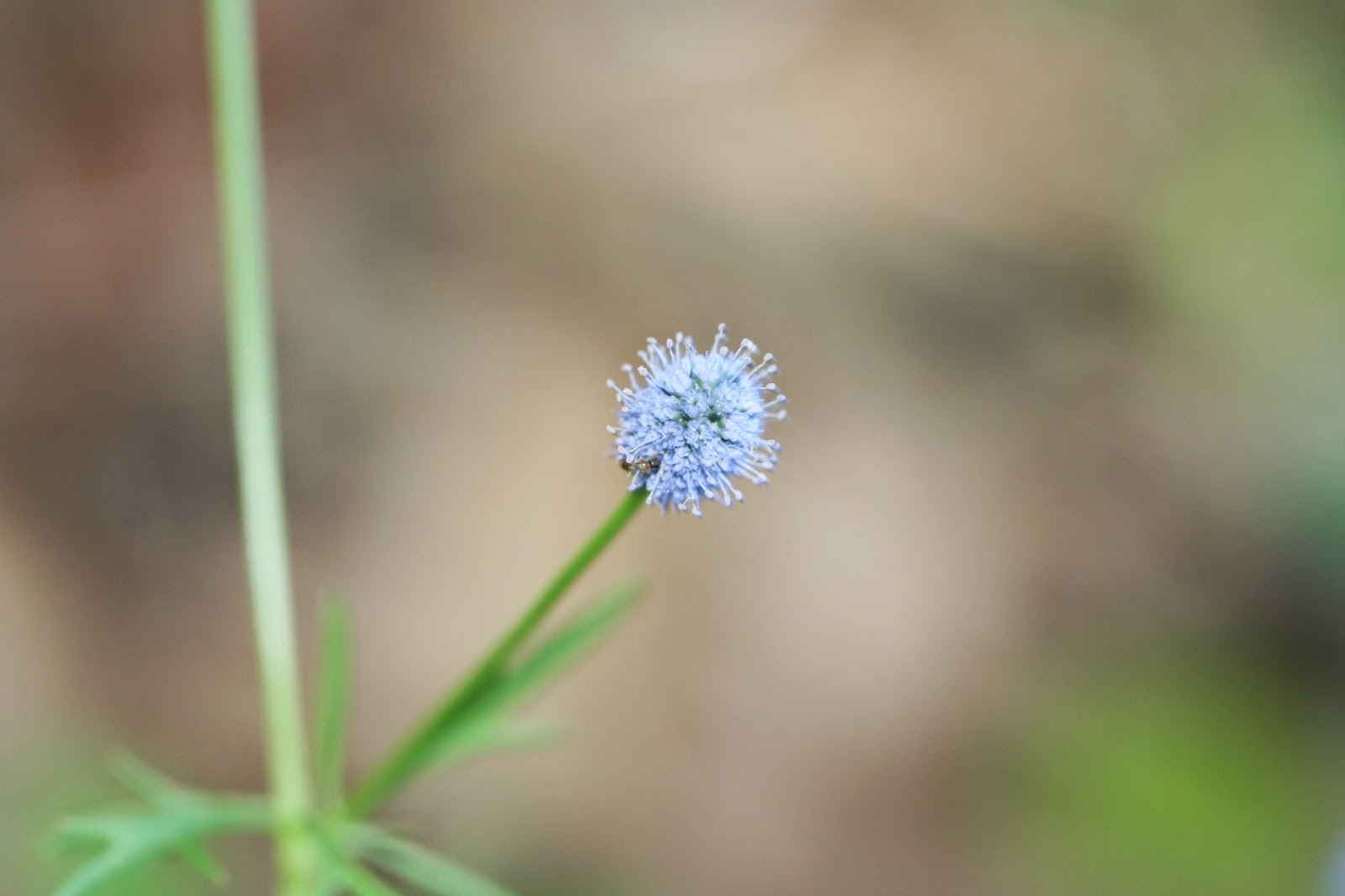 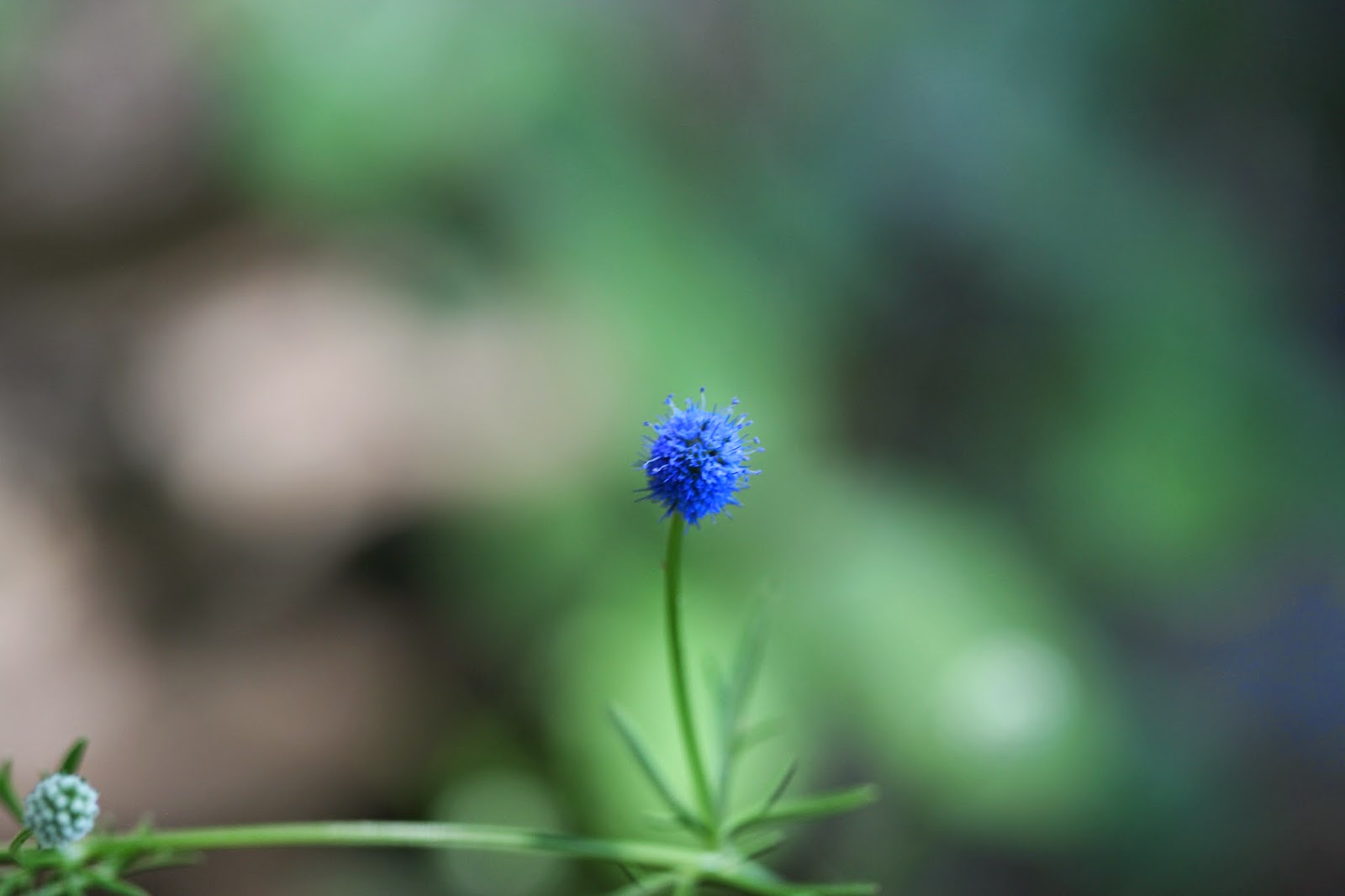 Baldwin's eryngo (aka Baldwin's button snakeroot) (Eryngium baldwinii) is a diminutive prostrate perennial common to moist open to partly sunny habitats throughout most of Florida and parts of southern Georgia.  A member of the carrot family, this deciduous wildflower forms a taproot and tends to hold its basal leaves through winter. Growth is quick in the early spring and it then proceeds to creep across the ground, often less than an inch tall.  The thin stems branch outward in many directions, extending up to 2 feet from the root. The small, finely dissected leaves are sharply pointed and slightly prickly.  The small button-shaped flower heads emerge from the axils of each leaf.
Baldwin's eryngo is easily overlooked when not in bloom as it blends in with the other plants of the understory, but it stands out once the bright blue flowers are present.  Flowering can occur in most months, but is most common in early summer. The plants above were photographed in mid-June at the outer edge of an oak hammock, in disturbed soil, next to an infrequently used unimproved roadway. The flower heads are composed of many dozens of extremely tiny flowers. Each head is no more than 1/8 inch across. The flowers are pollinated by equally small bees and butterflies; one pollinating bee is apparent in the middle photo.
Several eryngos serve as larval plants to the eastern black swallowtail, but this species has not been documented as one of them. Baldwin's eryngo could make an interesting ground cover in moist partly sunny locations, along trails and walkways, but it has never been cultivated commercially to the best of my knowledge.  It exhibits some drought tolerance, once established, but will flower best if given some sun. Plants grown in full sun, require more moisture.
Posted by Hawthorn Hill at 9:33 AM