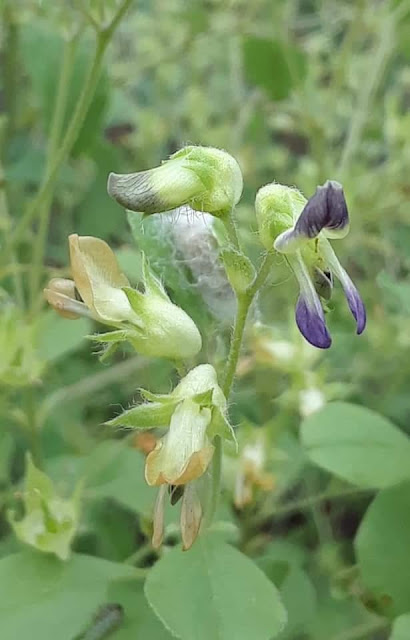 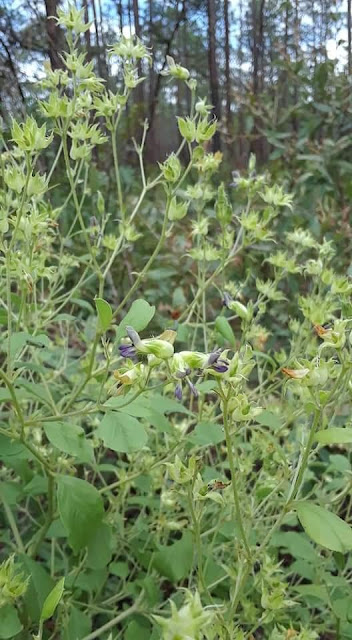 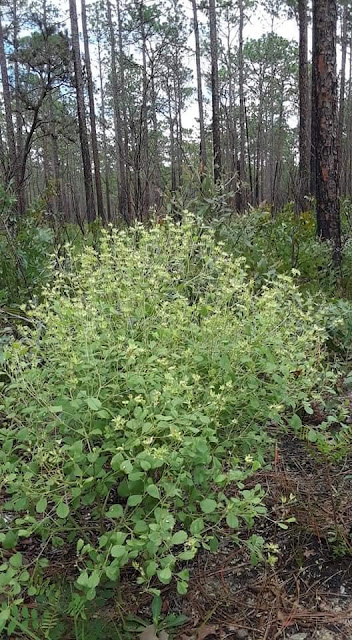 Buckroot (aka Eastern prairie-turnip) (Pediomelum canescens) is a perennial wildflower that occurs widely throughout north and central Florida in sandhill habitats.  It is not uncommon here in Florida, but is much less so north of us. An endemic of the Southeastern Coastal Plain, it is vouchered in southern Alabama and Georgia as well as in scattered locations in the Carolinas. A tiny population in Virginia is considered to be critically imperiled.

Buckroot is a member of the legume family and closely related to Baptisia - wild indigos.  Unlike them, however, buckroot is not widely known and almost never available in the commercial horticultural trade.  Buckroot dies back to the ground each winter and reemerges from its substantial taproot in the early spring.  It gets to be a substantial plant once it reaches its mature size.  Specimens often reach a height of 2.5 feet and a width equally as great.  It forms a great many stout branches. The leaves are mostly alternate on these stems and occur singly or are palmately compound in groups of three. They are noticeably covered by fine hairs.

Flowering occurs at the tips of the stems in late spring to early summer. They are typical of other legumes in terms of their structure and a dull blue-violet in color, though the upper petal is straw-colored on its upper surface.  Like most other legumes of this type, I suspect it is pollinated mostly by bees.

Buckroot was used by Native Americans and early colonists as a food source, as its other common name implies. The thick taproot was used as a vegetable. It is not recorded as being a host plant for any lepidopteran, but it may be one for some of those that use a wide variety of legumes.

These photographs were taken by my friend, Trudy Kenderdine, and used by permission.