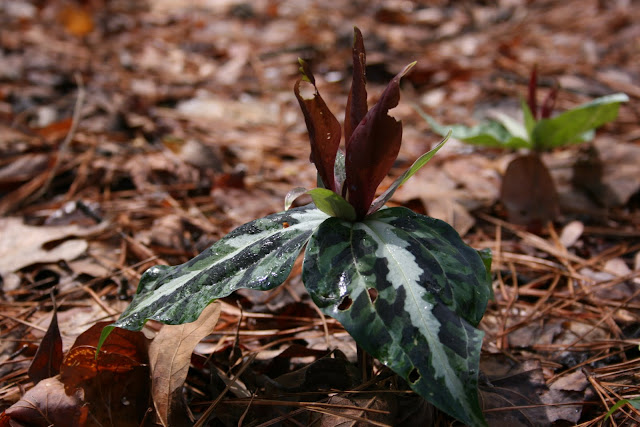 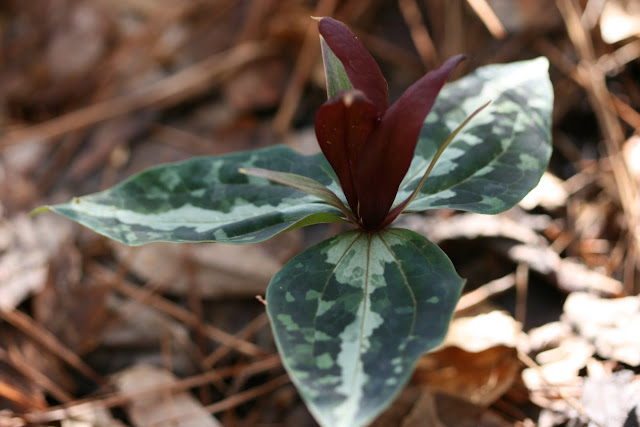 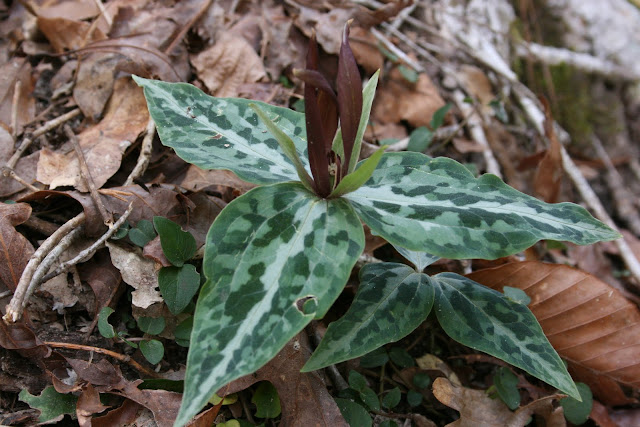 Underwood's wakerobin (Trillium underwoodii) is found in the understory of hardwood hammocks throughout much of the eastern half of the Panhandle.  Like other native trilliums, it prefers calcareous soils and emerges in early spring before the canopy leafs out.  In some respects, it looks similar to the spotted wakerobin, but the stems are much shorter and the plants stand just inches above the forest leaf litter.  These photos were taken at Torreya State Park and in Angus Gholson County Park, near Chattahootchie.
We have grown Underwood's wakerobin in our Pinellas County woodland landscape for three years now, and though it has not prospered in the same way the specimens above have, they have bloomed and slowly multiplied.  If you wish to attempt any of the native Florida trilliums in your landscape, give them soils with good drainage, high pH, and abundant leaf litter on the surface.  Make sure the growing location is sunny in the late winter and spring and shady the rest of the year.  Many spring-blooming ephemerals will do well outside of their range, but they require deciduous forests - not live oak dominated ones. If you wish to try them, several nurseries are currently propagating them from seed.  Make sure you purchase your plants from reputable sources.
Posted by Hawthorn Hill at 10:42 AM