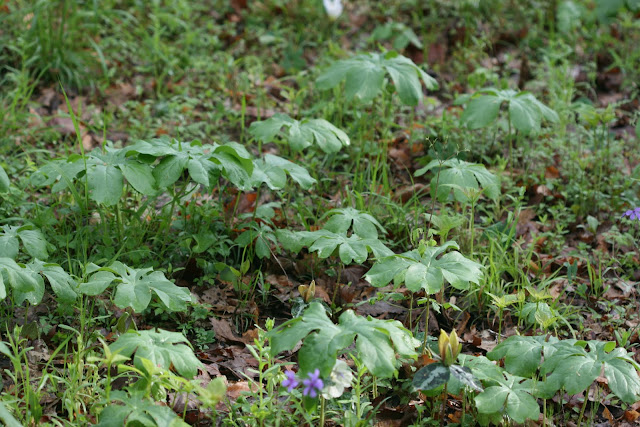 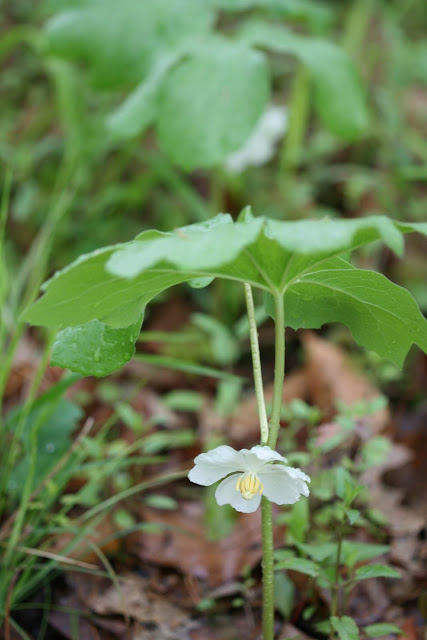 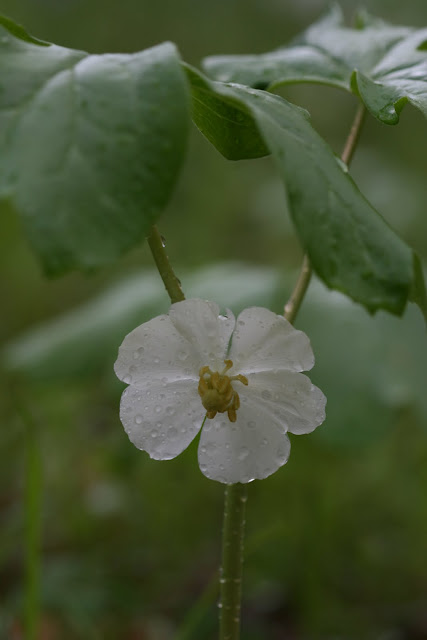 Mayapple (Podophyllum peltatum) is one of several northern species which finds its southern terminus in a few special places in north Florida.  This was always one of my favorite early woodland wildflowers while growing up in southern Wisconsin.  In Florida, it is confined to Jackson County; specifically the area in and adjacent to Florida Caverns State Park.  Here, it thrives in the rich deciduous forest floor in soils influenced by limestone near the surface.
In early spring, mayapple sends its solitary leaf up and out of the leaf litter.  It looks something like an unfurled beach umbrella at this time.  Once fully up, the leaf unfolds and forms an umbrella over the single white flower.  The leaves are quite large; reaching a diameter of nearly 1 foot.  The flowers are also large and may be 2 inches in diameter.  Pollinated flowers form a green, apple-like fruit that ripens in summer.
Mayapple is sold by a large number of northern native plant nurseries, but no nursery in Florida propagates it and none are likely to in the future.  Its narrow growing requirements in Florida make it a difficult species to provide for here.  As such, it is best admired in nature and not coveted for the home landscape.
Posted by Hawthorn Hill at 11:06 AM