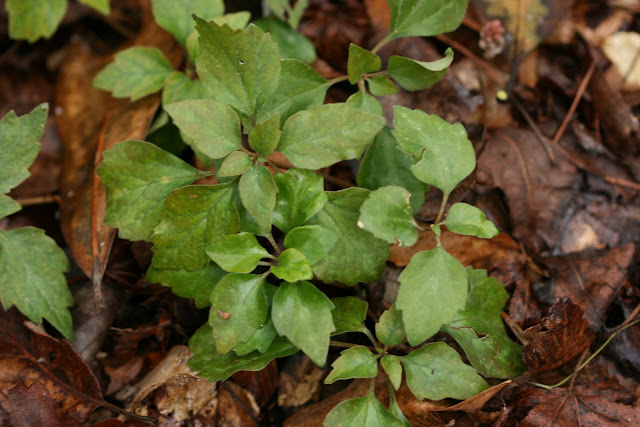 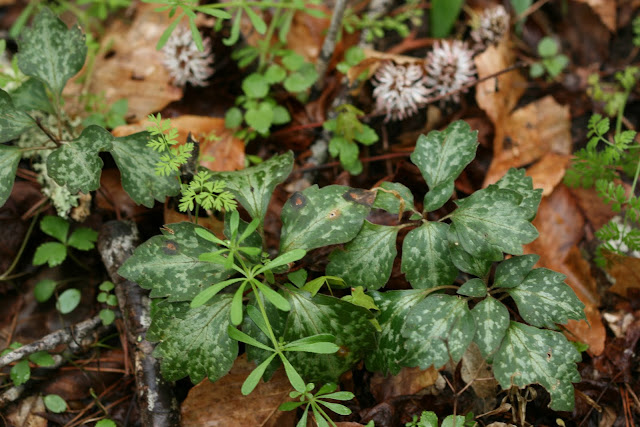 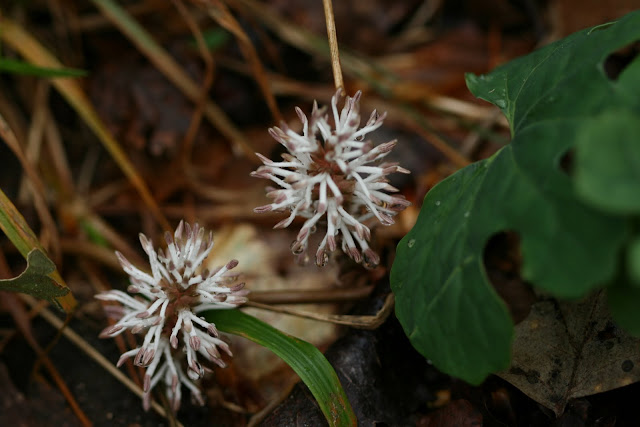 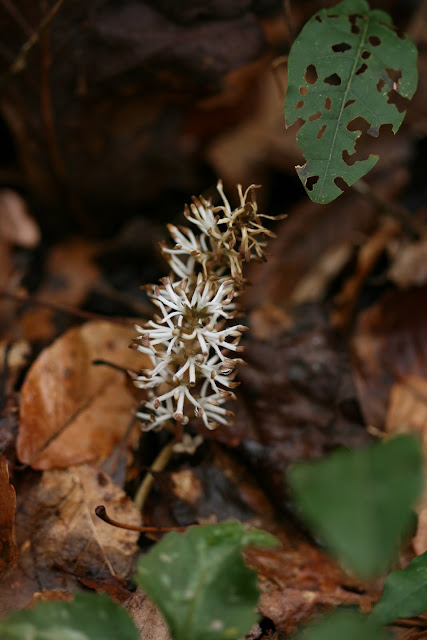 Mountain spurge (Pachysandra procumbens) is exceedingly rare in Florida, being found only in calcareous woodland habitat in Jackson County; the region in and around Florida Caverns State Park.  It is a state endangered species, but its range extends throughout much of the Southeast Coastal Plain and it is more common in the lower Appalachians.
Mountain spurge is characterized by its palmate leaves, each leaflet with noticeable teeth along the outer margin. The older leaves are spotted as shown in the second photograph above, though the newer leaves are lighter in color and the spots are barely visible.  These leaves stay close to the ground surface and stand only a few inches above it.
Flowering occurs in the spring.  The elongated racemes of white flowers appear many inches away from the basal leaves, arising from the ground on a separate spike.  Each flower is composed of spidery petals, tipped in pinkish brown.  They are not especially showy, but quite interesting to observe.
Mountain spurge will never likely be offered in Florida from Florida stock for home gardeners.  It would make a very interesting groundcover wildflower for deciduous woodland gardens with alkaline soils - the same environment that would support trilliums, Walter's violet, fringed campion and the like, but its rarity and lack of showy bloom will likely keep it as one of Florida's many rare and interesting "oddballs" - species left here after the last ice age in small pockets of habitat more in line with the present climate of the Appalachian Mountains.  It is enough that this interesting wildflower maintains its foothold here in Florida Caverns State Park.
Posted by Hawthorn Hill at 2:24 PM