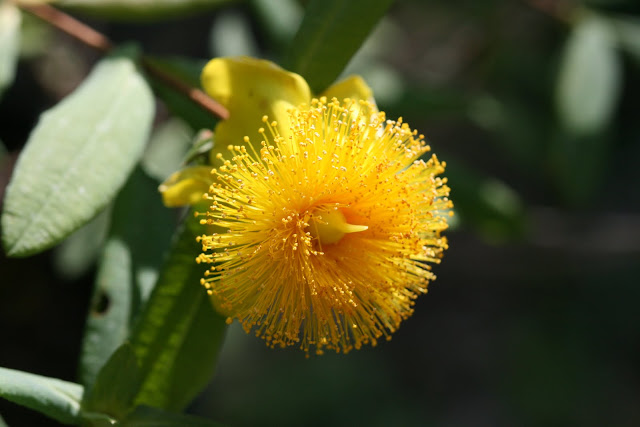 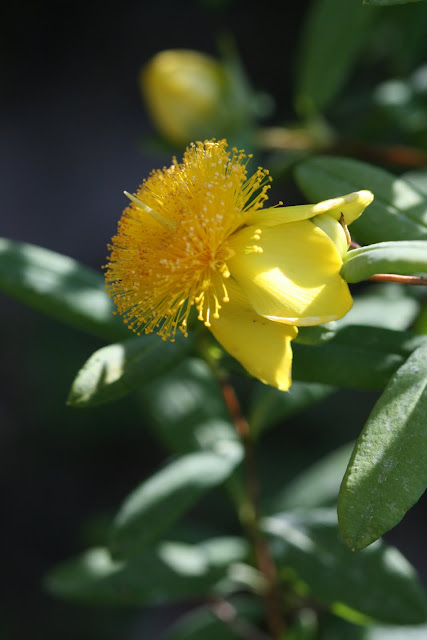 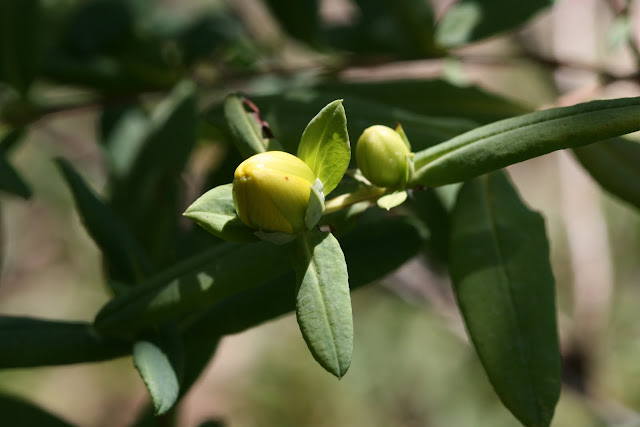 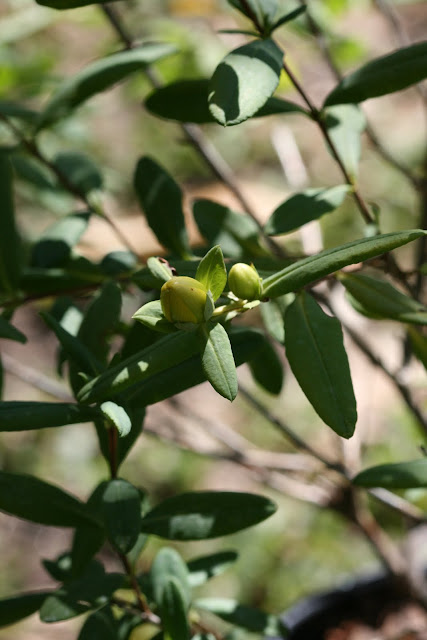 Cedarglade St. John's-wort (Hypericum frondosum) is rare in Florida; confined to only two counties in the central panhandle.  Outside of Florida, it is found from Texas to New York. Throughout its range, it occurs in the edges of wetlands and in forested areas near them.
Cedarglade St. John's-wort is a large deciduous shrub.  Mature specimens can reach nearly 10 feet tall - the largest species in Florida and one of the showiest.  Unlike many other species in this genus, the bark does not peel, but occurs in platelets. It is a dull brown in color.
The foliage is elliptical and somewhat similar to that of early St. John's-wort (H. nudiflorum), but larger. The leaves also look a bit more leathery.
Flowering occurs in May.  Large buds at the tips of the many upright branches give way to extremely showy bright yellow blooms.  They have five petals and may be nearly 1 inch across.  The large mass of anthers in the center and the robust style protruding from them are quite distinctive.
This species is sometimes offered for sale outside of Florida, but has never been commercially grown here by anyone affiliated with FANN - the Florida Association of Native Nurseries, to the best of my knowledge.  We have just begun experiementing with it at Hawthorn Hill and have great expectations at this time for its eventual production. Given its attractive growth form and its spectacular flowers, it seems to have significant landscape potential.
Posted by Hawthorn Hill at 1:25 PM