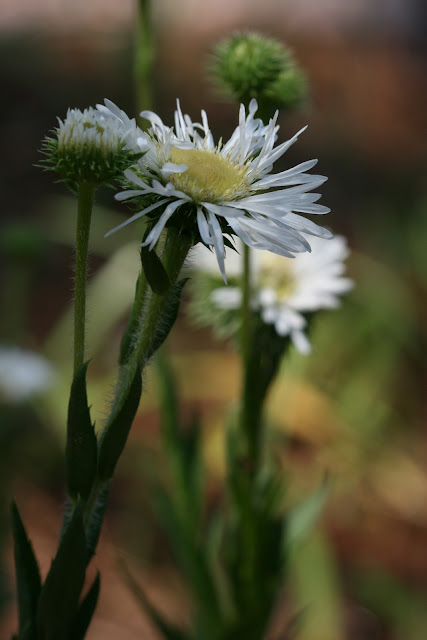 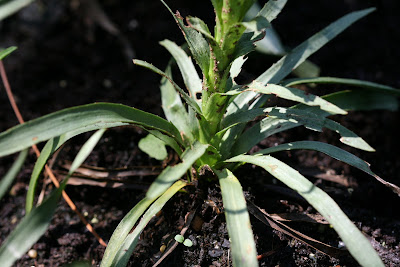 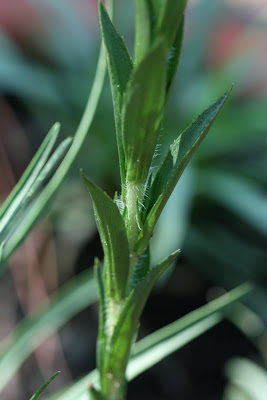 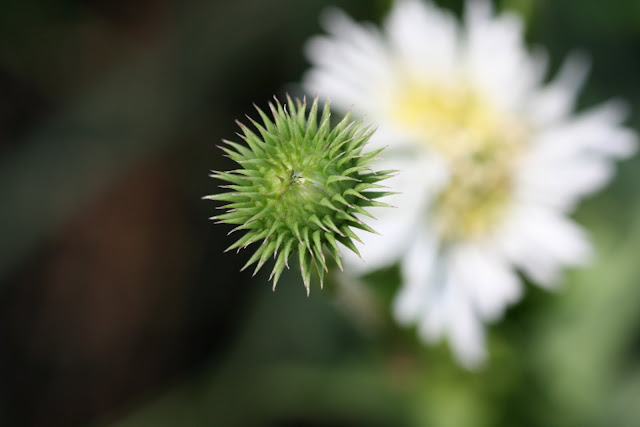 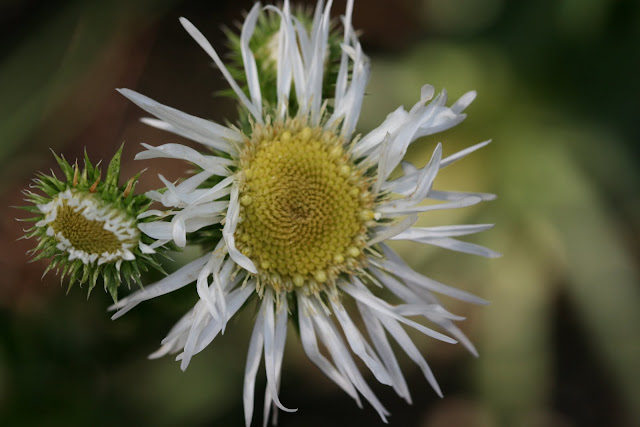 Coyote thistle aster (Eurybia eryngiifolia) occurs in the central Panhandle of Florida in open pine savannas. It also occurs in similar habitats in southern Alabama and Georgia.  In these habitats, it is adapted to moist to wet conditions during the summer rainy season and relatively dry conditions in late spring to early summer.
I have no idea where the "coyote" portion of the common name comes from.  Coyotes are relatively recent immigrants into this region of the U.S. and nothing of this plant reminds me of them...  The Latin species name comes from the appearance of the leaves which look a great deal like the common rattlesnake master (Eryngium yuccifolium). They are linear and somewhat spiny near the base.  Of course, the common name "thistle aster" refers to the same characteristic.
Coyote thistle aster is deciduous in the winter and makes an early appearance in the spring.  The whorled rosette of basal leaves is soon followed by a central flower stalk.  This reaches a mature height of 2-3 feet in summer and early fall.  The large flower buds are produced at the top of the stalk.  They are 3/4 inch across and very spiny in appearance.  Several buds are produced on each stalk.
Flowering occurs anywhere from summer to fall.  The flowers are large, quite striking and somewhat unusual.  The large central disc is a dull yellow in color and surrounded by a large number of white spidery ray flowers. Bees and butterflies are attracted to these blooms.  As the seeds ripen about a month later, the seed heads are extremely "fuzzy."
To the best of my knowledge, this distinctive wildflower has never been offered by nurseries affiliated with FANN - the Florida Association of Native Nurseries.  We have been propagating it at Hawthorn Hill (in very limited numbers) for several years, however, and hope to keep it in cultivation into the future. In our Pinellas County landscape, we grow coyote thistle aster and Chapman aster (Symphyotrichum chapmanii) in large landscape pots together with Catesby lily (Lilium catesbaei) as they all share the same basic requirements - good light, relatively fertile soil, and a bit of extra moisture.  This plant would not survive the normal conditions of my landscape, but they have done quite well in large pots where I can give them a bit better soils and moisture.
We have sold all of our "extra" plants for 2011, but hope our ripening seed crop will enable us to offer even more plants in 2012.  Ask us if interested.
Posted by Hawthorn Hill at 9:07 PM