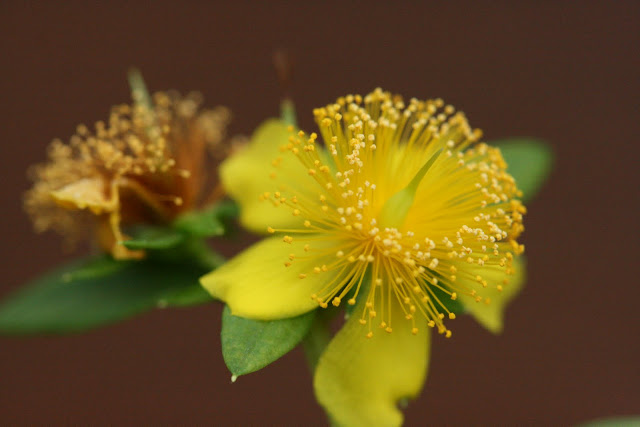 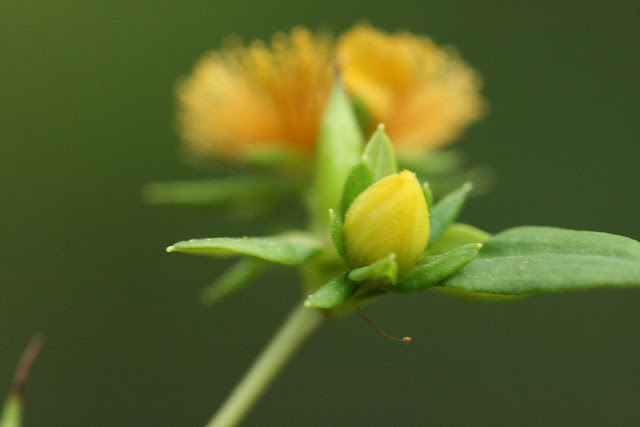 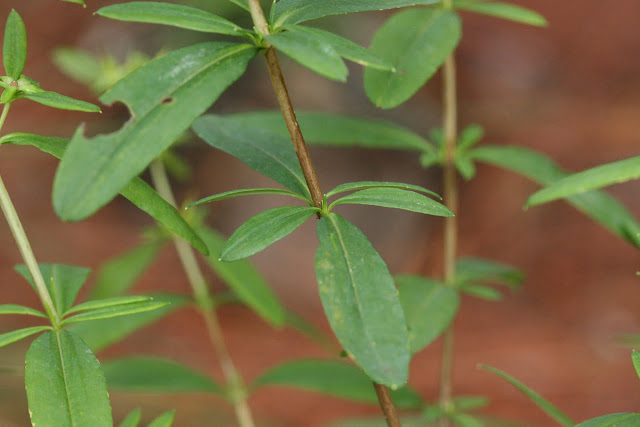 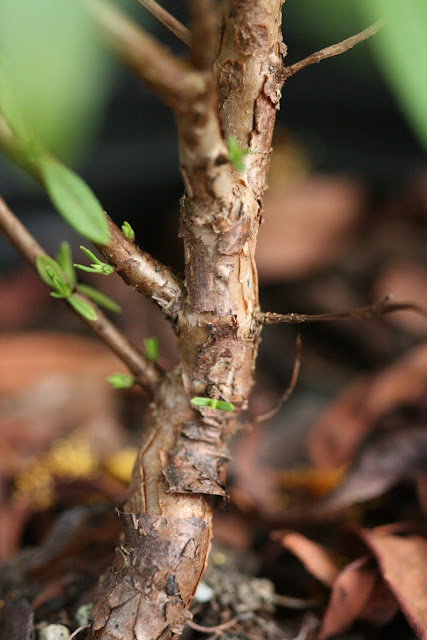 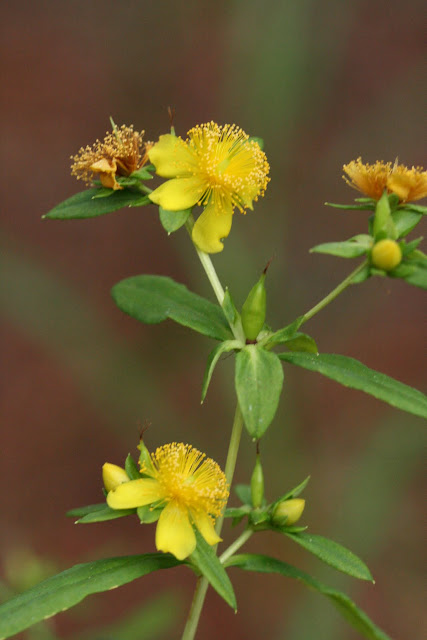 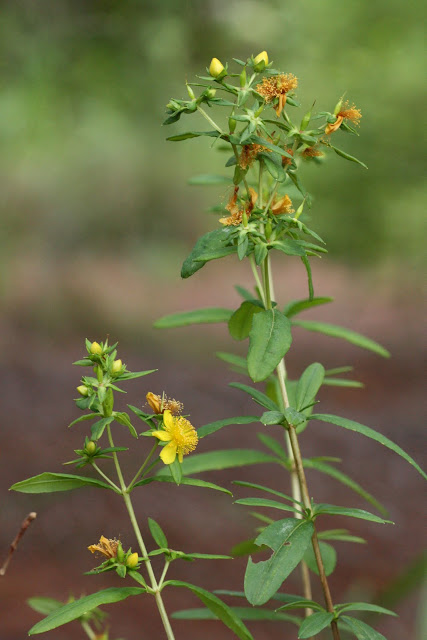 Shrubby St. John's-wort (Hypericum prolificum) is considered to be native to Florida, but this nativity is based on one collection made in Volusia County in 1848.  For all practical purposes, it is a species of states to our north.  Shrubby St. John's-wort occurs throughout the eastern half of the US and in Ontario.
This is an upland species, but adapted to a wide variety of soil and light conditions.  Such adaptability has made it one of the most commonly grown species in the genus and it is offered by many native plant nurseries outside of Florida.  Named cultivars are also sometimes offered.
Shrubby St. John's-wort attains a mature height of about 3 feet.  The mounded appearance is attractive and the linear blue-green leaves and reddish stems add to its aesthetic qualities.  This is a deciduous species. The bark of mature specimens is coppery in color and peels in small sheets.
Flowering occurs a bit later than most species; July and into August.  The flowers are a deep canary yellow and large in size.  Abundant stamens surround the carpel.  These prolific structures give it its Latin name.
I have only begun experimenting with this beautiful species in our Florida garden.  As it has not been seen in Florida for nearly 200 years, it is not propagated by any Florida native plant nursery and there is no information on its cultivation here.  Our plant originated from a North Carolina nursery.  Over the next few years, it is our intention to test its adaptability to our landscape conditions.  Perhaps we will return it as a viable landscape choice for Florida gardeners.
Its great beauty and tolerance to a wide diversity of growing conditions in nature, make it a candidate worth investing in.
Posted by Hawthorn Hill at 2:16 PM