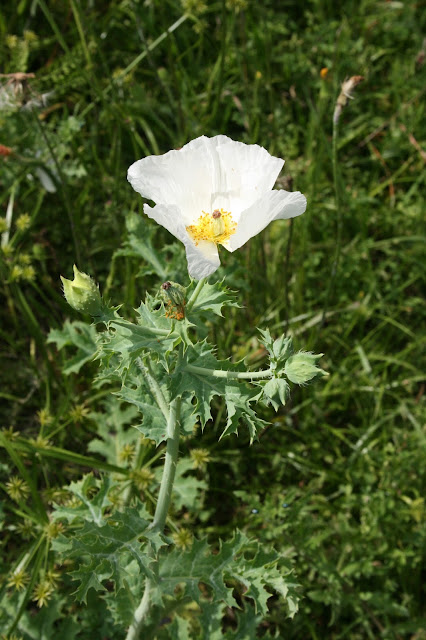 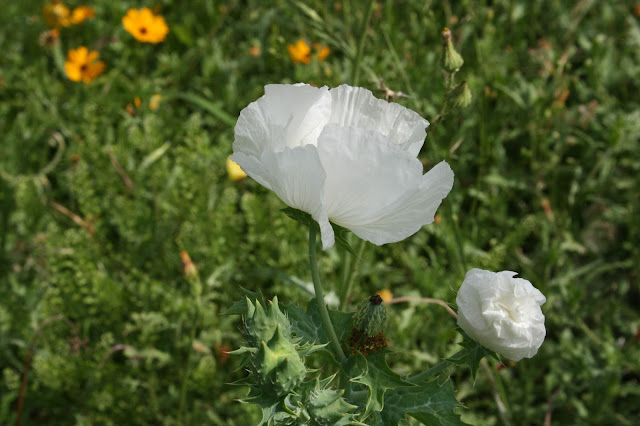 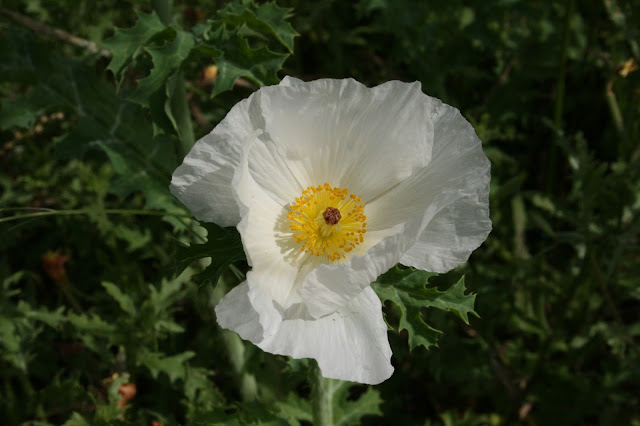 Two species of pricklypoppies are native to Florida. The yellow-flowered one, Mexican pricklypoppy (Argemone mexicana) is common throughout much of peninsular Florida. The white-flowered species (A. albiflora), described in this post is found in the same locations. It is not uncommon to find both along roadsides in full sun and sandy soils.  These are members of the true poppy family.
White-flowered pricklypoppy is an annual with thistle-like foliage. The clasping, very spiny leaves are deeply lobed and the leaves are alternating along the stem. Multiple flower stalks are produced and reach a maure height of about 3-4 feet. The flowers are produced for several months from late spring through summer.  They are quite showy, with broad, frilly petals and bright yellow stamens (the male parts of the flower) in the center.  The pollinated flowers form spiny seed capsules that open at the top. The poppy-type seeds are then released over time as the seed capsules are shaken by wind and rain.
Although the flowers are quite attractive, the very spiny nature of this wildflower limits its attractiveness in a landscape setting. I am not aware that either species of pricklypoppy has ever been offered for sale commercially in Florida. It is extremely adaptable to open sunny locations and would be easy to grow. If you are interested, be careful to limit its spread to only those areas where its prickly nature won't be a problem.
Posted by Hawthorn Hill at 3:02 PM