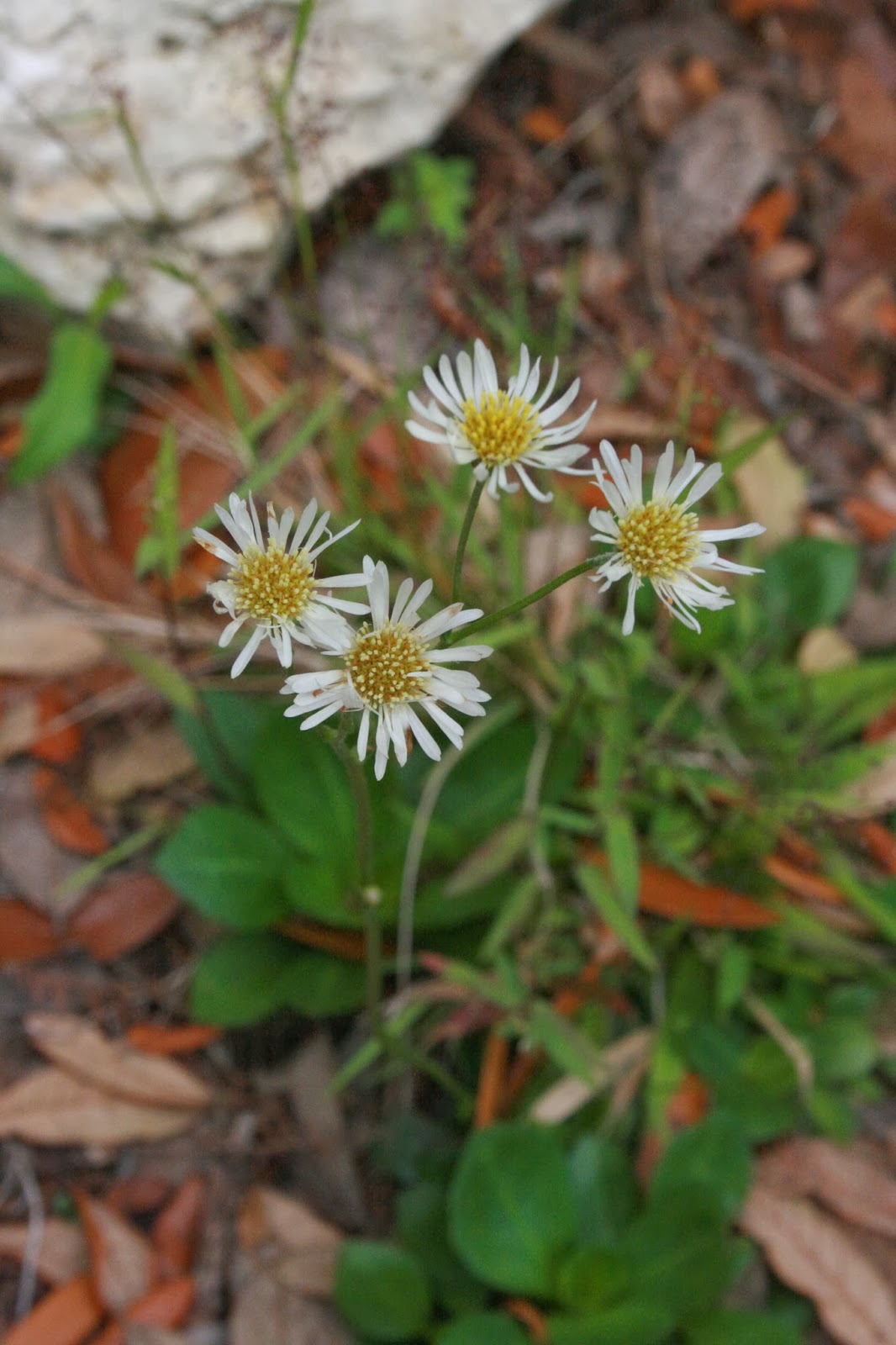 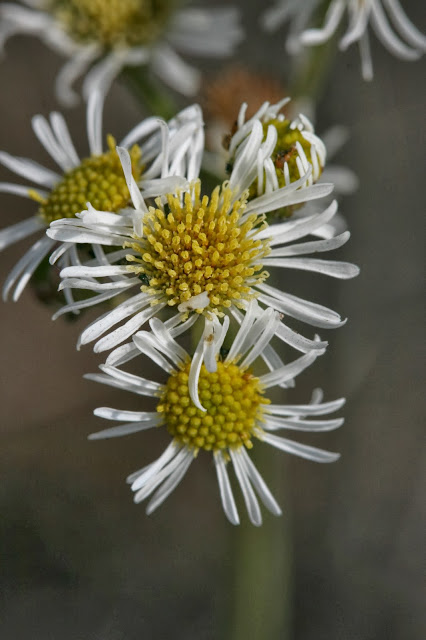 Early fleabane (Erigeron vernus) occurs statewide in Florida, except for the Florida Keys, and from Louisiana to Virginia within the Southeast Coastal Plain.  It is resident to open habitats that are generally moist - pine flatwoods, savannas, roadside ditches, and the edges of ponds.  Though common throughout much of Florida, it seems to be not nearly as well known as its close relative, daisy fleabane (E. quercifolius). Both are common statewide, but only the latter seems to have been included in the plant trade by native plant nurseries, even though early fleabane is a bit more attractive in my opinion.
Early fleabane is easily distinguished from daisy fleabane by two significant differences.  The first is their difference in blooming season.  Early fleabane blooms only in early spring while the latter has an extended flowering period from summer through fall.  If you find a patch of fleabane in March or April, it most assuredly is early fleabane. The second difference is in the basal leaves.  As the photo above (from Shirley Denton and taken from the University of South Florida ISB site) shows, early fleabane has somewhat succulent basal leaves that lack teeth along the margins (sometimes shallow teeth are present) and are oval in shape.  Daisy fleabane has rough elliptical basal leaves that are deeply toothed.  Even in winter, when neither is blooming, they are easily told apart.
Early fleabane maintains its basal leaves year-round.  They form small colonies on the ground, slowly dividing over time.  It is a short-lived perennial, often a biennial, and produces its 18-24 inch flower stalk in early spring.  The outer white ray petals are thinner and more delicate than in daisy fleabane, and surround a central yellow disc. All fleabanes attract the attention of small pollinators.
Though not sold in the trade, it makes an attractive addition to a wildflower garden. It is easily grown from seed collected in late spring, but needs to reseed in the garden to persist.  Look for it in early spring in moist open habitats and learn to distinguish it from its ubiquitous later-blooming relative.
Posted by Hawthorn Hill at 6:26 AM