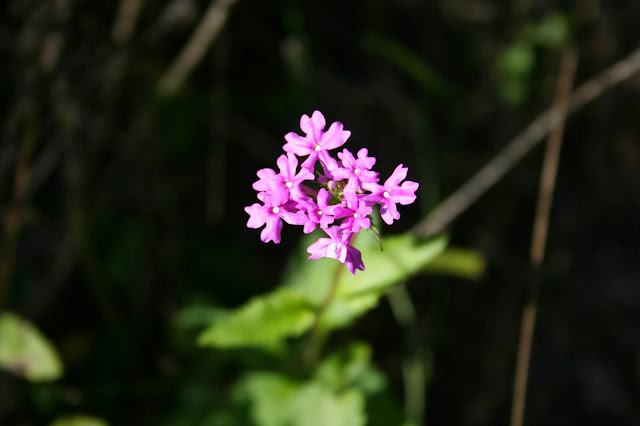 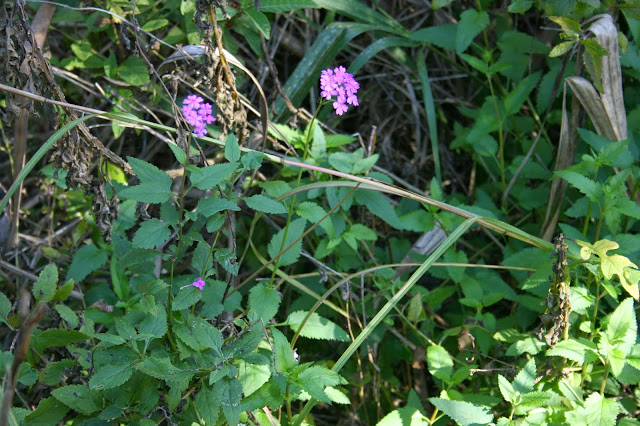 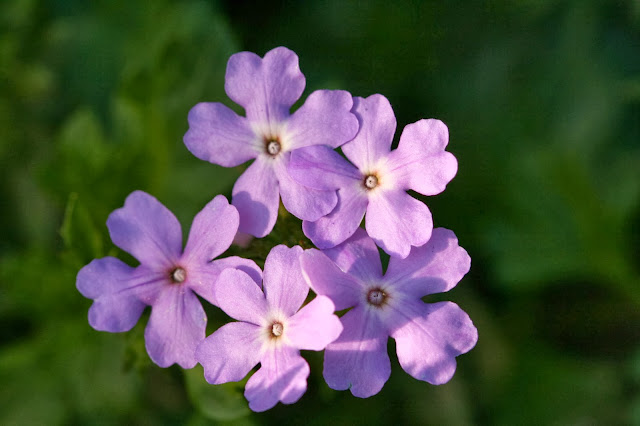 Tampa verbena (Glandularia tampensis) is a state-listed endangered species, endemic to just a few coastal counties on both sides of the state in north and central peninsular Florida.  It is a short-lived perennial that most often occurs in light gaps and disturbed openings in woodland hammocks.  I have found it in a number of locations over the years, but always in edges, in areas rooted by wild hog, along trails, and other such places, and often, when I have returned a year or two later, it has either disappeared or moved.Though somewhat adaptable to growing conditions, it seems to most prefer moist soils and partial sun.
Tampa verbena is an upright, evergreen herbaceous species that rarely stands taller than 2 feet.  Given extra fertilizer or in places that get very little sunlight, it can reach 3 feet, but it often becomes weak and droops over.  Multiple stems arise from the ground and mature plants form a very attractive mass. Each stem, however, forms very few side branches. The opposite leaves are arrow shaped and deeply toothed along the margins.
Blooming can occur in most months, but is most prolific in late spring and summer. Like its close (and also endangered) relative, beach verbena (G. maritima), clusters of very stunning light to deep pink (sometimes, almost lavender) flowers form at the ends of each stem.  Each flower remains open for about a week, and individual plants remain in bloom for many months, if given the right conditions. Like others in this genus, the flowers attract pollinators.
Though quite rare in nature, Tampa verbena is rather widely propagated and is very easy to grow from cuttings.  Its ease of propagation, however, is not matched by ease of maintenance in the garden.  I have grown this beautiful wildflower many times and in many places within my landscape, but I have never had it persist for more than two years and it has never self-seeded.  Its attractiveness warrants using it much like an annual, adding new plants when the older ones expire.  In the garden, Tampa verbena will do well in almost full sun and is rather drought tolerant once established.  It does not seem particularly fussy about soil pH. Given a choice, I would give it part sun and a bit of extra moisture - conditions I find it growing in the wild.
Posted by Hawthorn Hill at 6:12 AM