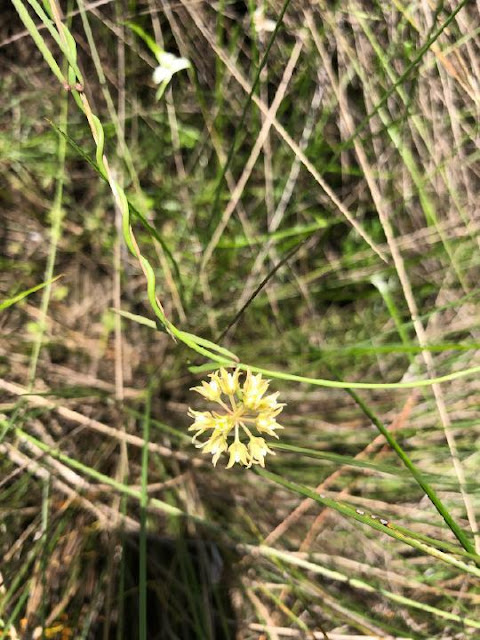 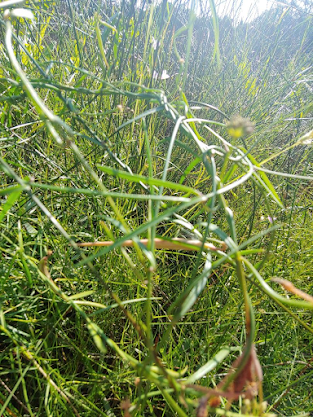 Gulf Coast swallowwort (Pattalias palustre) has a somewhat confused taxonomy. Because of various legitimacy issues with the generic name, it has been moved to this genus. It was formerly known as Seutera angustifolia and before that as Cynanchum angustifolium.  It is under that last name that I first learned it. Regardless of its taxonomic confusion, it is well entrenched as a member of the milkweed family - Apocynaceae, and serves as an important host plant to milkweed butterflies in coastal habitats.

As its name suggests, Gulf Coast swallowwort occurs in every Florida county along the gulf coast in brackish saltmarsh habitats. It also occurs in virtually every county along the east coast of Florida - always in saltmarsh conditions.  Outside of Florida, it has been recorded from the Texas coast to North Carolina in coastal habitats as well as the West Indies, Mexico and portions of Central America to Belize.

This is a perennial vine that twines its way throughout the neighboring vegetation. It does not have tendrils. It is easy to miss in this situation as it rarely grows taller than 3 feet and both its foliage and flowers are rather inconspicuous.  The leaves are simple and opposite each other on the stem.  Each is narrow and pointed, and may reach 1.5 - 2 inches in length.

Flowering occurs in summer and the ripened pods are formed by very early fall.  The plants above, were growing in a saltmarsh in Pasco County and photographed in early September.  I apologize for the poor quality of the photos taken with my cell phone... The flowers are produced in small heads and are greenish white in color. The pods are a bit longer than 1 inch and contain a great many tiny seeds - each attached to a fluffy appendage. As a milkweed, these plants also produce a milky sap.

Gulf Coast swallowwort provides an important food source for coastal milkweed butterflies - especially queens.  Nevertheless, it is rarely propagated by native plant nurseries for butterfly gardeners. It would require moist to wet soils in a landscape, but likely not require salt to thrive.  Everywhere I have seen it, it has been growing in full sun.

Posted by Hawthorn Hill at 6:37 AM