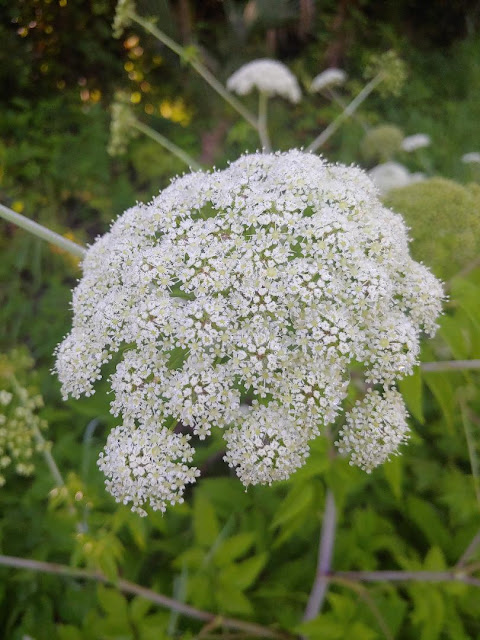 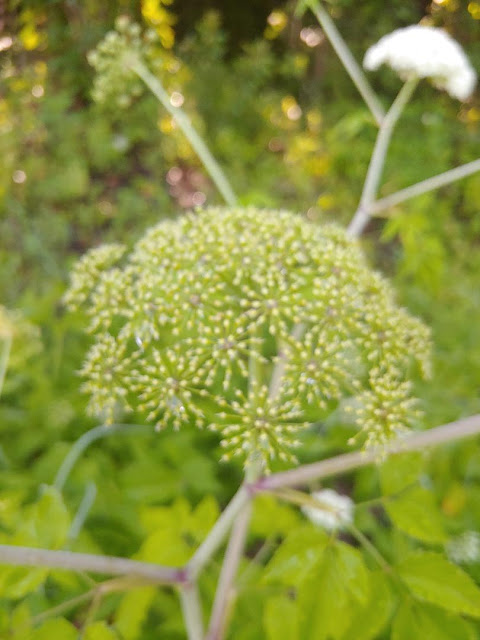 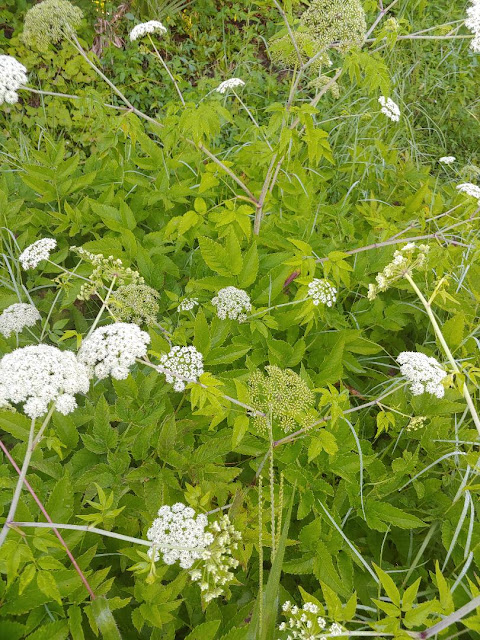 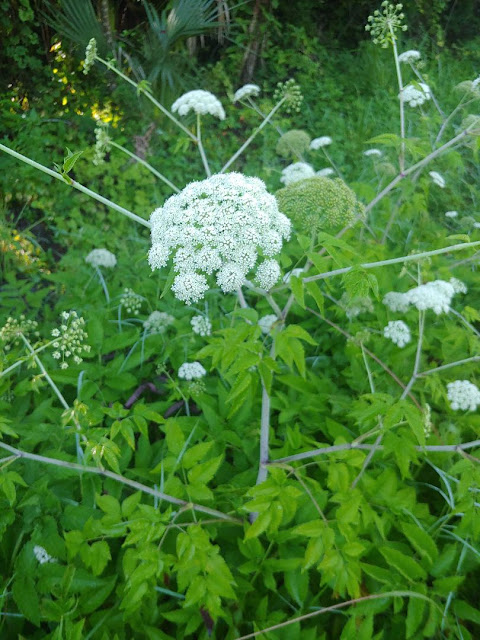 Spotted water hemlock (Cicuta maculata) is a perennial member of the carrot family (Apiaceae) found statewide (except for the extreme southern counties) in open wetlands - pond and marsh edges.  It also occurs throughout much of the U.S. in similar habitats.  Like most members of this family, it is highly toxic and should never be consumed. Deaths have been reported from this even when consumed in very small amounts. It is, however, a host for the eastern black swallowtail butterfly and makes a valuable addition to a landscape devoted to butterflies as long as it is placed in an area where it won't be mistakenly eaten by humans or livestock.

This perennial forb dies back to the ground during the winter and reemerges in early spring. It reaches its mature height of about 6 feet by early summer. The foliage is composed of pinnately compound leaves that alternate along the stem.  The leaves are robust. Each is about 8 inches long and up to 6 inches wide. The leaf margins are toothed. These are held on purplish stems that appear spotted on close glance - hence its common name.

Flowering occurs from early summer to early fall. They occur in umbels - which is a distinguishing feature of this family. The umbels are 6-8 inches across and contain a great many tiny white flowers. Each flower is only about 1/8 inch across. The blooms attract the attention of a great many pollinators. Pollinated flowers become equally small brownish slightly winged seeds that are eaten by birds.

Because of the extreme toxicity of its foliage, spotted water hemlock is very infrequently offered for sale by native plant nurseries affiliated with FANN - the Florida Association of Native Nurseries. Its value as a host and pollinator plant, however, cannot be ignored and it should be considered for plantings along lake edges away from the possible grazing of livestock. Ripe seed is easily germinated. Collect it when fully dry and sow it just beneath the soil surface.

Posted by Hawthorn Hill at 7:11 AM