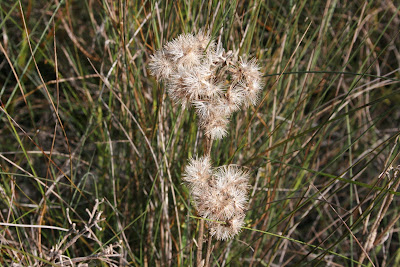 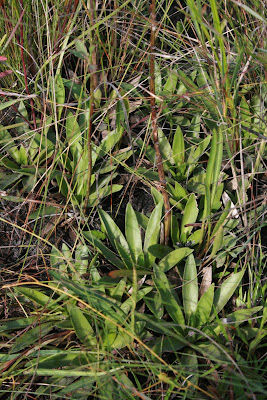 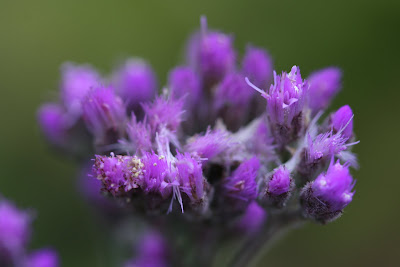 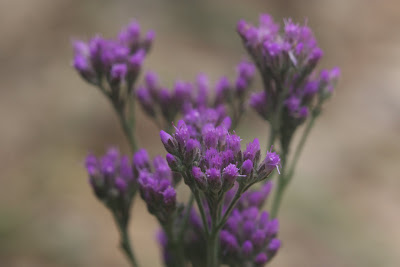 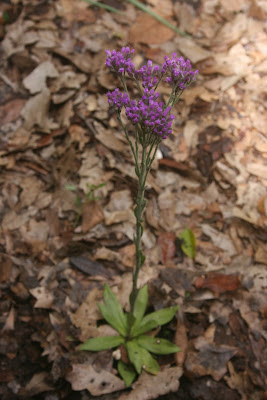 Pineland chaffhead (Carphephorus carnosus) is a pretty unappealing name for this beautiful little wildflower. Its a shame it couldn't have been endowed with something more attractive -like prairie stars - that captured both its interesting foliage and the beauty of its bloom. But, it is what it is.

Pineland chaffhead is a Florida endemic and essentially occurs in wet prairies along the Kissimmee River basin in the central panhandle. In these habitats, it is quite abundant and is a significant component of the dry prairie ecosystem. It is not commonly found in pinelands, except within open, wetter pine flatwoods where saw palmetto is not dominant.

"Dry prairie", however, is a bit of a misnomer. Regions such as what is found at Kissimmee Prairie Preserve State Park are relatively dry during the drier months in Florida, but have shallow standing water during the wet summer ones. Pineland chaffhead is adaptable to those widely varying conditions.

This species is one of 5 members of this genus - and very closely related to the blazing stars. In fact, the misapplied genus name Trilisa is an amalgram (a mixing of the letters) of Liatris. Pineland chaffhead is deciduous. In the early spring, the pointed star-like basal leaves emerge. Several months later, the short flower stalk rises from the center of this rosette.

Flowering occurs in September, for the most part, and lasts about a month. Flower stalks are much shorter than other members of this genus and rarely stand taller than 12-18 inches. Individual flowers are an intensely rich lavender, but are quite small. The tiny flowers occur in broad corymbs and the sheer numbers makes this plant a real head-turner when it is in bloom.

Pineland chaffhead prefers mostly sunny locations and plenty of water. Although it is reasonably drought tolerant during the winter and early spring, it will not persist if not given ample moisture during the extreme heat of summer. If you have these conditions, this is a beautiful addition to a wildflower garden. Plant it near the front where its interesting foliage can be seen and the late-summer flowers can be fully admired.

At present, no member of the Association of Florida Native Plant Nurseries is offering pineland chaffhead for sale, but it has been sold in the past. This seems to be one species worthy of production if there was an obvious market. Hawthorn Hill is evaluating this species in our own gardens. Perhaps, we will have some to share in the years ahead.

Posted by Hawthorn Hill at 4:14 PM