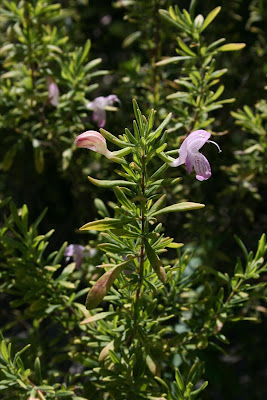 Etonia rosemary (Conradina etonia) is a rare and relatively recently described species native to a very small region of scrub in Putnam County. Because of this, it is listed as Endangered by the federal government and by the state.

Etonia rosemary is very similar in appearance to the large-flowered rosemary (C. grandiflora) and shares many of the same foliage and floral characteristics. It differs by having noticeable lateral veins on the undersides of its leaves - something that no other member of this genus has.

Despite its great rarity and extremely limited range, it is offered by at least one native plant nursery listed in the Association of Florida Native Nurseries. I have had very little personal experience with it, but found that it seemed very similar to other members of the genus in terms of soil and light requirements. 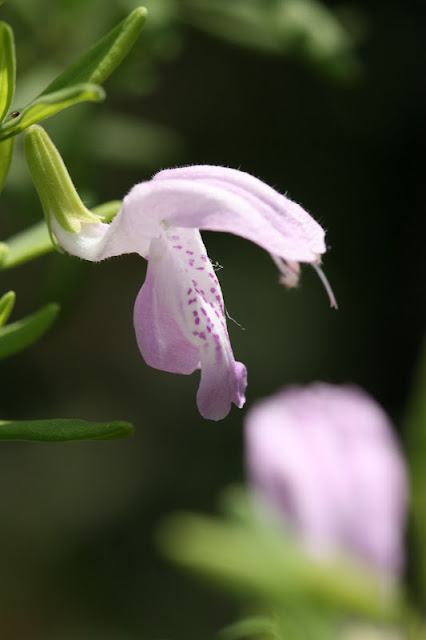 Etonia rosemary offers very little to the home garden that is not already provided by its more common cousin - the large-flowered rosemary. But, then, it has the same wonderful characteristics. Give it a try if you have the right soil and light conditions and you live in the northern half of the state.
Posted by Hawthorn Hill at 12:21 PM