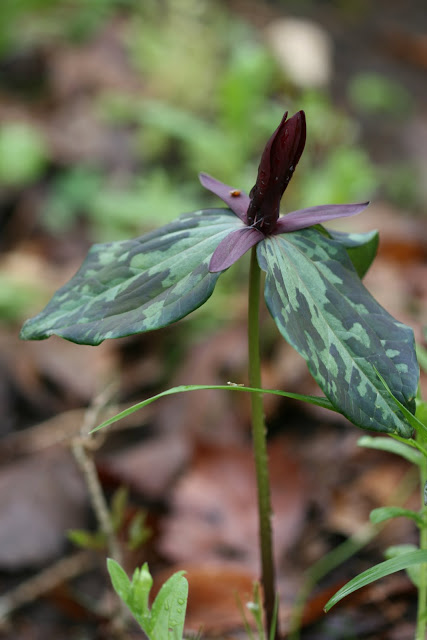 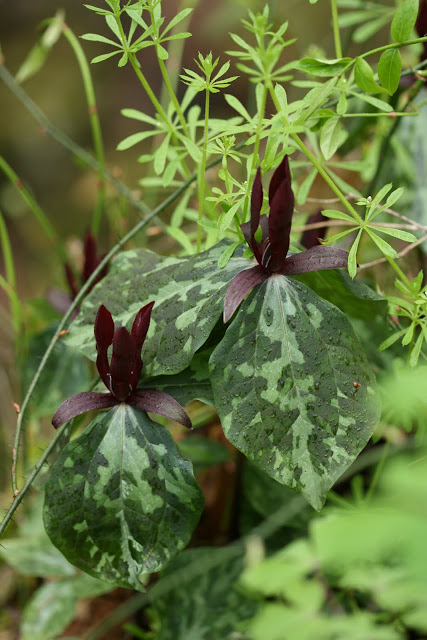 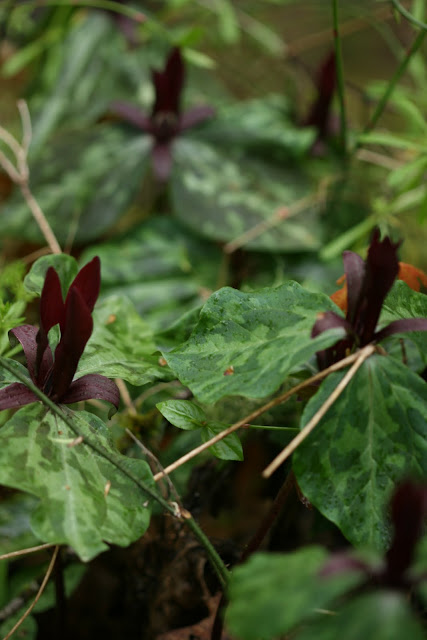 One of Florida's other four spectacular trilliums is spotted wakerobin (Trillium maculatum).  This species has much the same distribution as Chattahootchie River wakerobin, but it occurs eastward into Alachua County as well.  These photographs were taken the same day as the photos taken of Chattahootchie River wakerobin in Florida Caverns State Park near Marianna, Jackson County, Florida.  Spotted wakrobin has similar leaves and stands the same distance above the ground.  The most obvious difference lies in the shape of the petals.  Both the petals and the sepals are a rich maroon in color and the petals are erect and several inches in length.
Spotted wakerobin, like all our native trilliums, is confined to the understories of deciduous forests in soils overlying limestone.  In these settings, their populations can be quite dense and they are especially noticeable in the spring.  As summer approaches, the leaves wither and disappear - only to emerge again the next spring.
Spotted wakerobin makes an extremely interesting addition to a deciduous hardwood understory planting and is available from a few reputable nurseries which propagate it from seed.  Do not attempt it if you cannot duplicate the conditions it requires - good drainage with a rich organic surface layer and high alkalinity.  Under these conditions, it is relatively easy to grow - even outside its normal range.
Posted by Hawthorn Hill at 5:04 PM