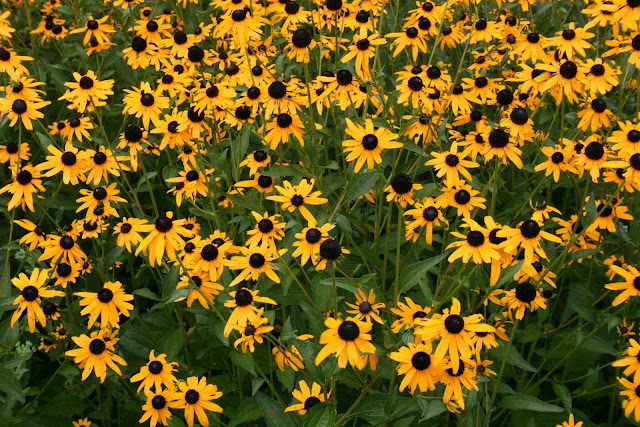 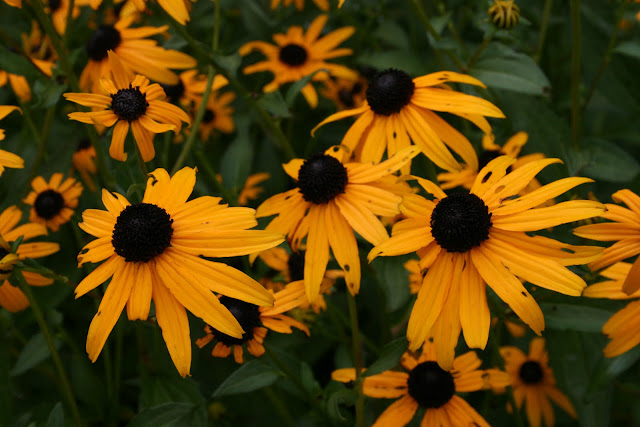 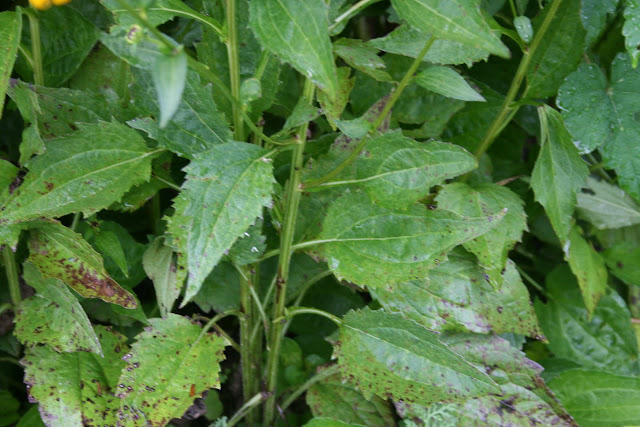 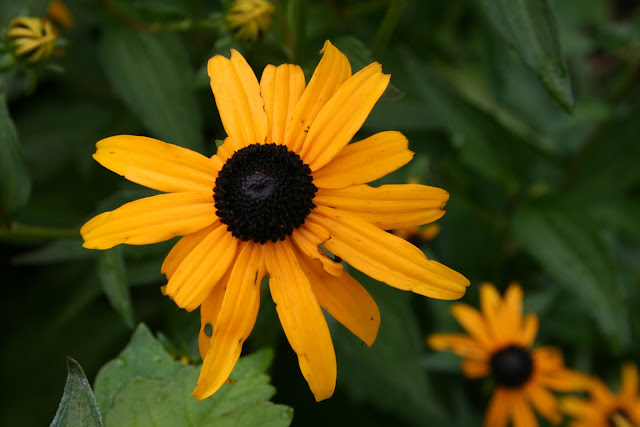 Orange coneflower (Rudbeckia fulgida) is a close relative of the ubiquitous black-eyed susan (R. hirta), but is far less common here in Florida.  Whereas black-eyed susan occurs nearly statewide in Florida, orange coneflower is scattered across several central panhandle counties and south to Taylor and Dixie Counties in the "Big Bend" region of the northwestern peninsula.  Outside of Florida, this wildflower is extremely common as well.  Its geographical range extends from Texas in the west, Ontario to the north, and east at these latitudes to the Atlantic.
Throughout its range, orange coneflower is found in sunny to partly sunny locations in average uplands in average soils.  It can be found in moist sites, but is more often present in locations decidedly mesic.  In most aspects, it is similar to its close cousin, black-eyed susan - just a bit more robust.  Orange coneflower often stands 2-3 feet tall when in bloom and the flowers in Florida tend to be a bit broader. One major difference between the two is that orange coneflower is a perennial while black-eyed susan is an annual or, at best, a biennial. The other difference lies in the hairs along the main stems.  Black-eyed susan is hirsute - the hairs occur on all sides of the stem and are bristly.  The hairs on orange coneflower are strigose; mostly appressed along the stem instead of standing out in all directions.
The foliage of orange coneflower is highly variable.  In the variety found in Florida, R. fulgida var fulgida, the leaves at the upper portion of the stem are about the same size as the lower leaves.  In var. sullivantii, found in areas north of Florida, the upper leaves are noticeably reduced.
Orange coneflower is an adaptable and beautiful wildflower and should be used far more in Florida than it currently is.  Although it is widely available from native plant sources to our north, it is not currently propagated by any nursery in Florida affiliated with FANN - the Florida Association of Native Nurseries.  This is regrettable as this species is adaptable to at least the northern third of the state. I do not have experience with it outside of north Florida, though we recently acquired some specimens that we hope to evaluate.
Use this species like you would black-eyed susan.  It does best planted in mass and mixed with other medium tall wildflowers and native grasses.
Posted by Hawthorn Hill at 7:25 PM