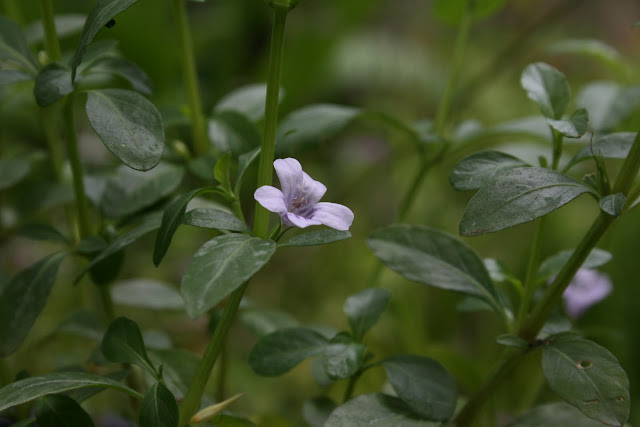 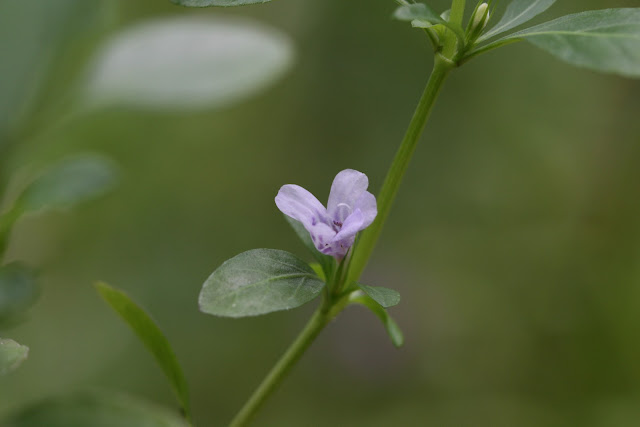 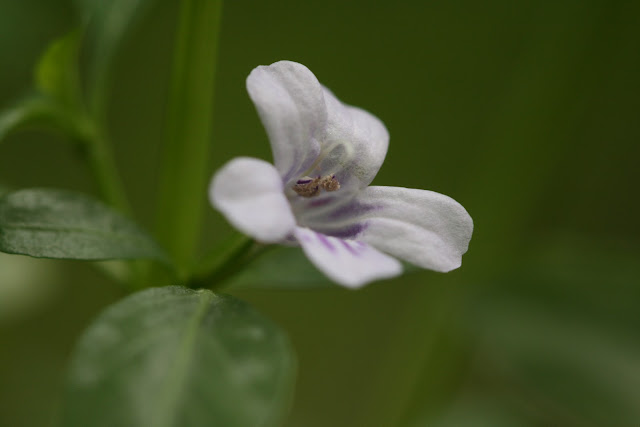 Swamp twinflower (Dyschoriste humistrata) is a wetland relative of the nearly ubiquitous upland twinflower (D. oblongifolia). Unlike its close cousin, swamp twinflower is confined to the peninsula, from the Georgia border to DeSoto County in the south-central region.  Here, it occurs mostly in the partially shaded edges of forested wetlands.  This twinflower has also been reported in Georgia and South Carolina.
Swamp twinflower is a deciduous perennial. It emerges in early spring and produces a large number of weak decumbent stems.  Each reaches a length of several feet and and they root in various places as they touch moist soil. The deep green almost-succulent leaves are opposite each other on the stem, somewhat ovoid in shape, and about 1/2 inch long.  The foliage is attractive and the plant's habit makes it an interesting ground cover for somewhat shady and moist locations.
Flowering can occur in most months, but is most common from late spring to early summer.  The flowers are a pale lavender with a deeper lavender throat.  They are less showy than those of its more common cousin and smaller; typically half the length of D. oblongifolia.
Swamp twinflower has never been offered, to my knowledge, by anyone associated with FANN - the Florida Association of Native Nurseries, though it has potential as a flowering ground cover if planted in the right location.  Use it in partly sunny to mostly shady locations where the soil maintains some moisture.  I am told that it has good tolerance for occasional drought, but it won't persist if not kept frequently moist. We are currently experimenting with swamp twinflower at Hawthorn Hill.  As we learn more about its adaptability, we will keep you posted.
Posted by Hawthorn Hill at 10:51 AM