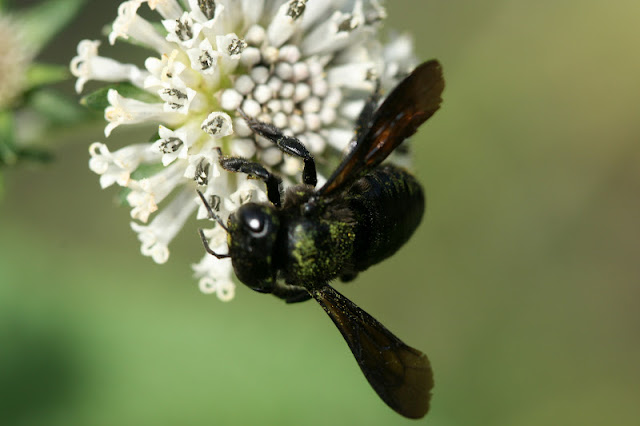 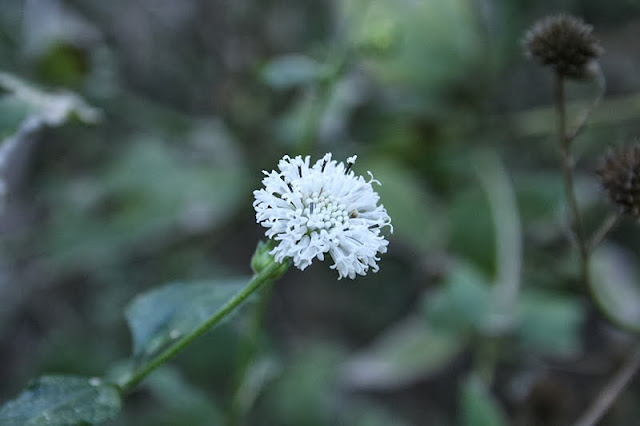 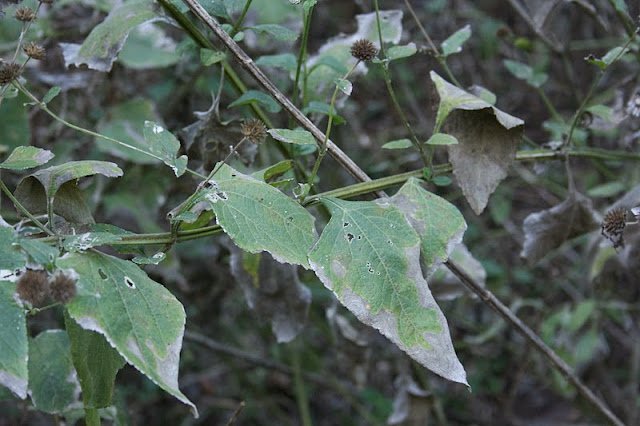 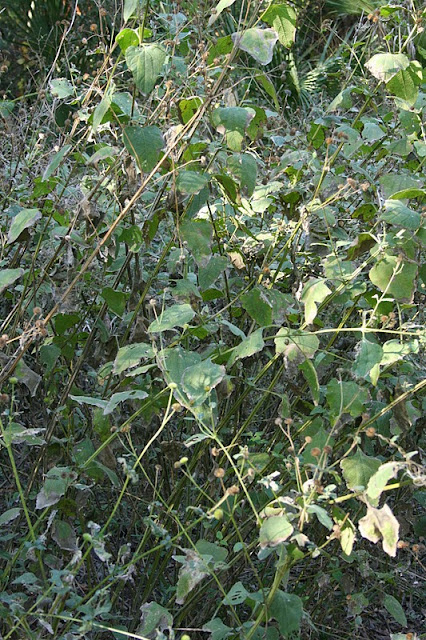 Salt and pepper (Melanthera nivea), also known as "snow squarestem", is a robust perennial wildflower found statewide in Florida and throughout much of the Southeast.  It is a Species of Concern in Kentucky and endangered in southern Illinois.  This plant often acts like a weed; it occurs in disturbed open habitats, is variable in growth form, and can tolerate a very wide range of conditions. This makes it an easy wildflower to add to nearly any landscape setting, but with caution... as it will require some pruning and control over time.
Although natural short forms are sometimes encountered, salt and pepper most frequently is seen as a tall and lanky semi-woody specimen that reaches a mature height of 3-4 feet.  Like dotted horsemint (Monarda punctata), it is deciduous in winter or retains some of its basal leaves, and then quickly grows upright beginning in early spring.  This is in the Aster family, though its stems are square like those of the mints.  The diamond-shaped leaves are tough and coarse, and often opposite on the stem.
Flowering occurs in late summer and may last well into early winter.  The plants photographed above still had a few flower heads in late December. It's the flowers that give it its common name.  There are no ray petals and the central disk is composed of small white tubular blooms. Arising from inside each are black anthers (the male portion of the flower).  This is what gives it its Latin genus name.
These flower heads are especially attractive to pollinating insects.  Bees, butterflies, and a host of others are drawn to these blooms and they are a focal point of activity in the garden. Each flower ultimately produces a number of achenes (seeds) and they are released as the heads dry.
Salt and pepper can make a valuable and interesting addition to a wildflower garden if it is maintained.  I would recommend periodic pruning to keep plants no taller than 3 feet and so they remain fuller.  I would also recommend deadheading them once the blooms are spent to reduce the number of seedlings that will come up the following year.
Salt and pepper is only occasionally offered by nurseries affiliated with FANN - the Florida Association of Native Nurseries so it may take some looking to find it if you wish to add it to your landscape.  We do not propagate it at Hawthorn Hill.
Posted by Hawthorn Hill at 9:07 AM