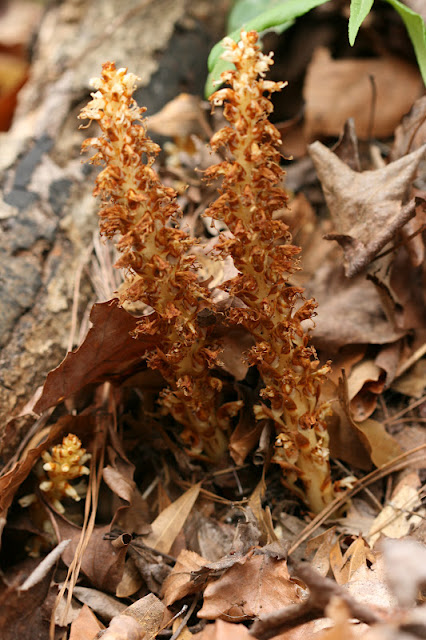 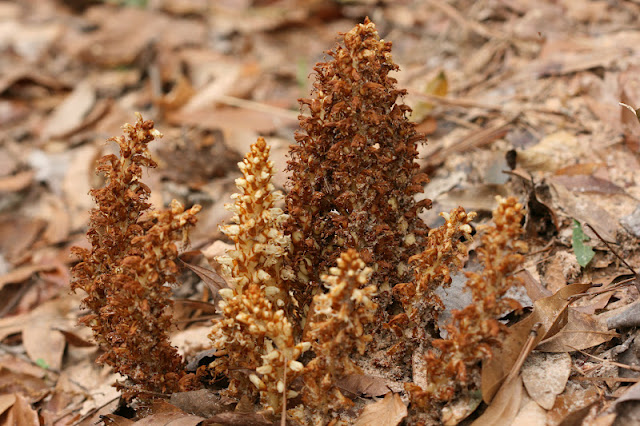 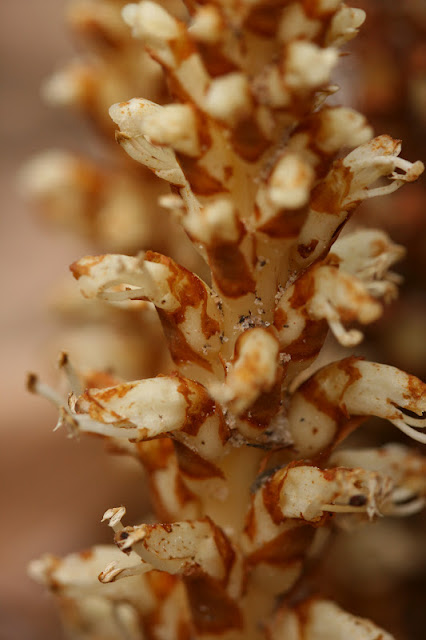 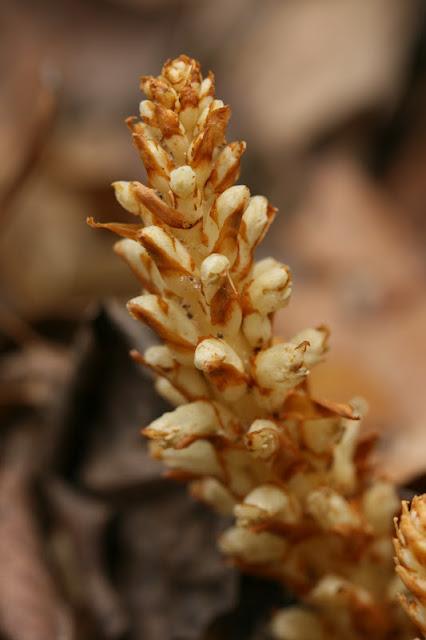 American squawroot (Conopholis americana) is the only member of this genus in Florida and part of a family (Orobanchaceae) that acts as root parasites.  American squawroot is also in the smaller group in this family that does not produce chlorophyll - making it completely dependent on its host for its nourishment.  This is a widely occurring species in Florida, and can be found throughout most of the northern half of the state.  It is also widely distributed outside of Florida.  American squawroot is found from Manitoba in central Canada to our north and south to Mississippi.  Throughout this range, it is most often found in the understories of well-drained woodlands.
American squawroot is deciduous and emerges in the spring.  It does not have leaves and produces a cluster of pine-cone-shaped flower heads in early spring to early summer. The plants photographed above were just past their peak of flowering in early March.  The individual flowers are yellowish white. They are subtended by an orange-tan bract. I have not observed the types of pollinators that visit this plant, but suspect it is of most interest to bees and pollinating flies.
American squawroot is never likely to be the target of home landscaping interest, but it will always remain an interesting component of our flora. Look for it in the understory of well-drained oak woodlands and admire it for its unique character.
Posted by Hawthorn Hill at 11:37 AM