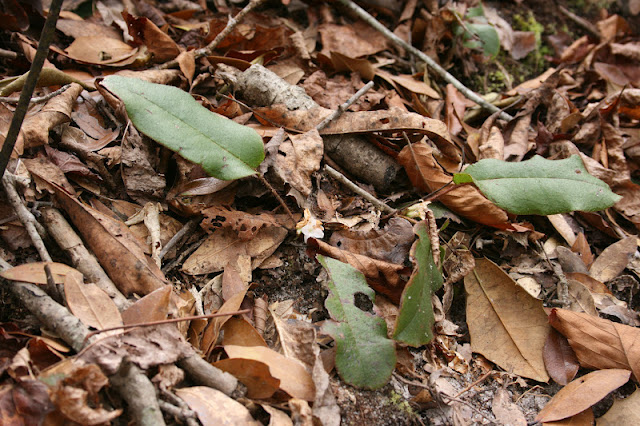 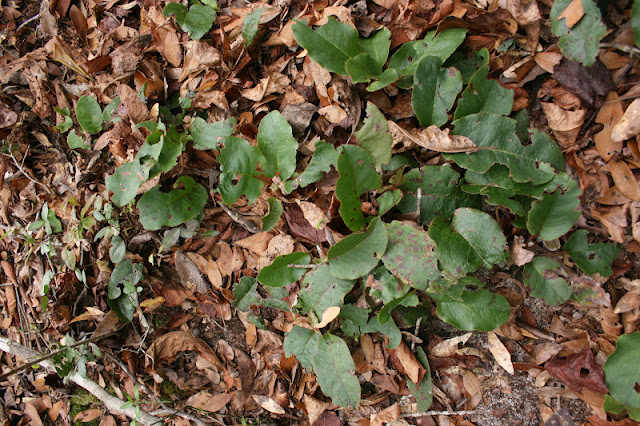 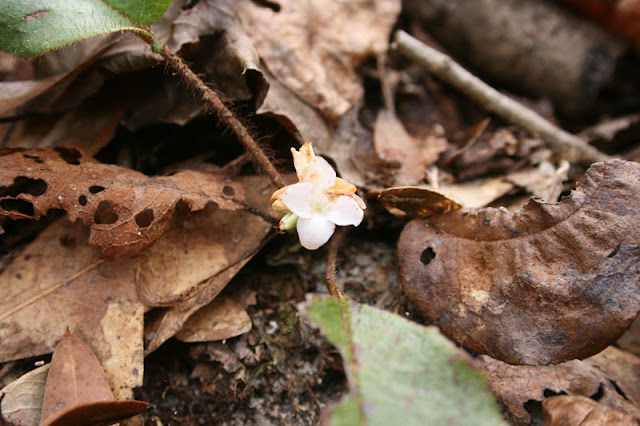 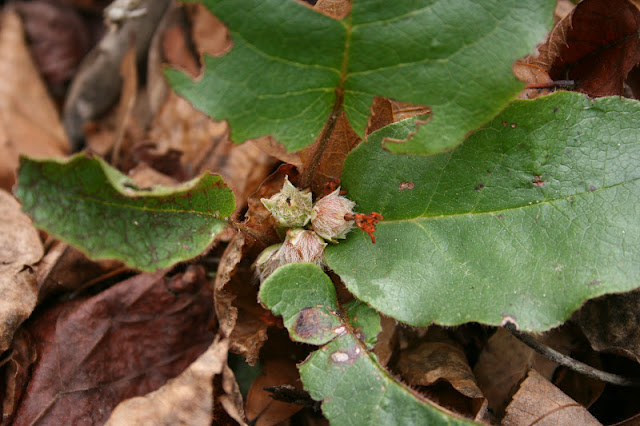 Trailing arbutus (Epigaea repens) is another one of Florida's relict flora; a species exceedingly rare here, but more common to our north. This species occurs as an isolated population within Torreya State Park in Liberty County as well as in the three furthest western counties in the panhandle.  Because of its rarity and vulnerability, it is classified as a state endangered species.  It is far more common to our north and west, however; occurring in nearly every state in the eastern third of the U.S. and most of the southern tier of Canadian provinces to Manitoba. Throughout its range, it is most common to the understory of deciduous woodlands - in places where it is not routinely buried by leaf litter.
As its name implies, trailing arbutus is a low-growing ground cover. It spreads slowly by rhizomes and eventually occurs as a mat of deep-green evergreen foliage.  Each leaf is leathery and somewhat wooly, and the plants themselves rarely stand taller than about 4-6 inches.
Flowering occurs in very early spring, often before any of the other spring ephemerals have bloomed.  The bright white flowers occur in small clusters at ground level and are exceptionally fragrant.  The flowers soon give way to small fruits that are whitish and somewhat reminiscent of a raspberry.  The photos above were taken in Torreya State Park in early March.  Most of the flowers were well past blooming and the fruit were becoming well developed.
Trailing arbutus has potential as a ground cover for deciduous-shady woodland landscapes in north Florida, but it has never been propagated (to my knowledge) by anyone associated with the Florida Association of Native Nurseries - and, it is unlikely to be.  Though more common to our north, this species is unlikely to fare well here unless specimens close to our border are used.  I have read that it is difficult to propagate as well.
When all is said, this species is best considered to be another of Florida's interesting flora, appreciated in the woods where it occurs.
Posted by Hawthorn Hill at 6:46 PM