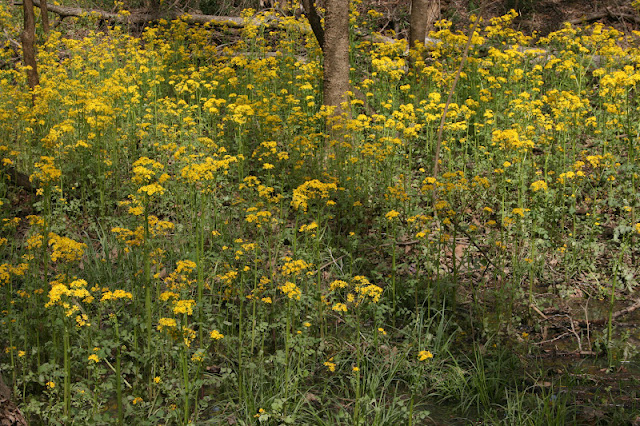 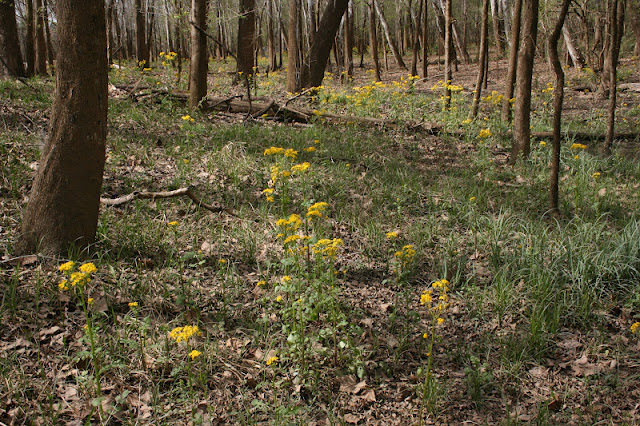 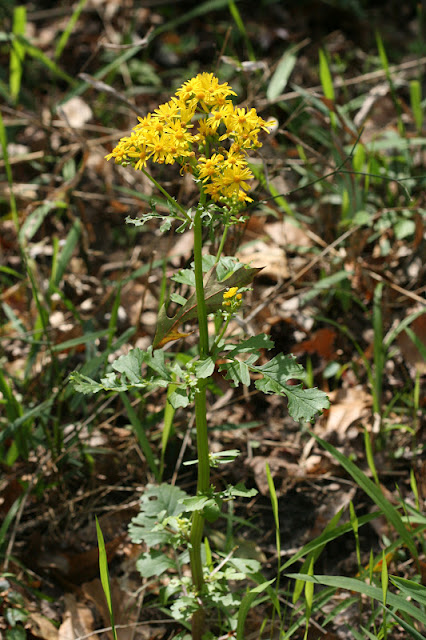 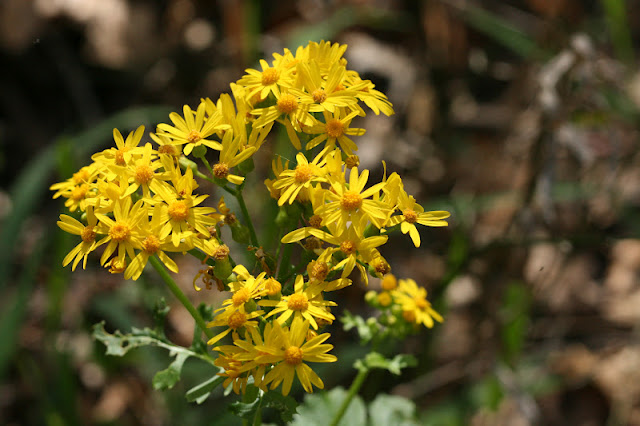 Butterweed (Packera glabella) (fka Senecio glabellus) is a common component of freshwater wetlands throughout Florida.  It also occurs throughout most of the eastern half of North America, from Ontario to the north and Texas to the south.  Within this range, it can be encountered nearly anywhere soils are moist to seasonally flooded.
Butterweed is an annual that often emerges in fall, overwinters as a basal rosette of leaves, and quickly sends up flower stalks in the spring.  Unlike the perennial species, Packera aurea, that is sometimes sold commercially in Florida, this species has alternate multi-lobed leaves that look a bit like those of many mustards (at least to me).  Butterweed, however, is a member of the Composite (Aster) family.
Tall, hollow flower stalks emerge from the center of each rosette in early spring. By its March/April flowering time, each may be about 3 feet tall.  Many buds form at the tip and these open to revel the canary yellow flowers.  Both the ray and the disk flowers are similarly colored.
Butterweed often forms dense stands in places where its growing needs are best met, and a stand of these in bloom can be spectacular.  The flowers are attractive also to a wide range of butterflies and bees so areas of butterweed are often a-buzz with activity. But, because the stalks are hollow, they often fall over if subjected to high winds or other similar forces.
Because its an annual, this butterweed has not generally been made available commercially as its perennial (and rarer) relative has.  It is easy to grow from seed, however, should you wish to add it to a wetland setting.  Collect the fuzzy seed as soon as it ripens in late spring/early summer and sow it immediately.  This species will persist and spread if it has open moist soils. It will prosper in full sun to partial shade if its soil-moisture needs are met. We do not propagate this at Hawthorn Hill at this time.
Posted by Hawthorn Hill at 7:33 AM