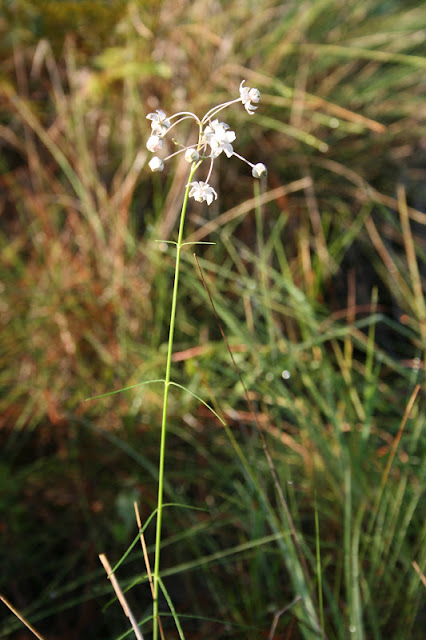 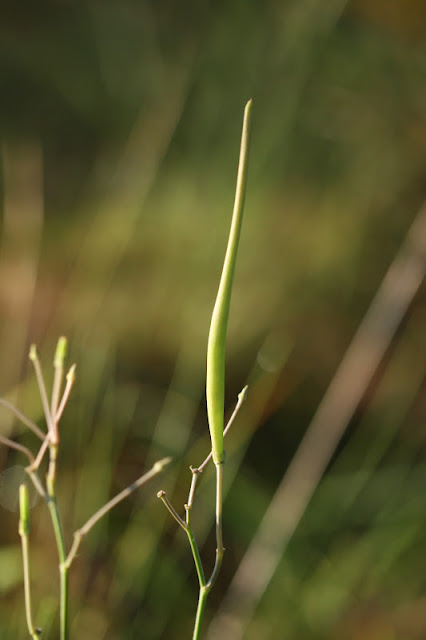 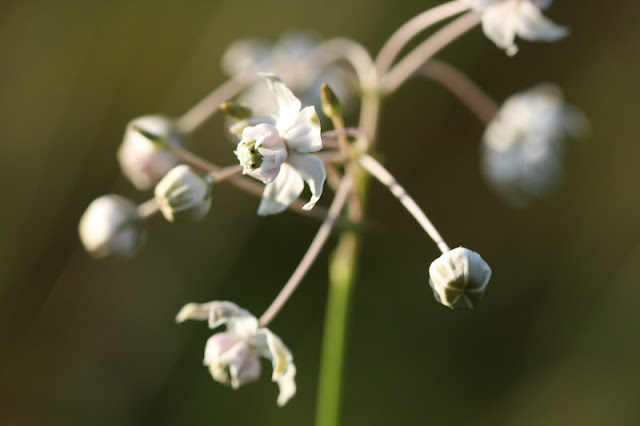 Carolina milkweed (Asclepias cinerea) is a species of the Southeast Coastal Plain, occurring from South Carolina to Mississippi.  In Florida, it is restricted to the Panhandle and northern counties, south to Marion and Levy Counties.  Throughout its range, it is native to well-drained uplands - principally longleaf pine sandhills.
Carolina milkweed is a difficult plant to spot in the understory when not in bloom.  After emerging in the spring, it becomes a thin-stemmed plant about 2 feet tall, with narrow linear leaves several inches long and opposite on the stem.  Its thin aspect and general lack of noticeable foliage allows it to remain mostly undetected in the wiregrass-dominated understory it typically grows in.
Flowering changes that.  Though the flower clusters are loosely arranged on the ends of the stems and relatively few buds are produced, each flower is about 1/2 inch across and noticeable.  The weight of these blooms is enough to make most stems bend over a bit.  The flowers are a unique shade white, tinged with grey-purple and the sepals open into a star-like pattern and don't curl backwards like many other species in this genus. Flowering typically occurs in early summer, but these plants, photographed at Torreya State Park, were all in full bloom the late August/early September.
Florida is blessed with 21 species of native milkweeds, but very few are currently propagated commercially, despite great interest from butterfly gardeners seeking native larval plants for monarch and queen butterflies to replace the non-native scarlet milkweed (A. curassavica). Carolina milkweed is just one of many interesting species that have been ignored to date. Hopefully that will change.  Given well-drained soils and plenty of sun, it should prosper in landscapes throughout its natural range.  I have never grown this species personally, so I do not know if this range could be extended significantly.
Posted by Hawthorn Hill at 8:21 AM