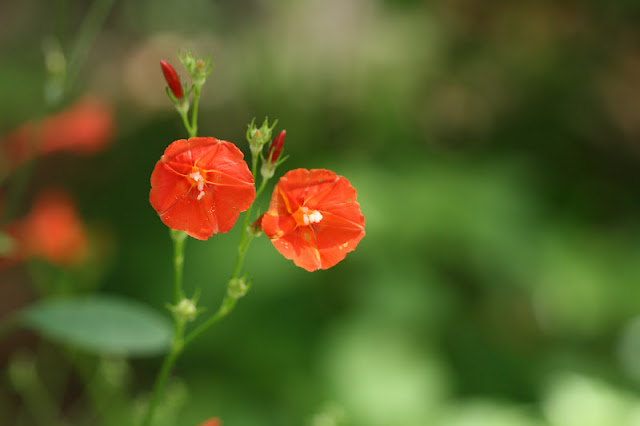 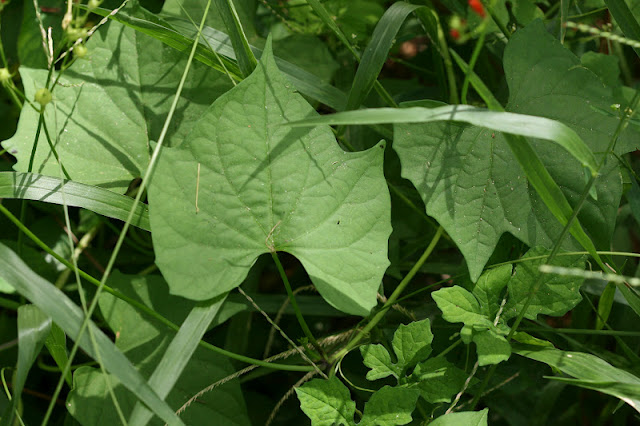 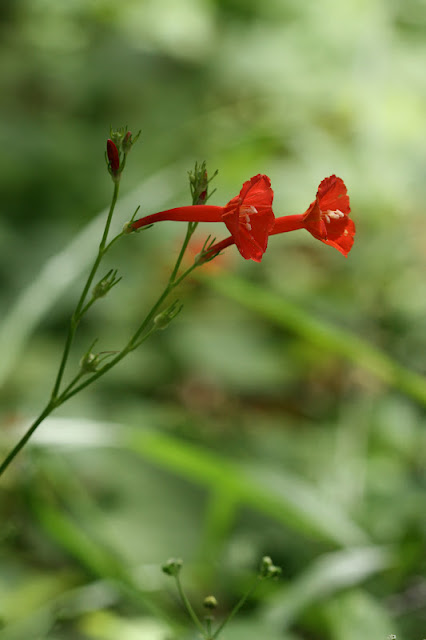 Scarlet creepr (Ipomoea hederifolia)﻿ is yet another member of the morning glory family native to Florida.  It is found nearly statewide in moist, partly sunny locations, and in other states along the southern edge of the country from New Mexico to Georgia.  It has also been reported from Virginia, Massachusetts, and Vermont.
Scarlet creeper is an annual that grows quickly in the spring and reaches its mature size by late summer.  It is a weak twining herbaceous vine with distinctive heart-shaped leaves - with multiple points instead of a smooth margin.  It tends to grow through and over neighboring vegetation, eventually forming a thick mass that can shade over the plants below it.
It makes up for the rambling trait, however, with its attractive scarlet red flowers.  Though small (about 1 inch long and about 1/2 inch wide), each plant produces many blooms each morning.  They are striking to look at, but also attract pollinators such as butterflies asnd bees.  As might be guessed, hummingbirds will also use them.
Though this plant is most often found in moist locations, it is fairly drought tolerant and can sometimes be found in upland settings. It has not been offered commercially to the best of my knowledge and is a difficult plant to keep in a nursery and in a landscape because of its behavior.  If you wish to try it, it grows easily from seed collected from the dry capsules.
Posted by Hawthorn Hill at 7:10 PM