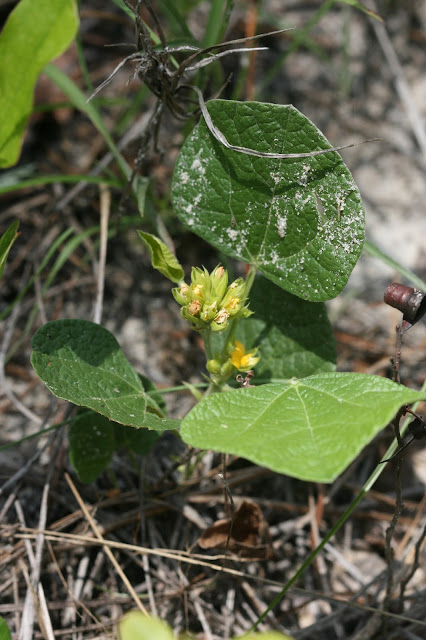 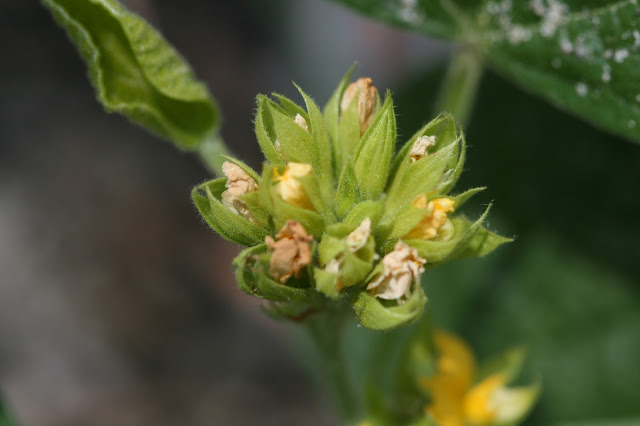 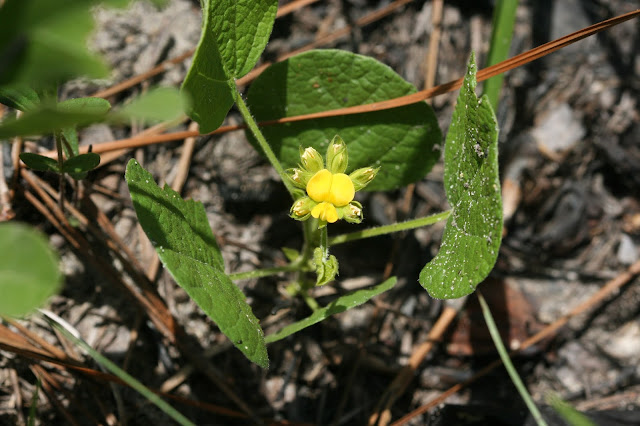 Dollarleaf (Rhynchosia reniformis) seems aptly named as its leaves are decidedly round and shaped somewhat like a silver dollar. This genus is also known as the "snoutbeans" which also is aptly named as the flowers have a decided "beak" (the Greek definition of the word Rhynchosia).  This species occurs in dry upland sites throughout much of north and central Florida. It also occurs throughout much of the Southeast Coastal Plan - from Texas in the west to Tennessee and North Carolina in the east.
These are perennial legumes that die back to the ground in winter. This species emerges in spring and forms a somewhat sprawling low-to-the-ground herbaceous plant that rarely stands taller than 6 inches. Because of this, it can be overlooked when not in bloom. Dollarleaf responds quickly to fire and prefers the open habitat that fire maintains.  The leaves are somewhat fuzzy and not compound like many other legumes.
The flowers are formed on short stems at the leaf axils and are arranged in a circular "head."  Single bright yellow flowers are generally produced one at a time within this arrangement. Each is small - about 1/2 inch long. Like many legumes, the flowers are of special interest to bees - especially bumblebees. Flowers can be produced in most months when temperatures don't fall below freezing.
Dollarleaf (and other Rhynchosias) are host plants for several skippers that use a wide variety of legumes - in particular the long-tailed and dorantes skipper.
Legumes are important nitrogen fixers and, because of that, they improve soil nutrition. They also serve as butterfly host plats and nectar sources for bees. Dollarleaf and other Rhychosias, however, have not been commercially propagated in Florida by any of the nurseries affiliated with FANN - the Florida Association of Native Nurseries. It is unlikely that this will change as other legumes are more "showy" and serve some of the same services as this genus. Look for this species in sandhills and open dry flatwoods.