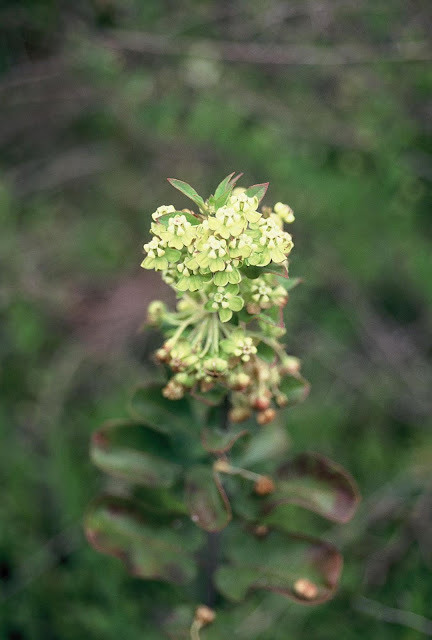 Velvetleaf milkweed (Asclepias tomentosa) is a rather nondescript member of the milkweed family which occurs in a variety of well-drained upland sites throughout most of Florida and the Southeast.  This is a deciduous species and dies back to the ground in the late fall after its seeds are released.  As it emerges in the spring, it can go largely unnoticed as it sends its stalk upwards.  Eventually, it reaches a height of about 3 feet in summer.  The individual stalks are stiff, and opposite rounded leaves occur along the length of each.  The leaves are somewhat fuzzy in texture; hence the common name.
Blooming occurs in summer.  The flower buds are arranged in a conical head at the top of the stem and the plants remain in flower for several weeks.  The flowers are a rather greenish white and not very showy, but they attract the same types of pollinating butterflies as any other milkweed.  Pollinated flowers eventually produce large elongated pods. 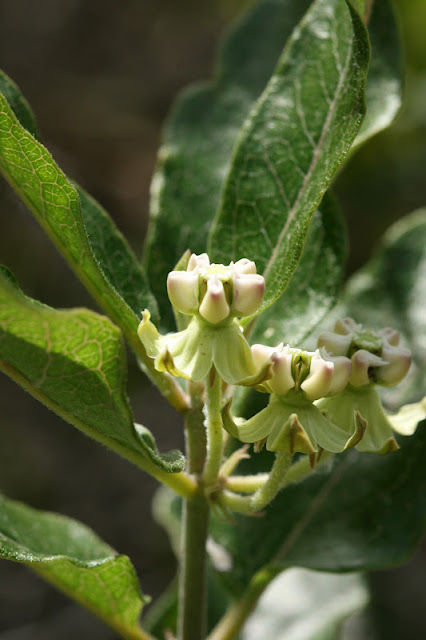 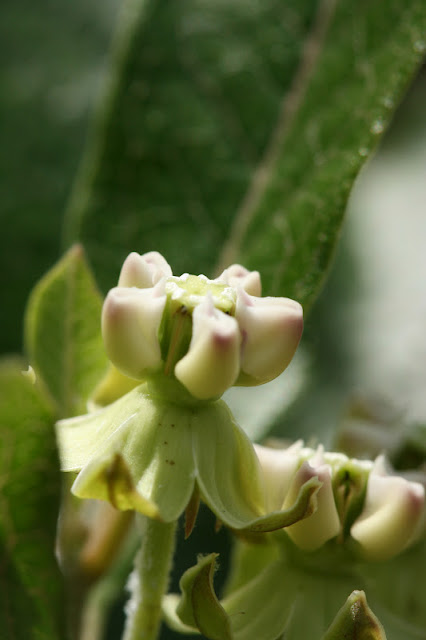 Velvetleaf milkweed has never been offered for sale commercially by anyone associated with AFNN- the Association of Florida Native Nurseries, and it is not an easy species to keep in the home landscape.  I have found it to be very sensitive to having the proper drainage and will quickly rot if not given well-drained sandy soils and good levels of sunlight.  It is, however, a good candidate for gardeners looking to use native milkweeds in a butterfly garden.  Because of its size, it can handle a good number of caterpillars before being completely defoliated - something which is not true of many of our more-diminutive native milkweeds.  The leaves produce an abundance of milky sap as well - a trait necessary in protecting caterpillars from predation by birds.
Perhaps someday, someone will begin propagating this species for that segment of earnest butterfly gardeners who would value the plant more for its value than its aesthetics.  But, until then, anyone with an interest will have to be lucky enough to find a few seeds at the right time and place.  I have not grown velvetleaf milkweed for more than a decade and we are unlikely to attempt it again at Hawthorn Hill unless we get some demand.  Let us know and we'll keep our eyes out. 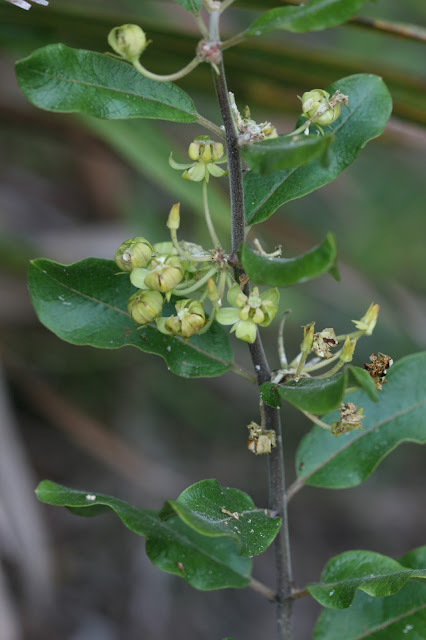 Posted by Hawthorn Hill at 7:53 AM