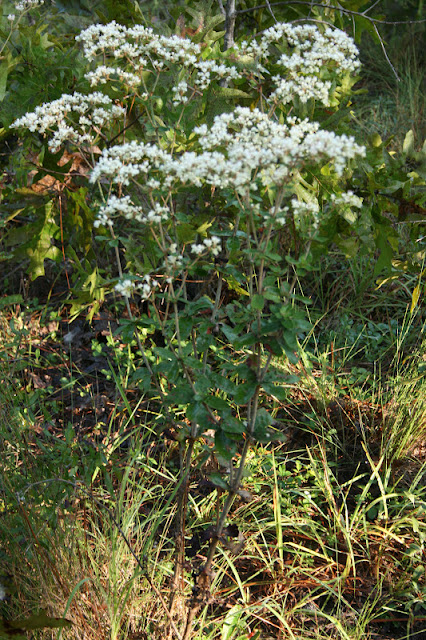 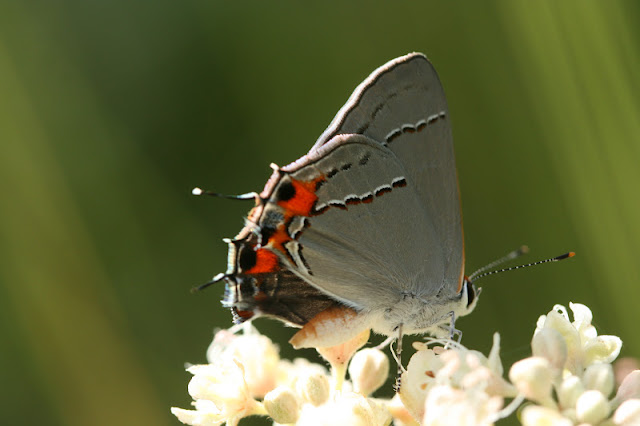 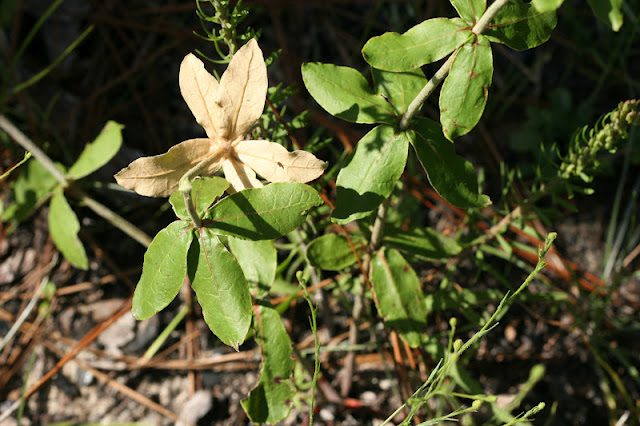 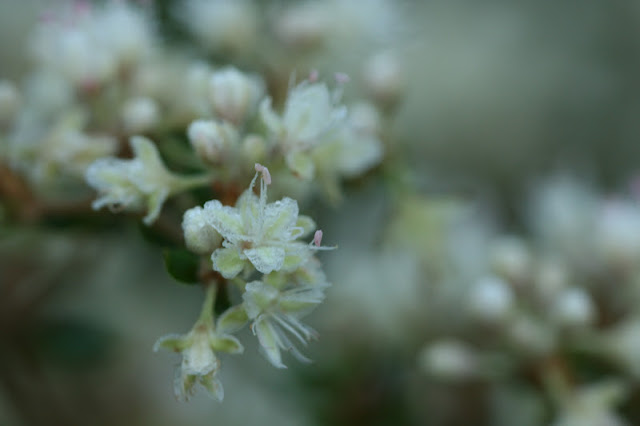 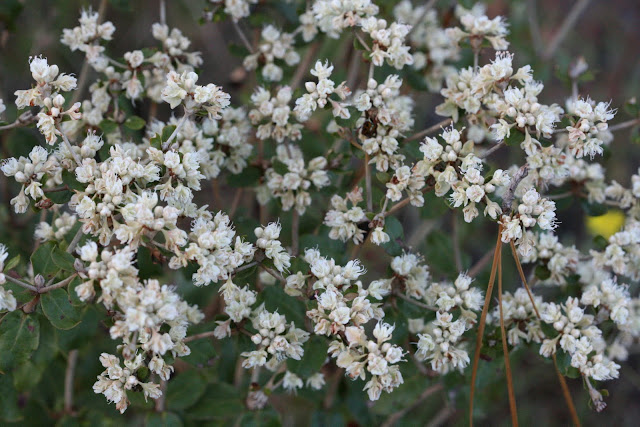 Wild buckwheat (Eriogonum tomentosum) occurs in well-drained sandy uplands across much of Florida, except the southern one-third of the peninsula. It also occurs in similar habitats in the Southeastern Coastal Plain up to South Carolina. This is a rather common plant in those areas where it occurs (except in North Carolina), but goes largely unnoticed when not in bloom.


Wild buckwheat is a deciduous perennial which eventually reaches about 2 feet tall. In the spring, it consists as a whorled set of elliptical basal leaves, each about 6 inches long. As the Latin name implies, they are densely wooly on their undersides. Often, these leaves begin to wither and die as the flower stalk grows upwards in late summer. At this time, the plant consists mostly of several main stalks, each multi-branched and covered by sets of whorled leaves around the various branch nodes. These leaves are only about 2 inches long.

Flowering occurs in late summer and early fall. Each plant produces numerous inflorescences of creamy white flowers. In full bloom, this wildflower is quite striking; especially contrasted with the many yellow and lavender flowers common to the habitats it occurs in. The flowers attract a wide assortment of pollinators, but are not especially attractive to butterflies. And, it is not recorded as a larval plant, though the gray hairstreak does use a few members of the buckwheat family.

I have not seen this wildflower offered by any of the native plant nuseries who are members of the Association of Florida Native Nurseries (AFNN) during my 20+-year career here. This is regretable as this attractive species has much to offer a mixed wildflower planting. We are currently propagating it here at Hawthorn Hill and hope to have plants available in 2011.  Ask us about it if you are interested.

Wild buckwheat is rather easy and forgiving in the landscape, but requires sandy soils and good drainage and sunlight to prosper. Use it in a mixed planting with blazing stars (Liatris spp.), Florida paintbrush (Carphephorus corymbosus), grassleaf goldenaster (Pityopsis graminifolia) and similar species common to sandhill and xeric flatwoods sites. Because of its height, it would do best in the middle portion of the planting bed.
Posted by Hawthorn Hill at 8:18 AM