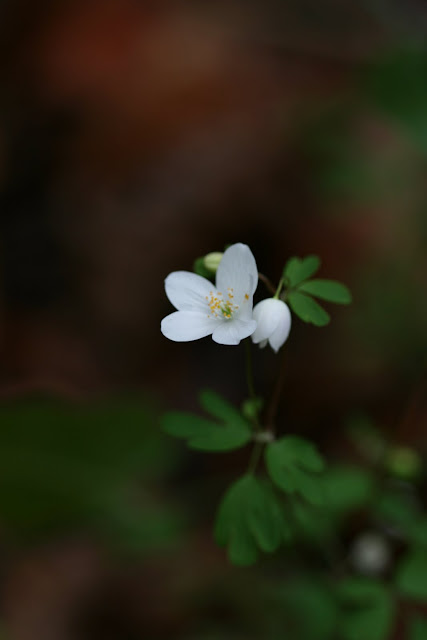 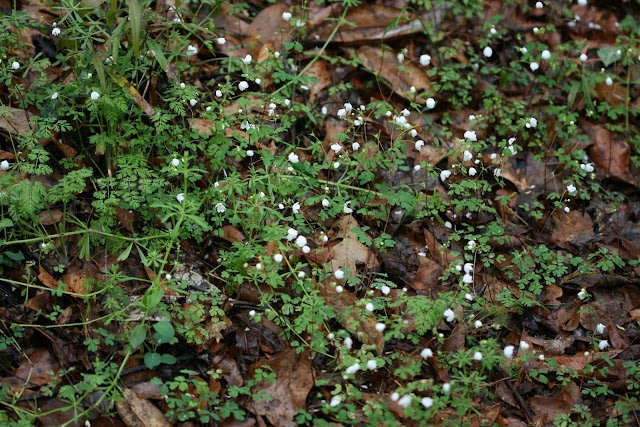 Eastern false rue anemone (Enemion biternatum) is another wildflower found in and around Florida Caverns State Park in the central panhandle of Florida.  It is extremely rare in Florida and listed as a state endangered species, but quite common to states and provinces north of us to southern Canada and throughout the eastern half of the U.S.
This is a perennial ephemeral spring wildflower; emerging in late winter in the understory of deciduous hardwood forests, flowering before the canopy closes, and then declining by late summer.  In Florida, it is found in calcareous woodlands, but it is not confined to them throughout its North American range.  The plants stand about 12- 18 inches tall and tend to sprawl a bit instead of being upright.  Many small crystalline white flowers are produced at the tips of the many stems.  As such, individual plants are quite showy for the several week period in March while they are in full bloom.
Eastern false rue anemone has never been offered for sale to home gardeners in Florida by any of the commercial nurseries affiliated with AFNN - the Association of Florida Native Nurseries, and it is not likely to be given its great rarity here and its seemingly narrow growing tolerances.  It is offered by a wide variety of out-of-state nurseries, however, and might make an interesting candidate for a home gardener here looking for a challenge and an experiment. It is a beautiful and dainty wildflower that would make a wonderful addition to the understory of a woodland planting - in the right setting.
Posted by Hawthorn Hill at 7:33 PM