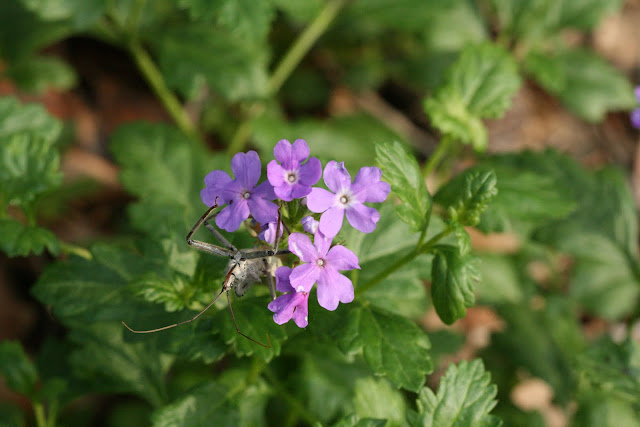 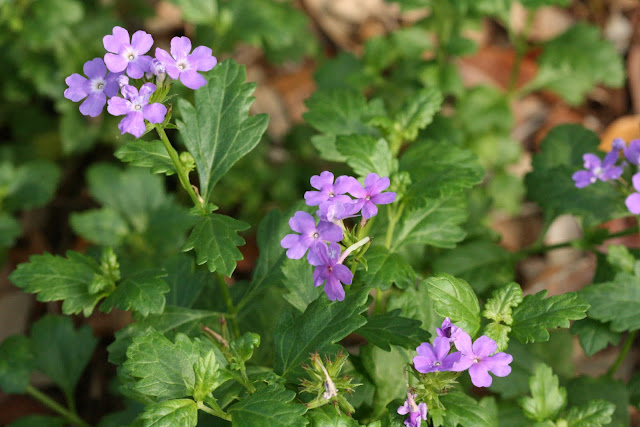 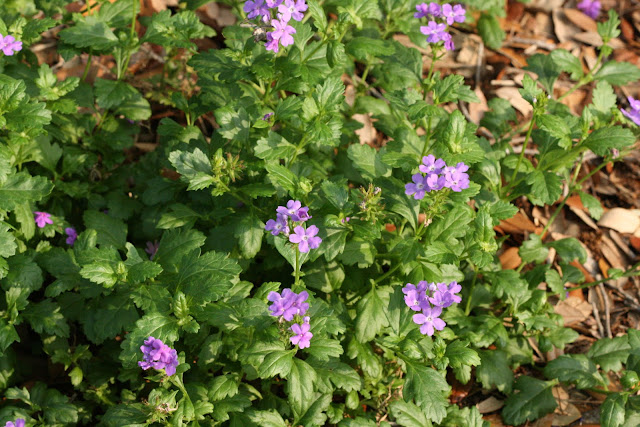 Like its close cousin Tampa verbena (Glandularia tampensis), beach verbena (G. maritima), is extremely rare in nature, endemic to Florida, and listed as a state endangered species.  For the most part, it occurs only on the east coast of Florida on beach dunes, though it has been reported from Levy County.
Beach verbena is an extremely tough plant.  Its rarity is the result of widespread coastal development throughout its limited natural range.  Like beach sunflower (Helianthus debilis) and blanketflower (Gaillardia pulchella) that it is commonly associated with in nature, it is right at home in the salt spray, low-nutrient sands, and full blown sun of the coastal environment.  And, like them, it can adapt to a variety of less harsh environments in the home landscape.
Beach verbena grows rather prostrate along the ground, forming a low-growing mass over time.  As such, it makes a wonderful groundcover in the right setting.  Its rich green foliage is evergreen, though subject to freeze damage if exposed to temperatures below freezing.
Flowering occurs throughout the growing season.  The flowers are very similar in color and structure to Tampa verbena, though the individual flower heads may be somewhat smaller.  Well-grown specimens produce a wonderful floral display and attract the attention of butterflies and other pollinators.
I have seen this plant used quite effectively as a groundcover when given a location with good sunlight and drainage.  It seems to perform quite well, for example, in the area between sidewalks and roadways - locations notoriously difficult to landscape.  It is subject to fungal problems and will quickly decline if allowed to become too crowded.  Do not plant it into mixed flower beds and give it plenty of room between adjacent plants.  I believe it does best as a single-species planting in full sun or mixed with other coastal species in a dune landscape.
Beach verbena is not widely grown by the commercial nursery trade, but it is available with a bit of looking.  We do not keep it in our landscapes at Hawthorn Hill, but only because we simply do not have the right spot for it.  Seek this plant out if you do and it will reward you.
Posted by Hawthorn Hill at 9:22 AM