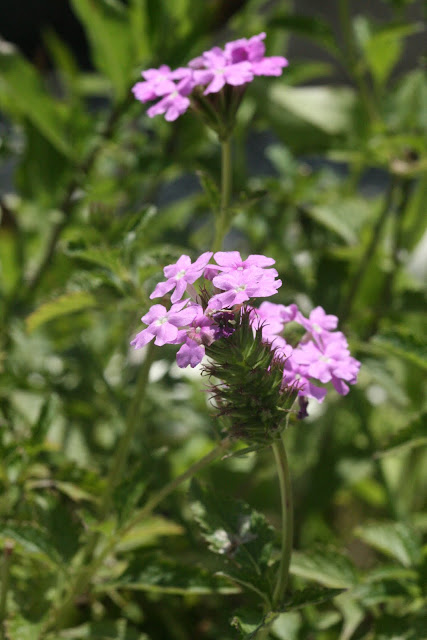 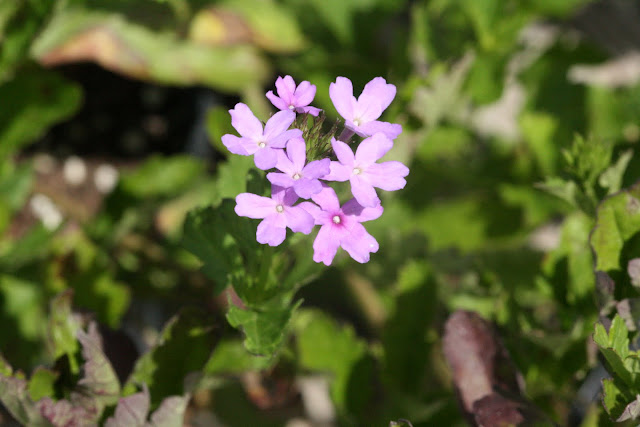 Tampa verbena (Glandularia tampensis) is extremely rare in nature, listed as a state endangered species, and endemic to about a dozen mostly coastal Florida counties in central Florida.  It is not a coastal species, however, but largely confined to moist forested habitats in light gaps and edges.  It seems to prefer areas that are lightly disturbed, such as foot trails and near wind-thrown trees.  Although considered to be a perennial, I have not found individual specimens to be especially long-lived and in nature populations seem to appear and disappear despite stable environmental conditions.
Thankfully, this beautiful wildflower is extremely easy to propagate and can be used in the home landscape with success - though it will need to be replaced frequently no matter how well you mimic its natural environment.  Tampa verbena remains evergreen as long as temperatures do not dip too far below freezing.  It is weak-stemmed and prone to fall over a bit, but well-grown specimens may stand several feet tall.  The diamond-shaped foliage has toothed margins and the leaf veins are noticably indented.  In addition, it is a bright green in color and quite attractive.
What makes this plant most attractive, however, is its blooms.  Flowering occurs throughout much of the growing season.  Round heads of bright lavender flowers produce a showy display across the top of the plant, and they are especially attractive to butterflies and other pollinators.  Mature specimens produce multiple stems, so each plant may have numerous heads of flowers in bloom at any one time.  Individual flowers remain open for many days before closing.
Despite its rarity in nature, Tampa verbena is propagated commercially by a number of nurseries and is generally widely available.  In the home landscape, it can be grown successfully in sunny locations if given sufficient moisture and in partly sunny locations as it generally occurs in nature.  It becomes weak and leggy with too much shade.  Use this plant like an annual or short-lived perennial in the landscape and be prepared to replace it often.  I like it best when used in a mix of wildflowers in a woodland edge planting - with species such as woodland phlox (Phlox divaricata), violets (Viola spp.),  Indianpinks (Spigelia marilandica) and such, but it also is an excellent choice for a planter placed in good sunlight, but watered often.
Posted by Hawthorn Hill at 8:36 AM