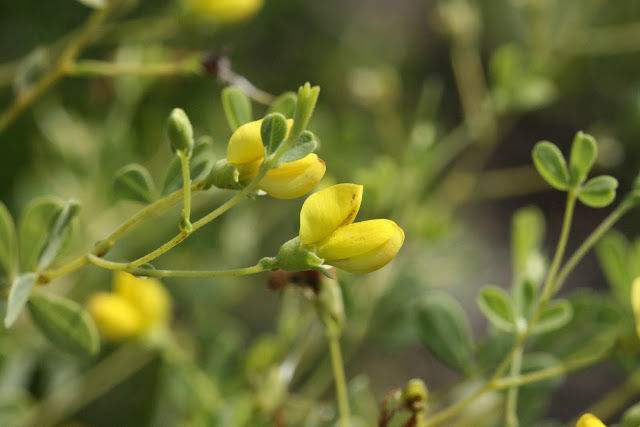 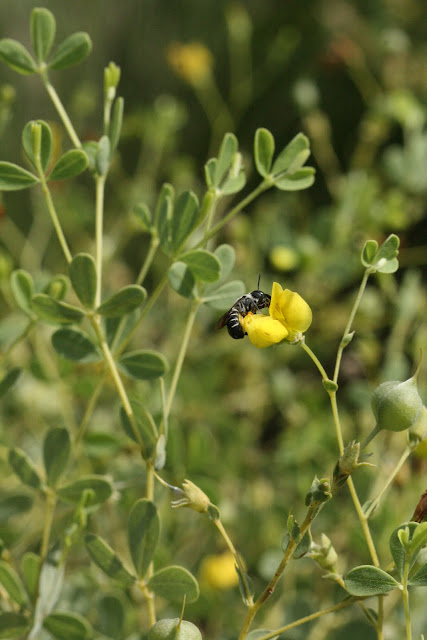 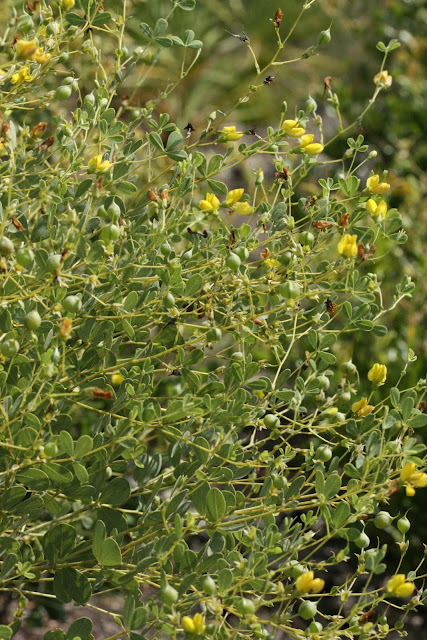 The bean family contains a large number of wonderful wildflowers: lupines, daleas, leadplants, wisteria, and the like.  The genus Baptisia is no exception and the vast majority are extremely beautiful and highly sought-after by home gardeners.  Pineland wild indigo (B. lecontei) may be the least showy of the group.
Pineland wild indigo occurs throughout the northern two-thirds of Florida in well-drained soils and full sun.  It also has been reported from Georgia. The plants above were photographed in a scrub located within Starkey Wilderness Preserve in Pasco County, but this species also is resident to sandhills and open dry upland woods.  Like all Baptisias, pineland wild indigo is deciduous and dies back to the ground each winter.  In early spring, it makes its appearance known and quickly grows to a mature height of about 3 feet in late spring/early summer.  This is a round semi-woody shrub and mature plants are at least as wide as they are tall.
Flowering occurs around April and May under normal years.  The entire crown is covered by 1-inch long canary yellow blooms, that are pretty, but not spectacular.  These are mostly of interest to small bees as butterflies have a difficult time bulldozing their way between the uppper and lower lips of these flowers to reach the nectar. Eventually, the pollinated flowers ripen into few-seeded "peas" and these seeds are of great value to seed-eating songbirds, mice, and other wildlife.
Pineland wild indigo has never, to my knowledge, been offered for sale by any of the commercial native plant nurseries affiliated with AFNN - the Association of Florida Native Nurseries.  I suspect it would be easy to grow from seed, but have never tried it.  As other, showier Baptisias are regularly offered in the trade, this is likely a species that will never be propagated for sale.  But, we can admire it for its own unique character if we are hiking nearly anywhere in the right habitats in the northern half of Florida during late spring.
Posted by Hawthorn Hill at 6:30 AM