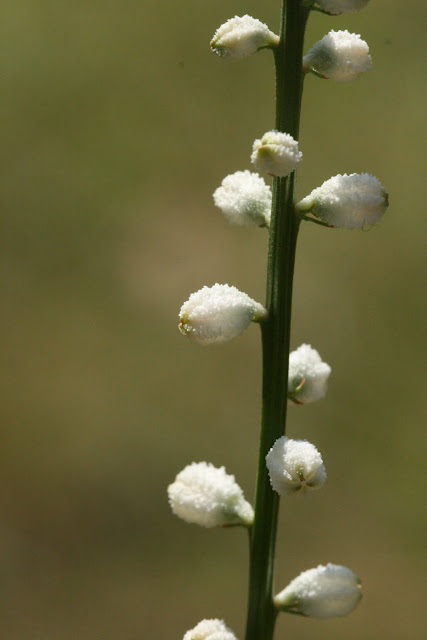 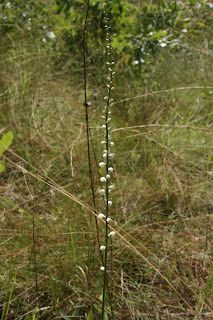 White colic-root (A. obovata) is also relatively common in the open moist savannas and flatwoods of north Florida, south to the latitude of Citrus County.  It is a close relative of the more common yellow colic-root (A. lutea) and even shares the trait of having "bumps" on the outside of its flower buds.  But, as the common name states, this species has white flowers.

These blooms also differ by their shape.  White colic-root has rounded flowers that are not at all tubular-shaped and they open only slightly at the tip to let pollinating butterflies reach their nectar.  Blooming generally occurs a bit later than in yellow colic-root as well; usually between April and June.  And, the buds are more evenly spaced along the main stalk.
I have never seen white colic-root offered for sale by anyone affiliated with the Association of Florida Native Nurseries - AFNN - but its interesting aesthetics warrant more attention.  It would require similar growing conditions as yellow colic-root: evenly moist soils and partial to full sun.  Such conditions are not often easy to provide in typical landscape settings.  If used, it would mix well with yellow colic-root and other medium-tall wildflowers that have later blooming seasons.
Posted by Hawthorn Hill at 7:13 AM