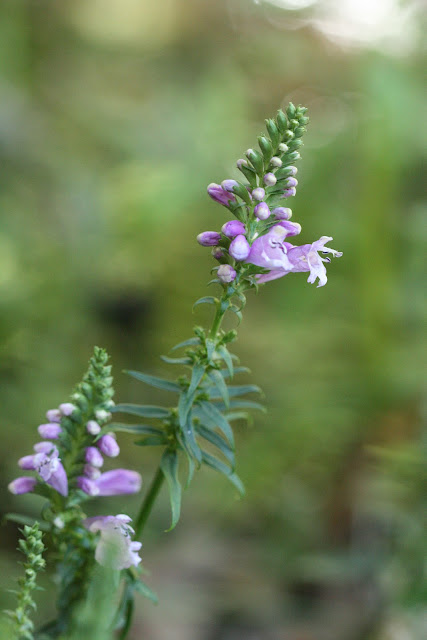 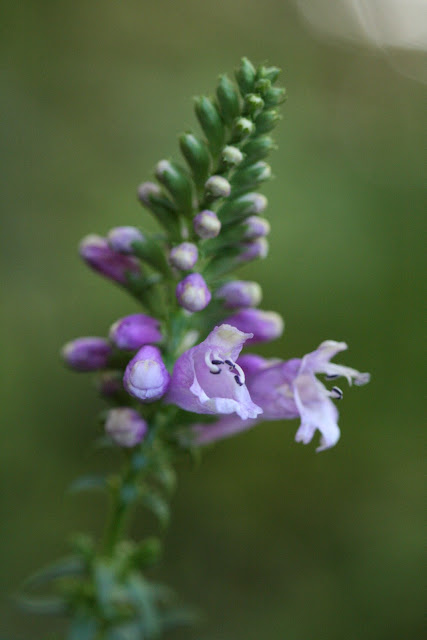 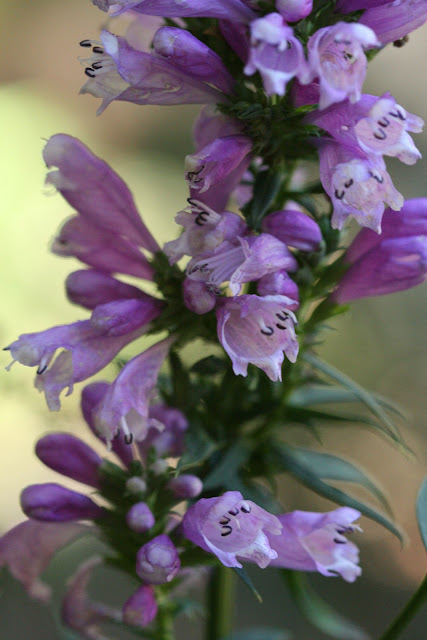 This very attractive member of the mint family is one of several species of obedient plants found in Florida.  There is some confusion regarding the nativity of this species, however. Some consider it to be an introduced non-native, while others regard it as a true native. All are wetland species with pink to purplish pink "snapdragon" flowers - which gives this group its other common name; "false dragon-heads".  Of the four species found in Florida, only this one, Physostegia virginiana, is likely to be found for sale by commercial sources.
Obedient plant is a deciduous perennial that dies to the ground each winter and emerges early in the spring. It produces few basal leaves before quickly sending a tall and lanky flower stalk upwards.  For most of the time from late spring to late summer, it exists in this condition; a 2-4 foot-tall stalk with linear opposite leaves.  In this condition, it is not especially interesting.
By late fall, however, that changes with the onset of flowering.  Obedient plant produces large numbers of deeply pink blooms along the top 6-8 inches of the flower stalk. These occur at right angles to the stem and, like many other mints, are most interesting to pollinating bees; although butterflies and even hummingbirds may visit them.  The common name comes from the fact that you can gently push the open flowers 90 degrees and they will stay there; they are, in a sense, "obedient".
Obedient plant is native to the northern two-thirds of Florida and much of North America, and it is adaptable to most landscapes in the state if planted in moist to wet soils.  It has good tolerance for short-term periods of drought, but it will eventually expire if moister conditions do not return.  When it is in an area it is comfortable with, it will sucker extensively.  This is a problem in small confined areas, but a blessing if used in expansive plantings along ponds and streams.  In mass, during late October to November, large stands of this plant in bloom are spectacular.  Because it occurs as multiple, but thin, stems, it rarely outcompetes other neighboring wildflowers - unless they are diminutive.
Use this wildflower with native yellow canna, iris, cardinal flower, and native hibiscus and it will fill in the "holes" throughout the planting.  It may have to be periodically thinned, however, to keep it in the locations it is wanted. Obedient plant is often available from nurseries associated with AFNN - the Association of Florida Native Nurseries.  We have kept it in our landscape at Hawthorn Hill for years, but we do not propagate it for sale as others do that well.  If you have the right location for obedient plant, I would encourage you to give it a try.
Posted by Hawthorn Hill at 6:06 AM