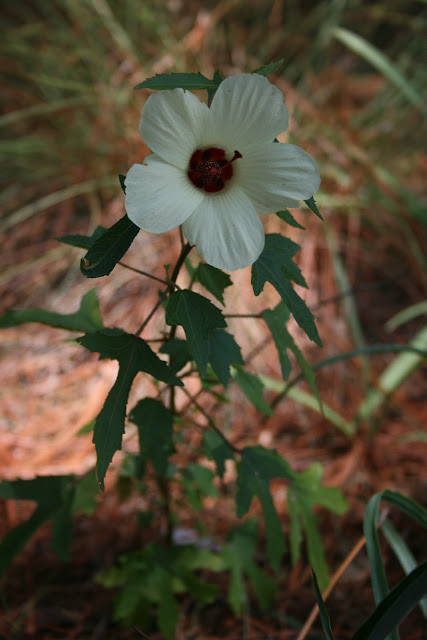 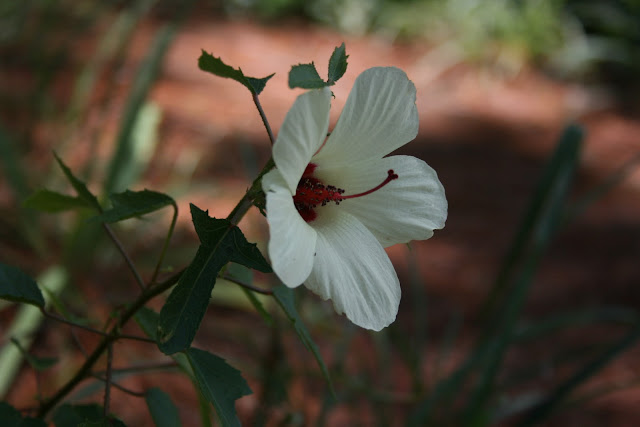 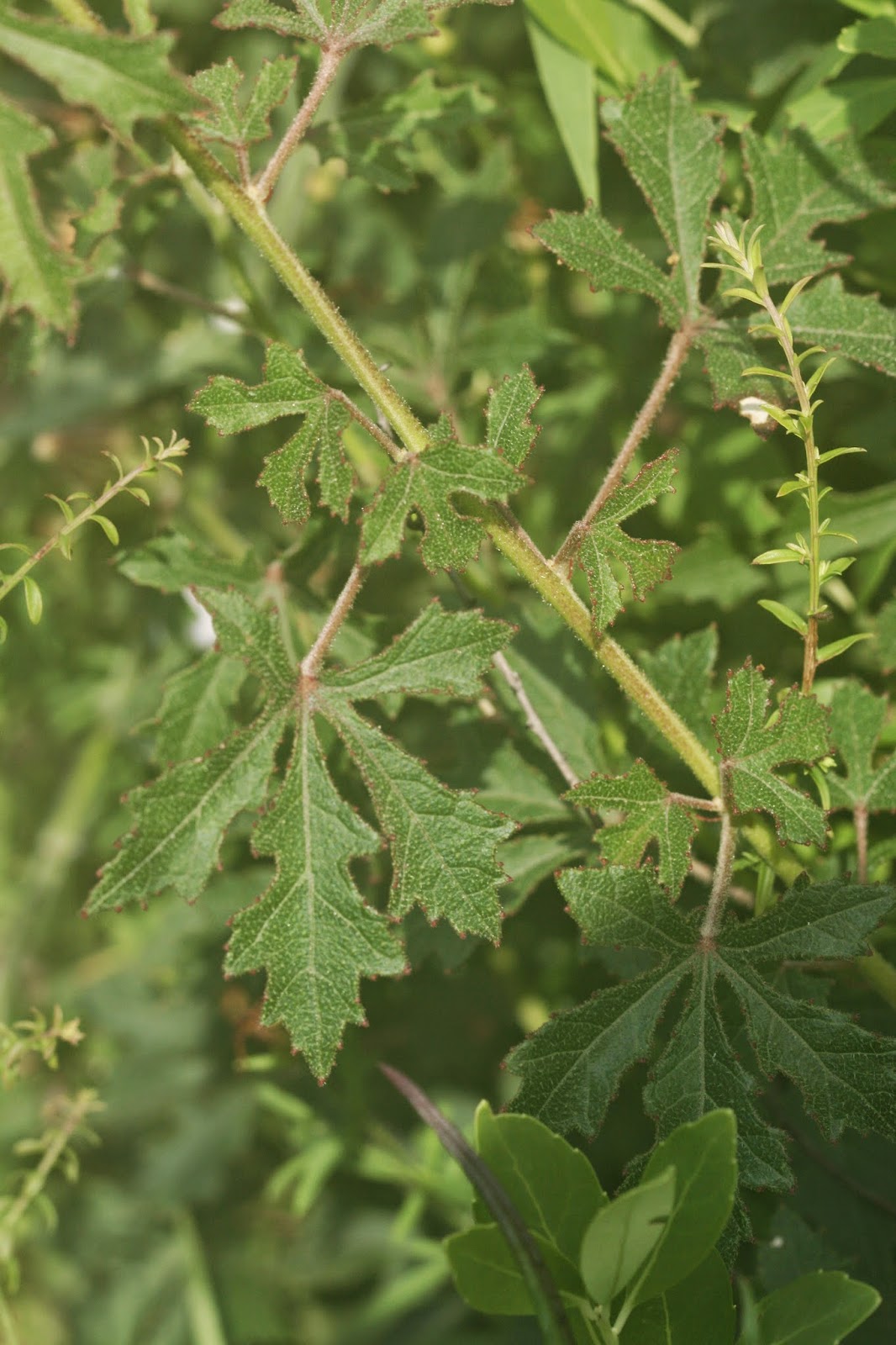 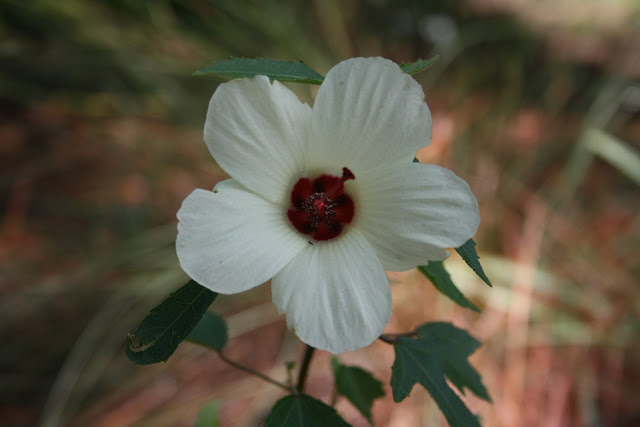 Despite its common name, pineland hibiscus, or comfortroot (Hibiscus aculeatus) is a wetland plant, frequently encountered in very wet pinelands and along roadside edges where soils are saturated for at least part of the year.  It has more drought tolerance than some native Florida hibiscus and will tolerate extended drought to some extent, but it will eventually perish if not provided moist to wet soils for at least part of the year.
Pineland hibiscus is a deciduous perennial that emerges each spring from a semi-woody root base.  Multiple stems are produced, but unlike our other species, these stems sometimes remain low to the ground and act almost like a groundcover.  Each stem may venture several feet from the central growing point. They tend to turn up and stand 2-3 feet tall at blooming time. The scabrous 3-lobed leaves are rather small and rough to the touch.
Pineland hibiscus produces saucer-shaped blooms that are a bit smaller than some; rarely more than 4 inches across.  The petals are a creamy white in color (more yellowish than those of H. moscheutos, for example) with a crimson center.  Plants in bloom are very attractive and remain so for weeks during the early to late summer months.
This plant occurs naturally in Florida only in the panhandle (there are records from Lake County as well) and also occurs throughout the southern tier of states along the Gulf Coast to Texas.  I do not recommend its use very far south into the Florida peninsula.  We have grown it at Hawthorn Hill in Pinellas County for several years though, and it may be more adaptable than I currently believe it to be - if grown in moist to wet soil.  Pineland hibiscus is a bit "weedier" in appearance than some of our other native species, but it can add great beauty to a mixed wildflower landscape at the edge of a marsh or open savanna - in an expansive setting and in small clusters of at least 3 plants planted 18-24 inches apart. This species has never, to my knowledge, been propagated by nurseries affiliated with AFNN - the Association of Florida Native Nurseries, but it is available from a number of mail order sources with plants originating from north Florida. I would love to see it more widely propagated in the future.
Posted by Hawthorn Hill at 7:32 AM